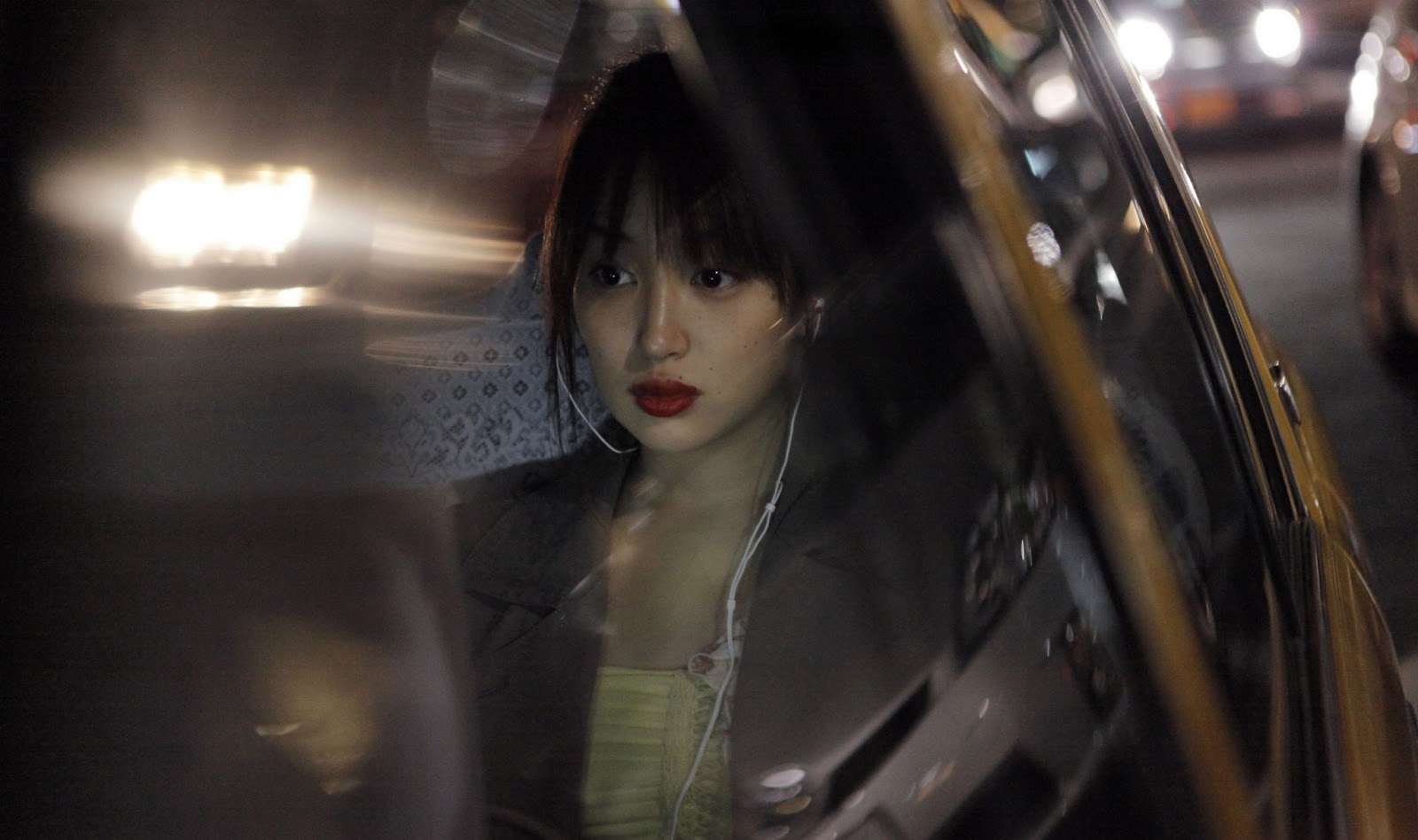 I am a fool in love. Like Someone in Love, the new film by art cinema master Abbas Kiarostami (Certified Copy), is a beautiful romance. It's a sensuous drama with no happily ever after and no glass slipper at the end of its tale. Like Someone in Love is definitely not a love story, but you’re bound to fall in love with it.

Like Someone in Love is a courtship of sorts. Kiarostami dances the audience along in the opening scene and plays a game of hard to get by starting the film with a striking reverse shot. The film begins from the point of view of an unseen speaker. It’s not until five minutes in to the film that the speaker is revealed, so Like Someone in Love starts with a single static shot of a crowded lounge as the audience listens to one woman’s side of a lovers’ quarrel.

Unsure from whom the voice is coming, one must gaze around the lounge and evaluate each female in the room. As one looks at the lips of each candidate and tries to match her speech pattern to the syntax of the subtitled monologue—this film by the Iranian auteur is entirely in Japanese (more on that in a moment)—this woman becomes a mystery. Then, one young girl (who seemed like an early contender to be the voice’s owner) gestures to a character off-screen. Kiarostami then reveals the source of the anxiety: she’s a beautiful young girl named Akiko (played by an impressive Rin Takanaski).

Akiko is on a date. We know this because the seat opposite from her is empty but it’s paired with a second glass of wine. Like Someone in Love introduces Akiko with no backstory and no context. Kiarostami lets the conversation play out in real time and invites the audience to meet Akiko as if we’ve just walked into the café, or are seated nearby and eavesdrop mid-conversation. Why Akiko quarrels with her boyfriend is unclear. He seems like a hyper-obsessive Svengali even though we never hear his voice. Ten to fifteen minutes of one-sided conversation pass by and the mystery behind Akiko only becomes greater. Her companion briefly intervenes during the tail end of the conversation, but Akiko shushes him away and fibs to her boyfriend that she’s sharing wine with a female companion. The mystery now becomes whether Akiko’s boyfriend is jealous, abusive, or rightfully concerned.

Akiko leaves the bar and takes an extended taxi ride home. This beautiful, quiet, and composed girl only appears stranger by the minute as Like Someone in Love examines its protagonist in nosy long takes. Takanaski makes Akiko more enigmatic by the minute, as the actress morphs through a range of emotions without shifting in her seat. Indifferent, pensive, and then altogether morose, Akiko seems troubled—what secrets is this girl harboring? What is she running from? 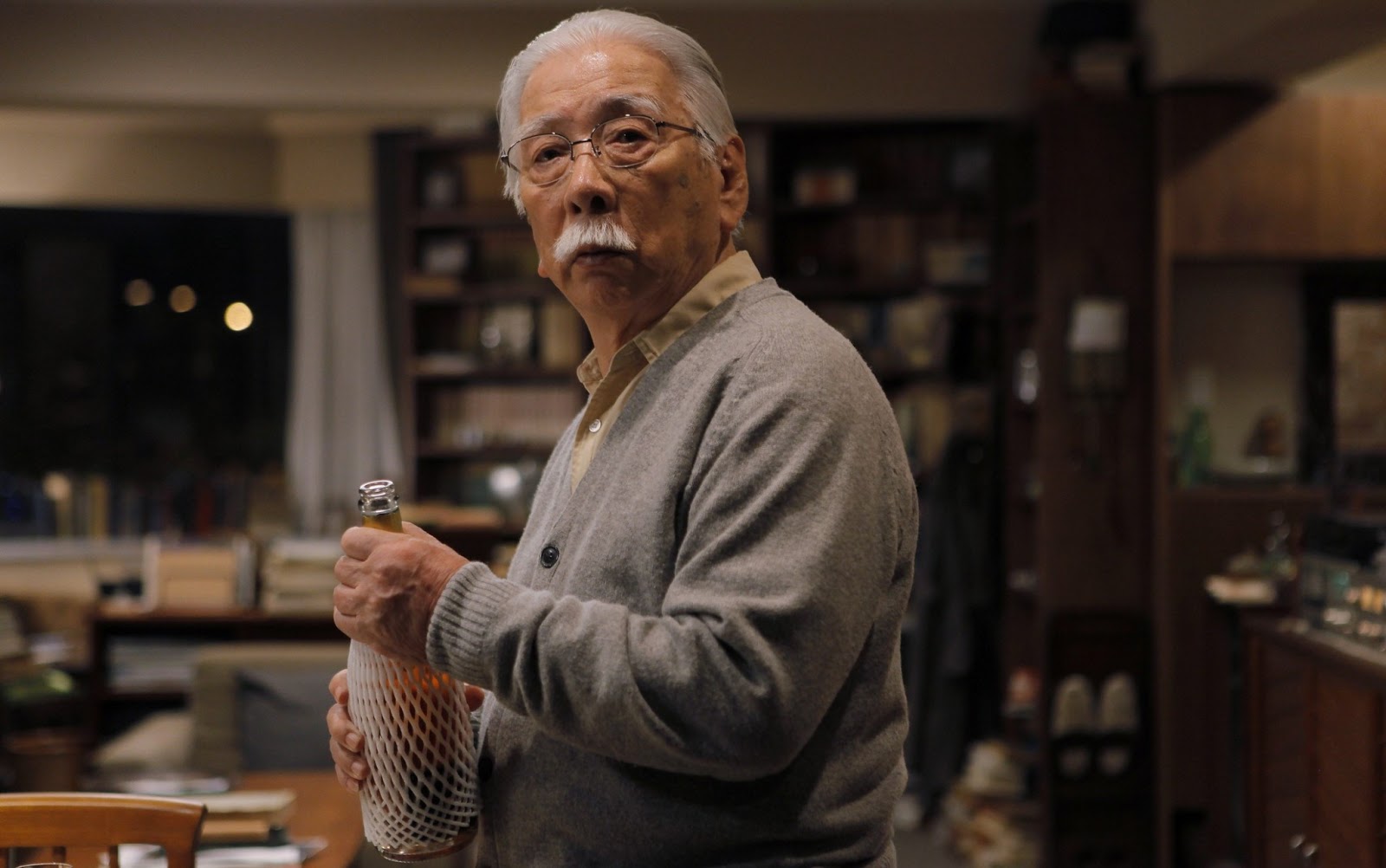 Like Someone in Love introduces its second partner when Akiko’s cab arrives at its destination. An elderly professor, Takashi (Tadashi Okuno, equally strong), invites Akiko into his home. With dinner set and champagne awaiting her, Akiko now looks like a bashful escort. Their conversation is too modest and innocent, though, to be a transaction between a prostitute and her john. The man could be her grandfather, if not for how candidly he compares Akiko a portrait and observes that she looks just like his wife.

The sexy music Takashi selects to heighten the mood is “Like Someone in Love,” crooned with breathy passion by Ella Fitzgerald. The “like” in the film’s title, piqued by the desire in Fitzgerald’s song, is surely ironic. Like Someone in Love is an anti-love story. Kiarostami refuses to grant his audience a loving embrace or a tender kiss. There is no passion between the characters onscreen—only silence, longing, and anger.

There is nevertheless a sense of a relationship blossoming between Akiko and Takashi. The girl stays with the professor for much longer than he presumably paid her. This encounter is not a one-night stand. The anti-romantic beauty of Kiarostami’s flawlessly composed long takes (lensed by cinematographer Katsumi Yanagijima) calls to mind the poetic realism of Michael Haneke’s Amour, which also said something new about the power of romance through a most unconventional love story. Like Someone in Love, however, uses the lengthy, elliptical views of Akiko and Takashi to confront one’s expectations for love stories. The film is more like an Asian horror film, as Kiarostami hooks the viewer through a slow build of character and atmosphere, and then kills the mood with an explosive turn of events. Like Someone in Love only seems like a love story on the surface.

This latest effort might not be quite as enthralling as the sensuous intellectualism of Certified Copy, which was also an anomaly among romances, but Like Someone in Love is still another exciting entry from one of cinema’s masters. The imaginative level-headedness of this production continues Kiarostami’s preoccupation with art and life—like the trial in Close-Up or the art imitating life in Certified Copy—and perhaps offers one of his better conflations between the two. The story between Akiko and Takashi unfolds like life itself, but it’s only like two people in love. A cinematic semblance can never be the real thing.

Like Someone in Love should also be a highlight for film buffs to explore trendy topics in film theory and chatter. Kiarostami, popular among the festival crowd and academics, is invoked as a contemporary for national cinema and world cinema alike. His early works brought considerable international attention to Iranian cinema and, partly due to the lack of availability of other Iranian films and partly due to a wealth of poetic imagery, spawned much debate for a robust national auteur. As his films travelled, the director did the same. Certified Copy marked the first time Kiarostami shot outside Iran (in France) and transnational cinema quickly had a new poster boy. Like Someone in Love should thus be an intriguing case for world cinema debaters. The film carries many of the same traits that popularized the director’s Iranian works, but it is a French-Japanese co-production shot in Japan. The dialogue is Japanese and the credits are in French, if one wants an even greater sense of fusion.

Like Someone in Love is currently playing in Toronto at TIFF BellLightbox.
It opens in Ottawa at The ByTowne in April 19th and screens at The Mayfair July 8-9.