Hot Docs Reviews: 'As Time Goes By in Shanghai', 'The Crash Reel'

As Time Goes By In Shanghai 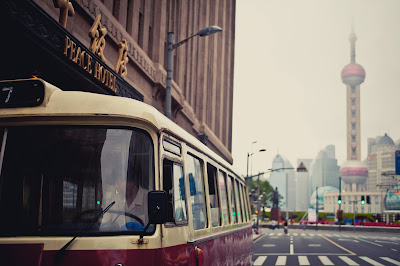 I won’t emphasize “You must remember this…” as a caveat for anyone planning their doc screenings in the coming months, but As Time Goes By in Shanghai is sure to please fans of sweet nostalgic music. This German-Dutch co-pro tells of Shanghai’s legendary Peace Old Jazz Band, which holds the Guinness world record for oldest band. They’ve only been playing together since 1980, but the members are mostly over eighty years old. They put on a swell show for a group of old-timers.


The Peace Old Jazz Band is becoming world famous as they make their way to The Netherlands to perform in an international music festival. Along the way, director Uli Gaulke profiles the band in depth, and draws out numerous lessons on China’s Cultural Revolution, which is intricately connected to the band’s own history. (As Time goes By in Shanghai is thus a good companion piece to this year’s other Chinese culture pic Chimeras.) Unfortunately, though, As Time Goes By in Shanghai undercuts much of its historical richness by offering a catalogue of clichés about milquetoast geriatrics and “cute” old folks. As Time Goes By in Shanghai is slight, but the soundtrack is lovely and listening to the jazz group perform is reason enough to see the film. Well, we’ll always have Paris? 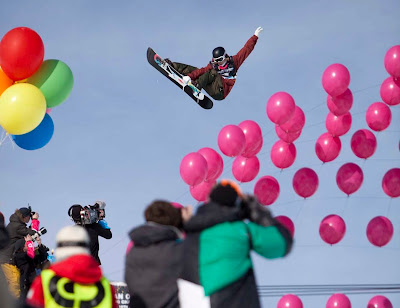 I flinched several times during The Crash Reel. Director Lucy Walker offers some extraordinary footage in this compelling and tightly constructed documentary. The Crash Reel looks at the tragic case of snowboarder Kevin Pearce, whose strong prospects at taking home an Olympic gold medal fell short when he suffered a major brain trauma in a fall during a routine practice on a half-pipe. Walker shows the gut-wrenching accident, which sees Kevin catch a tip on the pipe and then careen head first onto the packed snow many feet below. He hits the ground like a hardcover book instead of like a rag doll. His outlook doesn’t seem good from the opening scene.

The footage of Kevin’s accident is covered so well that one would almost guess that the filmmaker was profiling Kevin before his fall. (The clips on the half-pip were pieced together from five different sources, yet there isn’t a frame lost.) Walker structures the film quite smartly so that viewers who are not fully aware of Kevin’s incident will be on the edge of their seats as they determine the likelihood of his recovery. The Crash Reel is a tragic account of athletes cut from the peak of their power and the top of their game. Walker uncovers the various factors that make the rush of the sports such a risk (such as sponsorship, entertainment value, and completion) and contribute to pressure burdened upon athletes who push themselves to such extremes. The Crash Reel finds the larger story behind Kevin’s accident, and makes a persuasive argument that athletes in extreme sports need to see what’s at stake in the adrenaline-rush of their game, for the slightest miscalculation or twist of fate could leave them—and their families—in the most tragic of circumstances.

The Crash Reel deserves a high standing on the podium for this year’s Hot Docs winners. Walker offers an astonishing range of footage from a variety of sources—television shows, home movies, and even random bystanders—that is edited together seamlessly in a tight, adrenaline pumping arc. Paired with an excellent soundtrack, The Crash Reel captures the thrill of extreme sports, but emphasizes the hidden costs of the game, as relationships and even one’s own life are far more valuable than a medal. The Crash Reel is one of the strongest sports documentaries I’ve seen in a while.