2013 has already reached its midpoint. It seems to be going by so quickly, but the seasons of festivals and Oscar goodies can’t come soon enough. These movies could be a welcome relief to cinemas since 2013 hasn’t been an especially good year for films so far. Perhaps it was inevitable that the new crop might suffer in comparison to the endless stream of strong films that came out in 2012. I still haven’t given a five star review, although I was tempted to upgrade Frances Ha, which is far and away the best film to be released this year, when I saw it a second time.

Many of the best films to be released so far this year are actually festival holdovers from 2012. Darlings such as Frances Ha or Mud have been around since Toronto/Telluride and Cannes, respectively. Very few of the films to debut this year have been worth praising; moreover, while the independents have offered the best titles at cinemas this year, the output of major studies has never felt more bland and derivative. Every other major release looks like something that audiences have seen before: Oz: the Great and Powerful, Star Trek Into Darkness, Iron Man 3, and Man of Steel might seem new with their impressive VFX tailorings, but they all seem redundant. Even the latter two films couldn’t inspire me to buy a ticket despite enthusiastic reviews from many writers I find reliable. I just can’t be bothered to pay for a film I’ve already seen.

Originality will never die, though, as indie darlings like Mud, Frances Ha, Before Midnight, and Stories We Tell continue to perform well in limited release. (I should note that Stories We Tell doesn’t appear in any of the following lists because it was released in Canada in 2012 and made my lists for The Best Canadian Films and for The Best Films of 2012.) There has been a great bunch of indies, docs, and Canadian films to surface this year amongst the mindless junk. Some of the best films have come and gone, while others debuted at festivals and await release. I’ve decided to restrict my list of the best so far to films that have been released, although I also offer a separate list of festival favourites so you can keep an eye out for them.

Here, in alphabetical order, are my picks for the best films so far: 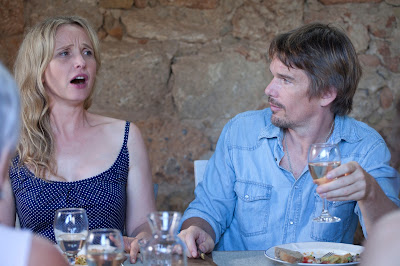 Few films tell a love story as tender and true as Before Midnight does. It’s impossible to dissect (or appreciate fully) the heartache of Before Midnight if one hasn’t watched Jesse (Ethan Hawke) and Céline (Julie Delpy) realize their fairy tale romance in Before Sunrise and Before Sunset, but the raw naturalism of Before Midnight should intoxicate even those who are meeting the couple for the first time. Are the Before films the best trilogy since The Godfather? 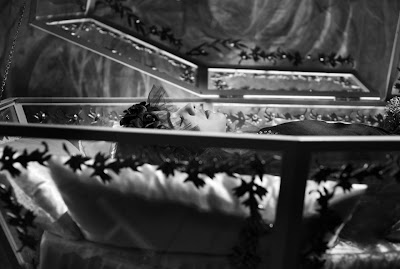 The Artist, for all its charm and whimsy, pales in comparison to Pablo Berger’s Blancanieves. Everything old is new again as Berger transforms the fable of Snow White into the imaginative tale of a heroic matador. Capturing the story in stunning black-and-white and with pitch-perfect appreciation for silent film aesthetics, Blancanieves could fool a well-versed film historian that it is an archival treasure. 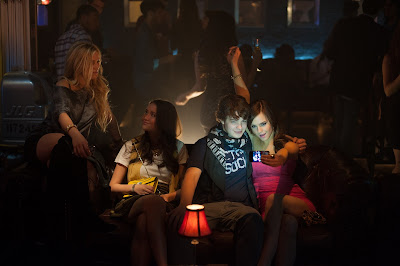 Fo’ shiz, Sofia Coppola’s satire on the social-savvy Twits of Generation Y is so spot-on that one could easily miss it. It’s brilliant how Coppola has the sense of humour to realize that shooting this true story in the very home of one of its victims, Paris Hilton, encapsulates the inundation of celebrity mania that’s creating a lost generation. Emma Watson is pitch perfect as one of the spoiled Bling-ers and she offers another of the striking disillusioned young girls of the Coppola canon. 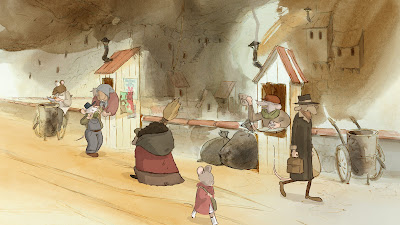 I usually hate kids movies (and kids more generally), but seeing Ernest and Célestine in a theatre full of rug rats was a hoot. (The subtitles also make it easy to appreciate the film above all their chattering.) The film is animated so beautifully and with such meticulous care that it conjures the sensation of seeing a bedtime story spring to life and animate its cuddly tale right before your eyes. Adults will love this just as much as the kids do. 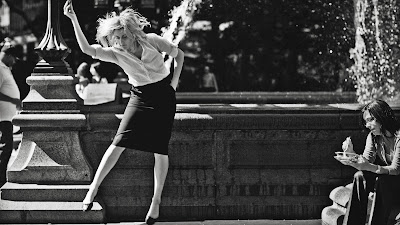 Ahoy, sexy! Greta Gerwig gives a star-making performance as the endearingly scatterbrained Frances makes an impressive leap as co-writer of the screenplay with director Noah Baumbach. Frances Ha is a delight that will have viewers, especially those with useless arts degrees, grinning from ear to ear. Has any film captured the current generation of twentysomethings with such verve and inspiring passion? No matter how sorry your situation, Frances will lift your spirits. 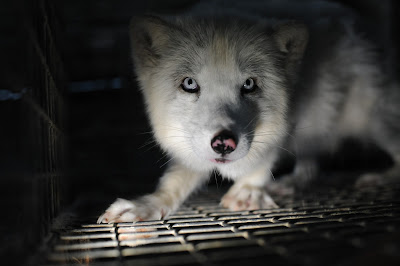 The Ghosts in Our Machine

Liz Marshall’s The Ghosts in Our Machine is one hell of a documentary. Few films at Hot Docs this year (or in theatres and festivals any other year) bring the kind of passion and urgency one sees in Ghosts. Marshall’s tale of animal photographer and activist Jo-Anne McArthur is an astonishingly compelling—and flawlessly executed—feat of cinema.
(Screens at Bloor Hot Docs Cinema July 2-4.) 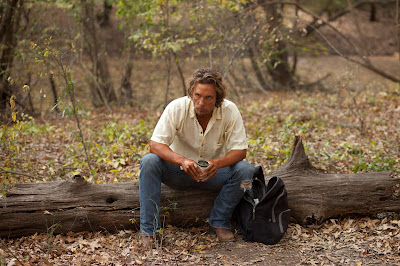 Jeff Nichols brought high expectations after the success of Take Shelter and he delivered with Mud. Mud brings a literary-like vision as Nichols creates a poetic coming-of-age film that’s firmly rooted in the atmosphere of the muddy Mississippi. Matthew McConaughey and Reese Witherspoon give strong performances, but the film belongs to its young star Tye Sheridan, who previously impressed us in The Tree of Life. 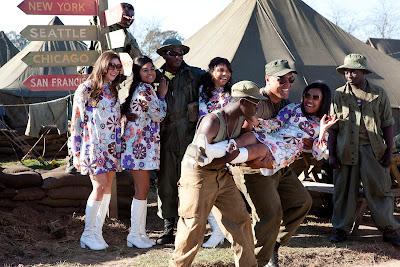 Why aren’t more people raving about The Sapphires? This Aussie pic is a true crowd-pleaser, as it provides euphoric toe-tapping fun. The Sapphires is hardly lightweight, though, as the film, which is based on a true-story, offers a breezy backstage musical that’s fully driven by Australia’s history of deeply-rooted cultural rifts and legacy of systemic racism. If only Canadian films could take note! 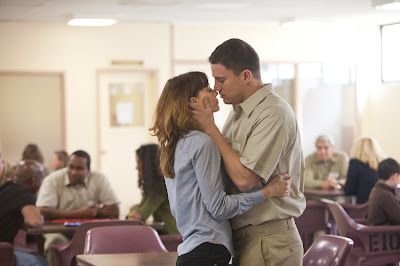 If Side Effects is indeed Steven Soderbergh’s last theatrical film, then he exits the cinema on a very high note. Side Effects, a taut Marnie-esque thriller, is a spell-binding mind game. Rooney Mara gives a sensational performance as a potentially deranged (or maltreated) murderess and she proves that her star-making turn in The Girl with the Dragon Tattoo was no fluke. 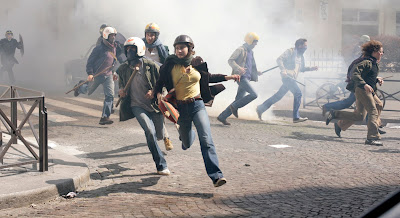 Something in the Air

One of the few films to which I’ve had the fortune to return since seeing it first at TIFF 2012, Olivier Assayas’s Something in the Air (Après Mai) is just as impressive the second time around. Fans of Assays’s epic masterpiece Carlos will undoubtedly love the director’s supposedly autobiographical tale of the student riots in Paris in the early 1970s. It’s a beautiful, palpably revolutionary film.

The best performances so far this year: 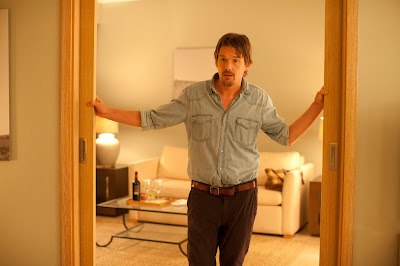 Julie Delpy gets the showier part, but Hawke’s performance is so honest, understated, and natural that it plays with a kind of invisibility. He’s a marvel and a perfect balance to Delpy’s electric neuroses. It’s the best work of his career. 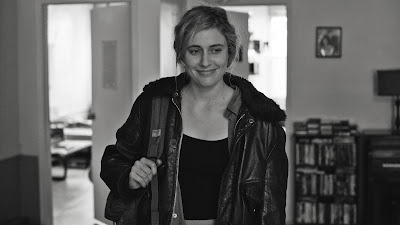 Greta Gerwig makes me happy about life.
Is she the new queen of the indies? 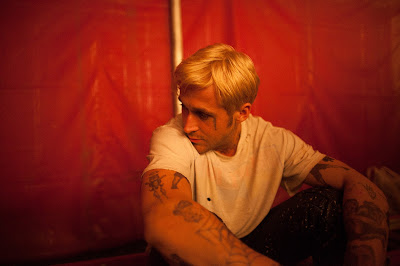 Ryan Gosling, The Place Beyond the Pines

The first act of Derek Cianfrance’s The Place Beyond the Pines is so strong that it makes the film worth seeing despite the gradual implosion that occurs as the film progresses. Ryan Gosling is excellent as a desperate bank robber/wannabe father, and the film suffers once he exits the picture. 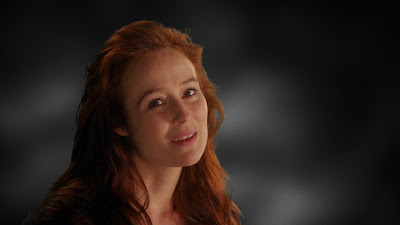 It might seem strange to include a performance from a documentary, but Liz Garbus’s Love, Marilyn is best enjoyed as a performance piece. Jennifer Ehle steals the show and eclipses a roster of Oscar winners/nominees with her fun voicing of the writing of Marilyn Monroe. It’s one of the few turns in the film to play like a true interpretation rather than a reading. Marilyn would be proud.

And just for fun, here are “best of” picks by category since early films rarely make it to the award season:

Best Film Editing:
The Ghosts in Our Machine, Roland Schlimme and Roderick Deogrades

What are your favourites so far this year?