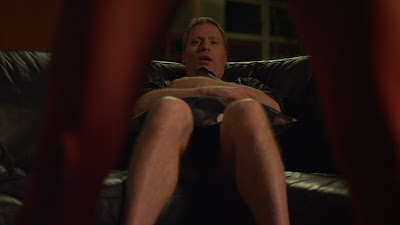 Love makes people do all crazy sorts of things. Or is it sex that makes people wacky? The rules of attraction fly out the window in Katrin Bowen’s screwball sex farce Random Acts of Romance, an intimate ensemble dramedy that plays this Friday at the Female Eye Film Festival.

The couple offers Bud a ride home to smooth out the possibility of a lawsuit, but their third wheel adds a jumpstart to their divorce. Whether it’s the head trauma or the pot, Bud extols the blandness of the missionary position en route to her apartment, calling the sexual standard the hallmark of doomed relationship. Awkward reaction shots suggest that the couple in the front seat is driving their sex life down a one-way street.

On the flip side of Holly and David’s marital blahs is the kinky shit enjoyed by David’s secretary, Lynn (Sonja Bennett). Lynn crosses paths with Richard (Ted Whittall), a chauvinist pig, proverbial man-slut, and bachelor for life who brings out the wild side in this seemingly straight-laced woman. Lynn is a shy secretary upon first glance, but she’s a dominatrix, voyeur, and stalker after hours. The kinky librarian type is brought to life by Bennett, who has a lot of fun taking the awkward sexual adventure of Random Acts of Romance down some very zany detours. Finally, the marital follies come full circle with the failing marriage of Max and Dianne, played by Zak Santiago and Amanda Tapping, a couple whose five-year marriage is shaken by financial woes and regrets. 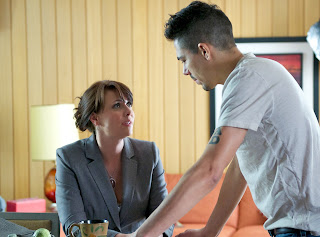 Bowen complements the naughty bits with some moments of potent relationship woes that are realized by the cast far better than much of the silly hijinks are. The latter story with Max and Dianne, for example, often misses the mark when it aims for uproarious laughs, but Santiago and Tapping excel in some bitterly heated arguments. The bickering between the couple is unnervingly natural. They’re not exactly Jesse and Celine, but scenes from their marriage seem just as bitingly real. On the other hand, the bedroom farce with Holly and David is awkwardly humorous, but Random nearly flies off the rails when it ties their fledgling marriage with that of Max and Diane.

The stories of Random Acts of Romance are odd little farces that show how anything can happen when love (or hormones) is in the air. Ribald and raunchy, Random Acts of Romance will certainly play well with fans of My Awkward Sexual Adventure or other NSFW pics that tread the line between rom-com and sex comedy. The lunacy of Random’s sexcapades aren’t always spot-on, but Bowen and the cast take the silliness so far beyond the awkward messiness of love that one can’t help but go along for the ride.

Please note there will be an audience Q and A with director and actors Amanda Tapping, Zak Santiago, Robert Moloney, Ted Whittal and Katherine Isabelle﻿