(Denmark/France, 89 min.)
Written and directed by Nicholas Winding Refn
Starring: Ryan Gosling, Kristin Scott Thomas, Vithaya Pansringarm, Gordon Brown, Yayaying Rhatha Phongam, Tom Burke.
Nicholas Winding Refn states in the press notes for Only God Forgives that “we must not forget that the second enemy of creativity, after having ‘good taste’, is being safe.” Leave it to the film snobs on the Croisette, however, to be the gatekeepers of good taste. It was disappointing to hear that the Drive director saw his latest feature booed by the art house crowd when it premiered at the Cannes Film Festival earlier this year, but Only God Forgives was rightfully reviled. It's awful, tasteless garbage.

Only God Forgives, however, hardly gives merit to hyper-stylized violence. Violence can be used to great effect to provoke or to incite debate, but it has no value when it is as empty as it is here. Winding Refn’s above statement, similarly, shouldn’t let readers assume that good taste and creativity are mutually exclusive offenses. Just recall the early days of film noir when violence and sex existed mostly in symbolism and innuendo. Films like Only God Forgives are the kind of pictures that might provoke conservative groups to call for a reinstatement of censorship, for it is a revolting ninety-minute montage of inexcusably vapid shock value. One can take risks without offending the masses, but making a film that’s tasteless for its own sake is hardly creative. It’s suicide. And it's pretty stupid.

Winding Refn’s step down from Drive to Only God Forgives might pose the most notable from-hit-to-shit tailspins since Guy Ritchie followed Snatch with Swept Away. If Drive was a beautiful feat of stylized carnage, then Only God Forgives is an artless mess of pornographic violence. Winding Refn paints the town red without reason. There is no substance underneath the layers of blood-soaked designer clothes in this chic clunker.

Winding Refn reteams with Drive star Ryan Gosling, but even the leading man’s sturdy stoicism doesn’t have a powerful effect. Gosling is surprisingly blank here playing Julian, who is put on a revenge mission when his older brother Billy (Tom Burke) is murdered on the say-so of a local cop named Chang (Vithaya Pansringarm). Manning the mandate of “an eye for an eye” is Julian’s sexpot mommy, Crystal, played by a deliciously devilish Kristin Scott Thomas. 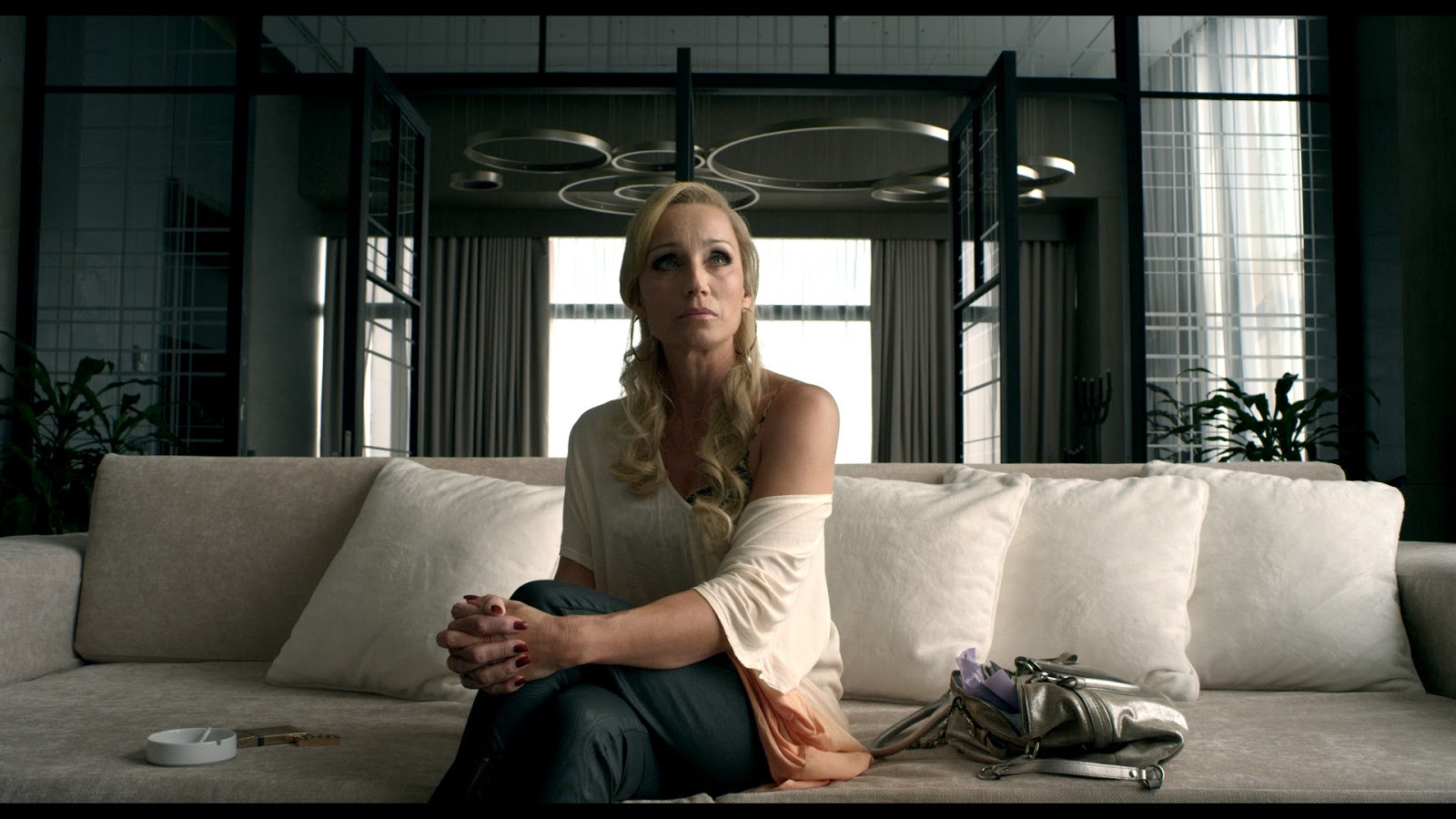 Only God Forgives succeeds only in the stunt casting of Scott Thomas as Julian’s bitchy hooch of a mother. From the opening introduction to Crystal, in which Scott Thomas playfully clacks her fake fingernails on a hotel counter and cusses out the desk staff, to the film’s delightful dinner scene, in which she calls Julian’s date a “cum dumpster” and makes dinner conversation by comparing her sons’ cocks, the usually prim English actress disappears completely under her bleached blond hairdo and sultry snarl. Playing into the film’s squirm-inducing Oedipal vibe, Scott Thomas is a scene-stealing villainess. Especially good is the seeming change of heart she has towards the end as Crystal makes an impassioned plea to be a mother again and Scott Thomas takes pleasure in being bad to the bone. The mother from Hell gives Only God Forgives the only moment in which it has the slightest hint of emotion.

The scenes featuring Crystal might also be among the few shots of Only God Forgives that aren’t soaked in red corn syrup. Scott Thomas’s fabulous performance, plus the palpable ickiness of Crystal’s relationship with her sons, shows that a film can still be risky without going over the edge. Crystal is sick and twisted, but she isn’t tasteless.

Winding Refn, however, goes overboard with the violence in the majority of the film. Scene after scene sees Julian, Chang, and company butcher, maim, and torture disposable secondary characters with relentless violence. Only God Forgives even cranks up the volume on the sound effects to make the acts of violence even more shocking. Squeamish cinephiles need not buy a ticket.

Only God Forgives isn’t necessarily any more violent than Drive, nor any Tarantino film for that matter, but the bloodshed feels different this time around. Winding Refn’s compositions are a blood-pumping palette of Martin Scorsese red and Gaspar Noé fluorescence, but there’s no moral centre behind the violence on display in the film. It’s stylish violence for its own sake. Whereas Gosling’s driver killed people to protect a mother and her son, Only God Forgives is just a revenge flick full of awful, black-hearted characters with little hope for redemption. Every man is a thug and a killer, and every woman is a sex object or a victim. The mythological undertones just add a layer of perversion.

Nicholas Winding Refn might want to start doing penance if he wants to step through the pearly gates of Cannes again. Not even God himself could forgive the excess of Only God Forgives.

Only God Forgives is currently playing in Toronto at TIFF Bell Lightbox.
It is also available on VOD.