OIAF Review: 'The Pain and the Pity'

The Pain and the Pity 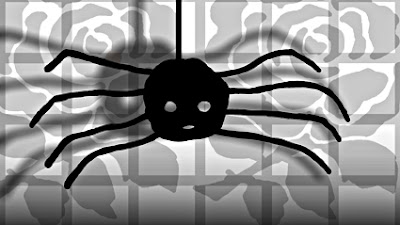 “It’s got to mean something. Why else would it have screened?” asks a character in Phil Mulloy’s animated feature The Pain and the Pity. The same question is bound to befuddle OIAF-goers who tackle the film. The Pain and the Pity is difficult to handle, but it is not without its rewards since one can gain some sense that the film means something even if that “something” is always hard to grasp. It’s a fun film to ponder and debate.

The Pain and the Pity signals its ambitious artfulness in is opening scene, which starts the film with the end credits and some whispering voiceover before the cast of characters in the film—both The Pain and the Pity and the film-within-the-film—babbles over a snafu with the credits. The film, the cast members allege, cites the actors' names incorrectly.

The characters of The Pin and the Pity might be familiar to some viewers since they played the Christies in two previous films, The Christies (2006) and Goodbye Mr. Christie (2012). Viewers who haven't seen the other two Christie films (including this reviewer) might feel as if they are missing out on part of the joke. The ambiguity is part of the film’s appeal, though, as the characters, who are little more than indistinguishable silhouettes with monotonous robotic voices, become trapped in a secret room and held at the mercy of a murderous spider  and his henchman, the fly.

A strange whodunit ensues as the Christies plot their escape, all the while blaming their director—some Phil Mulloy character—for their current predicament. Their only options are to play Russian roulette with a magic button on the wall labelled “do not touch”—naturally, they touch it—or to pick each other off one by one at the behest of mean Mister Spider, who says he will let the winner go free.

The Pain and the Pity holds one’s attention and imagination surprisingly well for a film with little discernible point and a one-note visual style. The blobs of inky black Christies are occasionally interrupted by odd cutaways to an interview with another inky blob, a Japanese man in search of his girlfriend, who recounts the story of his love affair atop an animated bird’s eye view of Soho. The interview scenes enjoy the busiest composition as Mulloy fills the screen with small strokes of gulls. One can’t really tell at first whether it’s snowing where the Japanese man speaks or whether one is watching high volumes of traffic flit about the area. It’s only when the film inserts a few archival stills and adds more birds that one can start to make sense of the story and try to place its relevance to the paranoid crew in the room.

The Pain and the Pity is an engaging mental game of situating oneself in a place and a setting. It’s a task of getting a feel for an atmosphere and for a situation in which tensions are high and nobody can really be trusted. It requires a flight of the imagination and some mental painting of the film’s simplistic avant-garde canvas. It’s experimental black comedy at its highfalutin best.

The Pain and the Pity is an odd and dense puzzle that never really makes sense whilst the mystery unfolds, but it provides a fun and challenging task of detective work at what the Christies’ original dilemma, which never really finds resolution, has to do with the claustrophobic killing spree in the first place. It’s got to mean something, though. Why else would it have screened?