Even From Hollywood, Villeneuve Hits Close to Home 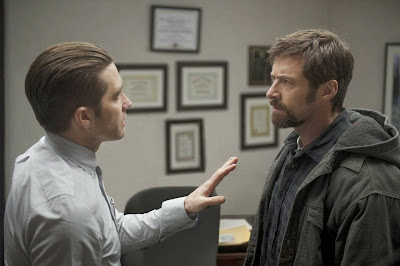 Prisoners might be among the best mainstream studio films to hit theatres so far this year and, wouldn’t you know it, it’s the Hollywood debut of Canadian director Denis Villeneuve. Villeneuve follows the success of 2010’s Oscar-nominated Incendies, which posed a significant milestone in terms of drawing international attention to Canadian cinema, by showing what a great director can do with a potentially formulaic premise. Prisoners is as powerful and as visceral an experience as Villeneuve’s previous works, but it’s told on a grander scale. It only seems fitting for Villeneuve to follow the Greek tragedy of Incendies with the epic of Prisoners.


Prisoners might be Villeneuve’s most conventional film to date, yet it is classical Hollywood cinema in its top form. It helps, too, that Prisoners has a smart, densely plotted screenplay by Aaron Guzikowski and one of the finest casts of the year. It’s an above-average thriller with a mean final-act punch.

The film takes place in a familiar Pennsylvania suburb. The little residential community where the Dovers live is as depressing and dreary as all suburbs are. It looks like the typically soulless place that people describe as “a nice place to raise a family.” The town is anything but.

The Dovers, the all-American family of Everytown, USA, have their life thrown for a loop following a nice, friendly Thanksgiving dinner with their neighbours, the Birch family. The runts of each litter—Anna from the Dovers and Joy from the Birches—go AWOL following the pumpkin pie. Anna’s father, Keller (Hugh Jackman), scours the streets with Joy’s dad, Franklin (Terrence Howard), while the moms, Grace (Maria Bello) and Nancy (Viola Davis), look nearby in case the kids wander back home. All joy from the evening is gutted completely when Keller’s son (Dylan Minnette) recalls a suspicious RV that was parked down the road.

This missing-child procedural wastes no time in moving along as Detective Loki (Jake Gyllenhaal) takes the case, finds the RV, and arrests a suspect, Alex, fleeing escape (Paul Dano). The case takes an unexpected turn when Alex says nothing about the missing girls and provides no evidence for the police to hold him.

The panic of losing what seems to be the closest clue to finding his daughter leads Keller down a road of aberrant vigilante justice. Prisoners then takes a dark turn down what already seems to be a gruelling breathless trek. The film presents a moral labyrinth as each of the parents—save for Grace, who remains in a sleeping pill induced coma for much of the film—assumes a degree of complicity in tracking their daughters through violent and unorthodox methods. Each day of silence makes the chance of finding the girls grow slimmer and the escalating, almost unbearable violence that Keller uses to seek the truth are a reflection of the pain crippling both the families. Prisoners asks much of the viewer, though, before it lets one feel complicit with Keller’s methods, if at all.

It’s a difficult task to ask a viewer what he or she might do in Keller’s place. The premise is so relatable and the setting so familiar, however, that Prisoners slips the audience into the mindset of a parent’s worst nightmare almost imperceptibly. However, Prisoners lets the presumed hero of the film devolve into a man just as bad as the presumed kidnapper himself. Jackman’s excellent performance as a man who is both torn to pieces and willing to do anything that’s necessary to protect his family is fully believable as Prisoners takes the viewer on an unsettlingly realistic odyssey into an ethical underworld.

Loki’s investigation proceeds concurrently with Keller’s approach. Gyllenhaal is equally compelling in the comparatively less showy role of the detective, but he holds his own with and against Jackman. Guzikowski’s script smartly plays the revelations of one thread to alter one’s perceptions of the other. Prisoners alternatively weighs one’s sympathy and sense of justice between Loki and Keller’s quests for answers. Loki’s investigation uncovers the necessary clues that allow one to piece together the dense tangle of Prisoners, while each turn darkens Keller’s drastic tactics. The film always keeps one guessing as it presents new evidence and alternative angles. Even after Prisoners’ genuinely surprising twist, the film leaves viewers in a kind of vortex as it spins every character, not just the kidnapper, in a different light.

Relying greatly on the strength of the cast, Prisoners showcases a pair of performances from its two male leads that rank among their best, while the supporting cast is uniformly strong, especially a nearly unrecognizable Melissa Leo in a chilling and detached turn as Alex’s dowdy aunt. The complexity of Prisoners’ moral morass is handled delicately by Villeneuve as he balances the emotional realism of the story with the suspenseful intrigue of the mystery. The director once again shows sensitivity in his handling of traumatic events. The motive of the kidnapping arises almost inconsequentially: nothing could ever justify the abduction of the two children, so Prisoners concerns itself less with the why and more with the how. The film looks at the grieving families intimately, yet objectively. Prisoners is unsettling because the story feels as if it could take place in one’s own neighbourhood, yet there’s a subtly allegorical feel to the fable of the missing children and the parent who takes a victim in turn.

As lensed by the great cinematographer Roger Deakins (Skyfall), the nicely wooded area of the Dovers’ neighborhood is a beautiful landscape of dank grey bleakness. A glimmer of hope for the families, however, glistens into each composition with the lifelines of natural light that Deakins captures in the frame. The threads of light that find their way in to Prisoners underscore the film’s thorny, if ambiguous, play with faith and redemption. Prisoners opens with a quick preamble that sees Keller recite the Lord’s Prayer as he readies his son for his first hunting kill. Keller’s rogue investigation thus walks him down a road of murky redemption. His soul might be the cost for the return of his daughter, as his approach becomes increasingly more like Old Testament wrath than that of a forgiving, faithful Christian.

The ultimate resolution of Prisoners doesn’t entirely satisfy, nor does it seem to reconcile the threads of religiosity that weave throughout the narrative. It’s appropriately messy and imperfect for a film with such a strong sense of realism. The finale is, indeed, a wallop, even for a film of such an exhausting length. Credit is due to the cathartic chords of composer Jóhann Jóhannsson, as Prisoners culminates with a heart-pounding finale. It’s a great, classically composed film bound with moral tangles and intriguing turns. Even from Hollywood, Villeneuve hits close to home.

Prisoners is now playing in wide release.
Update: Prisoners screens in Ottawa at The Mayfair Nov. 8- 12.