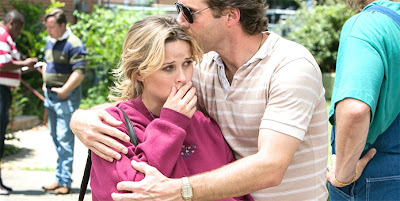 A lot has been said, shot, and written on the tumultuous case of the West Memphis Three. It's a story so bizarre and convoluted that one might never believe it to be true. It's a surprise, then, that so much of the coverage of the case of the three murdered boys and the three wrongly convicted young men has largely been non-fiction. Devil's Knot, directed by atom Egoyan and written by Paul Harris Boardman and Scott Derrickson, dramatizes a loose adaptation of the exhaustively detailed and researched book by Mara Leveritt. Anyone who has read Devil's Knot, seen some of the many documentaries produced about the subject, or followed the case at all will learn little new from this film. Devil’s Knot, unfortunately, offers little new on the subject and both a missed opportunity and, sadly, the biggest disappointment of the 2013 Toronto International Film Festival so far.


The film Devil's Knot, restricted somewhat by the limits of running time, focuses on the brutal murder of boys Steve Branch, Michael Moore, and Christopher Byers and the sensational trial that followed and brought convictions for murder against teens Damian Echols, Jason Baldwin, and Jessie Misskelley. The charges are largely assumed erroneous and, as Leveritt's book so painstakingly argues, they are the result of a hyperbolically botched investigation that hindered any chance of deriving a clear perception of the truth

It's the air of ambiguity surrounding the case of the West Memphis Three that Devil's Knot latches onto. It's a competent, if simplified, depiction of the basic events that could bring new converts to the following of the WM3. The film adds two subplots that afford a new dramatic perspective to the case. One follows Private Investigator Ron Lax, played by Colin Firth, and the other zeroes in on Pam Hobbs, the mother of victim Steve Branch, played by Reese Witherspoon, who feels miscast but conveys the mother’s grief quite effectively.

The two threads add little to the story, though, aside from underscoring the doubt perceived by those seeing the case from various angles. There is so much more to the story, however, that could have offered the same idea and afforded more dramatic tension. On the other hand, the dual storylines of Pam and Ron feel grossly underdeveloped, and Devil’s Knot might have found a great tale either in the grief of Pam Hobbs and her horrible discovery that shifts the dynamics of the case in her mind, or in Ron Lax’s more thorough interrogation of the evidence that reveals the troubling messiness of the case against the three teens. Similarly, Firth and Witherspoon are far more engaging to watch than the players in the central(ish) investigation are. The portrayal of Damian Echols by James Hamrick is especially cringe-worthy as it carries an air of martyred self-righteousness that seems overtly informed by the mass hysteria of pop culture readings of Echols’ victimization in the pseudo-witch hunt that brought the charges against him. The dramatization of the trial does the least justice to the case, so it’s a shame that neither Firth nor Witherspoon’s thread enjoyed a little more heft.

Atom Egoyan oddly asserted during the introduction at the World Premiere screening of Devil's Knot that the film is “not an Atom Egoyan film.” The statement is both disappointingly true and glaringly false. A one-note procedural like Devil's Knot, as competently made as it is, does indeed seem outside the filmography of one of Canada's best and intelligent filmmakers. Alternatively, Egoyan's hand is evident in the elements of Devil's Knot that actually work and rises above the level of a serial killer take one would watch on TV.

One of Egoyan's recurrent characteristics brings that he Devil's Knot is the interplay between film and video that one often sees in his films. (See: that haunting home video intercut throughout the film.) Devil's Knot sees ample cuts from film to video as it sees various players, often Pam Hobbs, giving their perspectives on the case to a reporter. The interviews often afford a story not being told elsewhere in the case. So many truths, or variations of the truth, have been discovered and unearthed in the case of the West Memphis Three through film images like the pivotal Paradise documentaries that helped bring attention to the case. Egoyan's interplay between the two images—crystal clear film and ugly grainy video—suggests how much of the film had been shaped, altered, and informed by idea. The video images are cut at will to tell a desired story, much like the evidence in the case was altered, skewed, or metaphorically left on the cutting room floor to vilify the boys and provide convenient narrative closure to the small and bereaved town.

The tale of a town dealing with such trauma also invokes comparison to Egoyan’s The Sweet Hereafter, especially for how it explores parents grappling with the devastating loss of their children. It’s curious that Devil’s Knot doesn’t explore the narrative of Pam Hobbs in greater detail, then, since it seems to be the element of the story most in line with Egoyan’s sensitivity and sensibility. Egoyan is responsible for the script, though, and Devil’s Knot feels the absence of the director’s intuitive adaptation of life into art.

Devil’s Knot could provide a good investigative drama for viewers ignorant with the case, and it certainly raises questions that need to be repeated as the case sits under a closed and unsatisfactory verdict. It offers little argument, though, nor much insight into the case that one can glean from a wealth of other sources. Devil’s Knot isn’t especially bad as a stand-alone film, but its unshakable air of redundancy merits little recommendation for viewing, unless one really isn’t in the mood for a strong and substantial documentary. 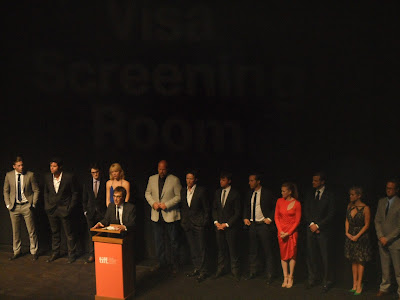 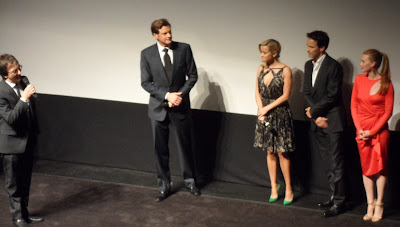 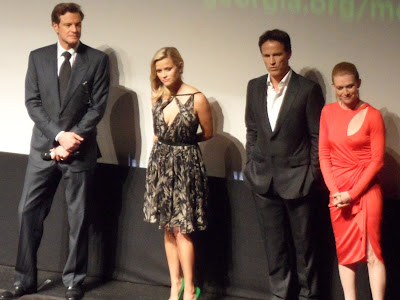