TIFF Reviews: 'Felony', 'When Jews Were Funny', 'The Sea' 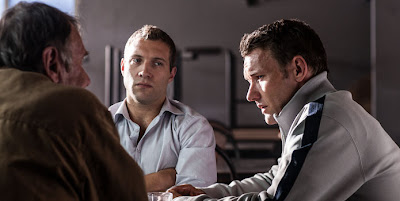 Joel Edgerton makes an impressive screenwriting debut with Felony. Felony, a solid crime thriller from Australia, is fuelled by a complicated moral atmosphere that ensnares its three leads in a thorny bind. Malcolm (Edgerton) is a detective recently dubbed a hero who makes a terrible mistake—and commits a terrible crime—en route home from celebrating his endeavours. The greater crime, depending how one views things, comes next when veteran officer Carl Summer (Tom Wilkinson, in a spectacular performance) decides that the law need not apply to the brethren of the badge. Caught in the centre is a Carl’s new partner Jim (Jai Courtney), who views the law, and the inevitable moral baggage it brings with it, with the clarity of black and white perspectives.


As one man succumbs to the guilt of his crime, one man works to set his guilt free, and the other looks to prove both men guilty, Felony textures a crime thriller with moral ambiguity. The film asks the audience where they may find guilt in the actions of another. One man might cause an accidental tragedy, while one man acts with intent. Reconciling the philosophical musings of Felony are as engaging and entertaining as watching the trio of cops intersect on their ethical journeys and culminate with a kind of poetic justice.

Production values are excellent, especially the score by Bryony Marks and the editing by Geoff Hitchins. A strong cast, including Melissa George and Sarah Roberts, helps make Felony an exciting collision of crime drama and moral fable. Fans of Animal Kingdom will definitely want to keep an eye out for this Aussie thriller. 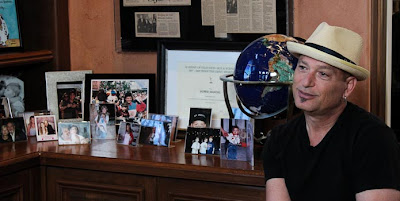 Toronto filmmaker Alan Zweig returns with When Jews Were Funny, his second documentary in 2013 after unveiling Hot Docs favourite 15 Reasons to Live earlier this year. Jews had big shoes to fill on the heels of Reasons and Zweig mostly delivers with this laugh-a-second talking heads piece. Zweig interviews a roster of Jewish comedians to unearth whether there is a distinct (or conscious) kind of culturally specific humour that remains in the age rapid migration and an ever-growing flux in faith. The overall argument of When Jews Were Funny might never really be tangible, but the hilarious interviews with the funny Jews reveal a common thread of humour that is both specific and universal. The varying degrees of laughter in the theatre—some guffaws are unanimous while others ripple in pockets of the room—add a grain of truth to stories the onscreen subjects are sharing. 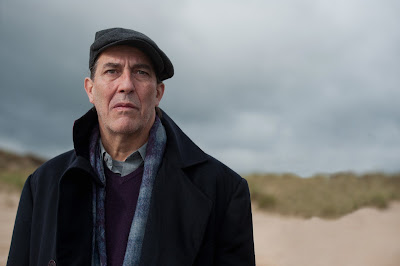 A good performance by leading man Ciarán Hinds (Tinker, Tailor, Soldier, Spy) drowns in the suffocating stiffness of Stephen Brown’s The Sea. The Sea, adapted by John Banville from his Man Booker Prize winning novel, is a disappointingly dull and lethargic tale of mourning as Max Morden (Hinds) takes a retreat to the place of his youth following the death of his wife. Max battles old memories that swish back and forth like waves in the sea. The Sea flashes back between various stages in Max’s memory as he recalls days spent with his wife (Sinead Cusack) and days spent chasing a childhood friend and her mother (Natascha McElhone). Any potential for a haunting tale of the presence of the past is drained via the plodding pacing of the film and overall lifelessness of the production. A gloomy score also makes one wish for less visible signs of life in some instances.

The Sea is indeed beautiful in some moments as cinematographer John Conroy captures the ominous beauty of the sea with a filter of sumptuous sorrow and as Hinds gives a compelling turn as the man wrestling a range of demons. Charlotte Rampling, on the other hand, is wasted in a role as the innkeeper who puts up with Max’s nonsense as he visits the ghosts of his past. The Sea is ultimately haunted by one final ghost that doesn’t even appear in the film. It’s a line, often dished out undeservedly in film criticism, which advises, “Just read the book.”