Johanna Parry is always a bridesmaid and never a bride. One could perhaps say the same about Kristen Wiig, who seemed to have gotten stuck in a sketch comedy mould following her success as the latest funnywoman on “Saturday Night Live”. This is not to say that Wiig is a one-trick point or that comedy is the bridesmaid to drama’s bride. Far from it. Any doubt about Wiig's skills as a dramatic actress will be cast aside in Hateship Loveship, an adaptation of the short story “Hateship, Friendship, Courtship, Loveship, Marriage” by Alice Munro.


Wiig showed audiences a wider range of her talent in last year’s underrated TIFF selection Girl Most Likely (née Imogene), and she gives a completely unexpected performance in the role of Johanna Parry in Hateship Loveship. Hateship Loveship gives Wiig an opportunity to show another side of her skills, and her acting range is impressive. Playing the dowdy, frumpy lead with an air of reserved subtlety, Wiig gives a delicately nuanced turn and carries the film in a quiet, subdued performance. She can really act—and be funny—without moving a muscle. As Johanna, a home healthcare worker and/or house keeper who takes a job in Iowa (the migration away from the quintessential Alice Munro county of small town Ontario is one of the adaptation’s surprisingly seamless infidelities), Wiig plays a resigned and detached caregiver.

Johanna is hired to by Mr. McCauley (Nick Nolte) to care for Sabitha (True Grit’s Hailee Steinfeld). While caring for Sabitha, Johanna find herself in an awkward family drama as Sabitha's mother was killed in an accident and her grandfather blames Sabitha's father, Ken, for her death (Guy Pearce). Hence, the hateship part.

The Loveship part, in between acts of friendship and courtship, comes when Sabitha and her friend (Sami Gayle) play a nasty trick on Johanna. They strike a flirtatious pen pal relationship between Johanna and Ken by faking an email account and responding to Johanna’s replies to Ken’s unexpected affection. She doesn't seem like the kind of woman who receives too many offers.

It takes a mild suspension of disbelief to believe that the prudish and socially awkward Johanna would simply go along his Ken’s unwritten proposal and plausibility strains when Johanna stands by Ken even when it’s clear that he’s a slimy bastard. Perhaps she feels she can’t do better. Wiig’s passive performance, however, allows one to accept that Johanna might take a leap of faith at this unexpected opportunity to escape dreary old Iowa. Wiig is aided by a good supporting cast, as Steinfeld proves that her turn in True Grit was no fluke. Nolte, meanwhile, enjoys a nice rapport with Christine Lahti in an enjoyable, if unnecessary, subplot that adds some more friendship, loveship, and courtship to this tale.

Adapting Munro for the big screen is no small challenge, for the Canadian author—arguably our nation’s best—fits a novel’s worth of substance into the page length some other writers use for chapters. Director Liza Johnson and screenwriter Mark Poirier delivery a fine and largely faithful rendering of Munro’s story, which hails from the same collection of stories as “The Bear Came Offer the Mountain”, adapted by Sarah Polley into Away From Her. While one can sometimes feel the stretch marks on Hateship Loveship’s genesis from short to long form—does the film really need so many shots of Johanna’s fanatical cleaning?—Johnson is especially good at capturing the tone of Munro’s prose. The film, like a Munro tale, has a strong sense of place—it feels lived in—and is cleanly unsentimental. It’s a smart, if slow, courtship between slice of life Americana and happily-ever-after. 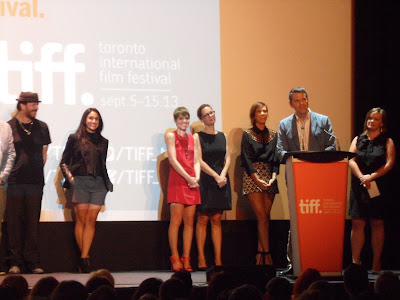 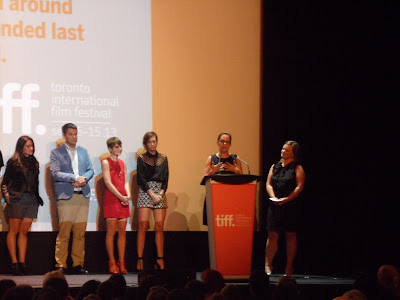