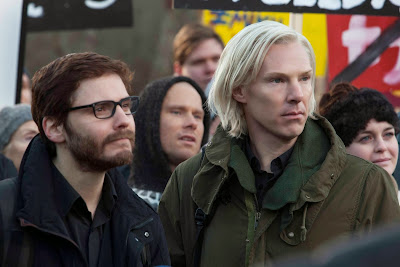 The clergy is the First Estate. The nobles are the Second. The common people are the Third; and the mainstream press is the Fourth Estate. What, then, is the Fifth Estate?

The Fifth Estate represents citizen journalists. They’re the people who post a story that isn’t told to sell papers. They’re the extensions of the Fourth Estate, holding the four pillars of society accountable for their actions via digital democracy. Anyone can Tweet dissent nowadays and blogs, for better or for worse, tell stories without liability to publishers and shareholders.

The power of the Fifth Estate arguably exploded with the launch of WikiLeaks, an activist web site founded by Julian Assange that sought to be a platform for accountability while granting anonymity to the whistleblowers who shared vital information. WikiLeaks, like virtually any channel that grants a voice to those not afforded one previously, is a controversial hot topic of the boundaries of ethics, security, free speech, and democracy. WikiLeaks posted its most controversial hits in 2010 with the publication of classified information leaked by Army Specialist Bradley Manning (now Chelsea Manning) that proved both embarrassing and damaging for the American government. The Manning leaks provide the most succinct example of how a release of information can reveal a Government’s wrongdoing (even criminal actions) in war, but said release can also expose people who are acting in the service of the greater good. A transparent archive of names and facts might not trump an individual’s right to privacy and, more important, security.

Manning’s leaked documents frame Bill Condon’s The Fifth Estate as it dramatizes the rise of WikiLeaks under the control of Julian Assange. Assange is played by Benedict Cumberbatch in a towering performance. Cumberbatch’s Assange is a man of self-aware bravado. Slightly paranoid and considerably maniacal, Cumberbatch plays Assange as a charismatic leader to usher in the new age of digital accountability. He commands the screen in orations that verge upon Shakespearean soliloquys as Assange shares the philosophy behind WikiLeaks in various public appearances, and notes the extent to which the site can harness the power of free speech. Assange is both a visionary and a madman.

The Fifth Estate unfolds like a facsimile of David Fincher’s 2010 hit The Social Network, which dramatizes the creation of Facebook and captures the zeitgeist of social media savvyness that defines a generation. The form of filmmaking seems to have become a meme. Assange, like Zuckerberg, is a self-serving zealot who sells out his friends and beliefs for control and power. The Fifth Estate is more of the same as it follows The Social Network’s dramatization of current events by giving an overview of the creation of the platform and the human drama that fuelled it. The Eduardo Savarin to Cumberbatch’s Mark Zuckerberg is Assange’s former right hand man, Daniel Domscheit-Berg, played by Daniel Brühl (Rush). Assange and Berg are two opposing forces as Cumberbatch’s large Assange butts heads with Brühl’s modest and reserved Berg.

The Fifth Estate chronicles a compelling profile of the rise of WikiLeaks by focussing primarily on the efforts of Assange and Berg to build their network from a minimal operation. The film is driven largely by the strengths of its performances as the two leads are joined by a strong ensemble cast of international actors that includes Alicia Vikander (Anna Karenina), David Thewlis (The Lady), Dan Stevens (“Downton Abbey”), Carice Van Houten (Jackie), Stanley Tucci (Julie & Julia), and the always reliable Laura Linney (Kinsey). The Fifth Estate has all the makings for a provocative night at the movies: a stacked cast, a timely story, and a director with string of hits both critical (Gods and Monsters, Kinsey, Dreamgirls) and commercial (the last two Twilight films). Bill Condon saturates The Fifth Estate in the technological sublime, as each frame of the film looks as sleek and contemporary as an Apple product. The film certainly has a firm grasp of the historical and cultural significance of its subject.

However, like a glossy twelve-page spread in a periodical—The Fifth Estate is certainly a slick production—the film is soft journalism. There’s no real reason to see The Fifth Estate if one is even only moderately well-versed in the story of WikiLeaks and Julian Assange. The film offers little new information and the narrative it provides probes its subject with little depth or substance, aside from its portrayal of the man behind the project. The film ironically fails to offer the same immediacy that the characters in the film so feverishly note. The Fifth Estate is a fine drama that takes place solely in the present, but the story on which it is based simply hasn’t reached an endpoint, so there’s little one can do to draw conclusions. The film can only report and speculate. This makes for a decent magazine feature, although one finds the formula lacking in a feature film.

The Fifth Estate also feels too safe for a film depicting such a hot-button topic. The screenplay by Josh Singer is painstakingly focused on rhetoric, rather than argument, for The Fifth Estate says a lot without actually saying anything. It’s too objective for its own good, as it covers all players in the story with more-or-less equal favour and passes little judgement. Most ironic, however, is how meekly the film portrays members of the American government. The politicos played by Linney and Tucci are well-intentioned, well-mannered, and pragmatic folks. The Fifth Estate raises a glass of fine Single Malt to toast their service, but it ignores the implications behind the actions that WikiLeaks sought to reveal in the act of publishing classified documents. American politics that perpetuate the gross acts revealed in The Fifth Estate get off easy; however, the purpose of a Fifth Estate is to ask the questions that others do not. The film is good entertainment, but it poses a glaringly missed opportunity to further the demand for accountability that has been muddled by Assange’s supposed thirst for power and control.

There’s only one real revelation in The Fifth Estate and that is Benedict Cumberbatch’s bravura performance as the maniacal Assange. The extent to which Cumberbatch immerses himself fully in the role is doubly evident thanks to his recent stint as the man of the hour at this year’s Toronto International Film Festival, for which The Fifth Estate served as the Opening Night Gala, appearing in festival hits such as August: Osage County and 12 Years a Slave. (He also appeared in this year’s Star Trek into Darkness.) That Cumberbatch is a revelation is hardly a new discovery, though: we always knew the actor was good, but it wasn’t until The Fifth Estate that a wide audience could see how captivating he could be in a meaty lead role. The same goes for Brühl, who provides a worthy counterpoint to his performance as the driven Niki Lauda in Rush. Cumberbatch and Brühl create opposing forces that are as yin and yang as the contrast between Assange’s much talked about white hair and Berg’s dark locks.

The film takes its contrasting leads and presents two dissimilar options to the audience, thus inviting viewers to assume the role of the Fifth Estate as they decide for themselves whether Assange or Berg represents the more desirable philosophy. One must choose between complete open-access to information or digital democracy disseminated with a moral filter. Assange becomes the antagonist by the film’s end, but The Fifth Estate gives him the final word and reminds audiences that only time will judge the man and his actions. The underlying problem of The Fifth Estate, however, is that much of the larger questions surrounding WikiLeaks and Assange are philosophically self-evident before one sees the film. Perhaps this sense is a product of the premature timeliness of The Fifth Estate: it’s simply too soon to feel the repercussions of WikiLeaks and the revolution that Assange is content to attribute to himself. Not enough time has passed for The Fifth Estate to be anything but smartly composed regurgitated reportage. The Fifth Estate is thus both timely cinema and old news.

The Fifth Estate is currently playing in wide release.