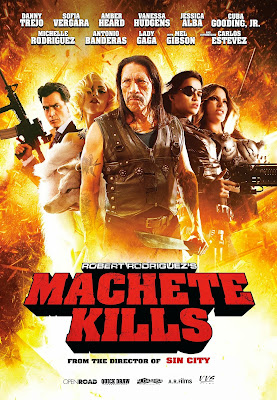 First, he was a character. Then, he got his own trailer. Next, he got a feature. Now, he’s one film away from a franchise. Yes, MACHETE is back in action in Robert Rodriguez’s newest grindhouse epic, Machete Kills, which opens in theatres October 11. Danny Trejo returns as the machete-wielding Mexican who promises to deliver more B-movie mayhem as Machete battles drugs and thugs in the name of justice.

Synopsis: In Machete Kills, ex-Federal agent Machete (Danny Trejo) is recruited by the President of the United States (Carlos Estevez aka Charlie Sheen) for a mission which would be impossible for any mortal – he must take down an eccentric billionaire arms dealer (Mel Gibson) who has hatched a plan to spread war and anarchy across the planet. Machete Kills also stars Sofia Vergara, Amber Heard, Vanessa Hudgens, Jessica Alba, Cub Gooding, Jr., Michele Rodrigues, Antonio Banderas, and Lady Gaga.

Thanks to our friends at VVS Films, we have fifteen (15) double passes to give away to the Ottawa sneak peek of Machete Kills. All you have to do to enter is answer the following question:

In what Robert Rodriguez film did the character Machete first appear?
a)   Sin City
b)   Grindhouse
c)    Spy Kids
d)   Once Upon a Time in Mexico

E-mail your answer to contests@cinemablographer.com with the subject “Machete Kills”.
Contest closes Monday, October 7 at noon.
Screening takes place Wednesday, October 9 at the Coliseum (3090 Carling Ave.) at 7:30 pm.
Bonus entries go to anyone who shares this contest on Twitter and Facebook! 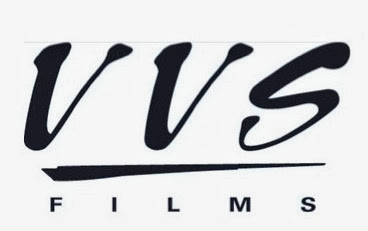 The correct answer to the trivia is c) Spy Kids. However, the majority of entrants answered the question incorrectly. If you are among the contestants who emailed the answer Spy Kids, you can expect an eamil with your pin/tickets soon. If you answered incorrectly, fret not, for there are 5 pairs of tickets left to be won. All you have to do is visit the Cinemablographer Facebook page and be among the first to comment for your chance to win!