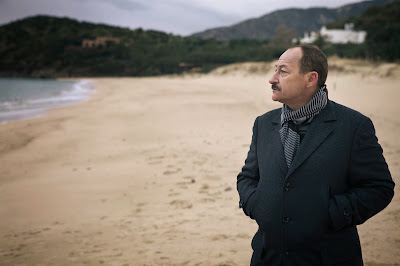 A decent lesson in fundamental human rights cannot save the well-intentioned My Destiny (Dimmi che destino avrò) from missing the mark. This noble effort by screenwriter Gianni Loy and director Peter Marcias offers a respectable and passionate attempt to bridge understanding between outsiders and their surrounding communities. My Destiny, however much one deems it a sincere message movie, simply doesn’t deliver as compelling a human drama as its premise might have allowed.


My Destiny pairs Giampaolo, an aging Italian police chief, with Alina, an ex-pat from an outlying gypsy town who now lives in Paris and works as a human rights lawyer. Giampaolo and Alina meet when a case brings the seasoned cop to the home of Alina’s family in the community just outside the city of Cagliari. Alina’s brother is accused of committing a kidnapping, although she maintains that he and his girlfriend simply eloped and moved elsewhere because he couldn’t afford the dowry that tradition demands he pay the girl’s family.

Giampaolo and Alina prove to be each other’s only ally on either side of the investigation. The Italian majority looks down upon Alina’s community like a pack of wild dogs. Alina’s community, referred to as gypsies, therefore seems weary of the friendly policemen since the ruling class refuses to recognize the community as legitimate Italians even though many of them, such as Alina, were born in Italy and have never lived elsewhere. Once an outside, always an outsider.

The dynamics of the case prompt an attempt at mutual understanding. Giampaolo in particular acts as a mentor to the young boys of the impoverished town. As he teaches them soccer and takes note of their hopes and ambitions, he learns to see the arbitrary artifice of the rules that wage a pointless war of bureaucracy between the lawmakers and the needy. He, too, seems to be outside the system as My Destiny sees the policeman take solitary walks through youthful nightclubs like a dirty old man. He knows what it’s like to feel alone and unwanted. The fine performances by Bitri as Alina and especially Cantalupo as Giampaolo give My Destiny an extra spark of passion as the film reveals its worthy subject.

While the film means well, My Destiny unfolds the investigation and ensuing love story in choppy, elliptical fashion. The film abruptly jumps from one scene to the next with a confusing disjointedness and only ever really gives pause to let Alina or Giampaolo drop a declaration or two about the gross injustices being imposed on the outlying community. As the subtext of the film becomes its subject, My Destiny does a little too much finger-wagging for its own good and turns the love story into a lecture. The double standards are indeed unfair, but the story that puts a human face on this relevant topic is too flimsy to move My Destiny beyond the earnestness of its intentions.

My Destiny screens at the Human Rights Film Festival Saturday, October 26 at 9:00 pm.
Please note that the film screens in Italian with English and French subtitles.
The screening includes an exclusive video greeting from director Peter Marcias.

All films screen at Alumni Auditorium in the Jock Turcot Centre at the University of Ottawa (85 University).
Please visit www.cfi-icf.ca for more information on tickets, films, and show times.