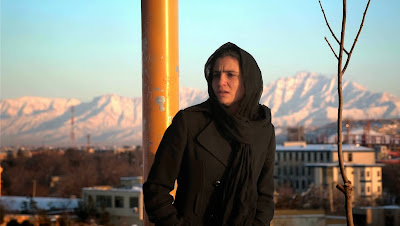 Did you see Wadjda earlier this month? It might be easy to confuse Wajma with Wadjda given the similarities of their titles. Moreover, a quick glance at the synopsis of either film might not help distinguish Wajma from Wadjda. Both films derive their titles from the names of the heroines that drive their stories. Both films offer timely dramatizations of the subjection of women in the Middle East, but the treatment of the subject matter couldn’t differ more greatly from film to film.


Wadjda gives a crowd-pleasing and optimistic story of the prospects for one young girl in Saudi Arabia, while the Afghanistan-set Wajma offers a grim, unsettling tale. Wajma suggests that the change hinted at in Wadjda is a process long in the making for a culture with such deeply rooted customs and ideologies. Both films are required viewing, although audiences should rightly find Wajma the more difficult and devastating experience of the two.

Wajma, which, like Wadjda, has been selected to represent its nation in this year’s race for Best Foreign Language Film at the Academy Awards, is a disarming account of young love. The film is ironically, if not deceptively, subtitled An Afghan Love Story. This is not a love story. Wajma is not a love story in the romantic sense, per se, but one senses that it gives a realistic account of the circumstances that might befall a young Afghan woman in love.

Wajma, played in a heartbreaking and natural performance by Wajma Bahar, falls in love with Mustafa, played by Mustafa Abdulsatar, when the two meet at a wedding in their village. Wajma and Mustafa begin courting on the sly. Habits of propriety, the kind hammered in to Wadjda during her school lessons, see Wajma sneaking into Mustafa’s apartment for a little visit or maybe even some kissing. To do so in public would bring shame to both their families.

The couple, however, has its first public date to celebrate the news of Wajma’s acceptance into university. It’s a major milestone that deserves its proper reward, albeit in a restaurant tucked away where nobody can recognize them. Their amiable dinner scene cuts to a flushed Wajma as she sits with Mustafa in the taxi on their way home. “We shouldn’t have done that,” she frets. What happened between the cut that has the heroine so visibly anxious when she should be beaming with pride?

When the news comes, it’s devastating. Wajma’s pregnancy gives the audience a frighteningly lifelike account of what happens to a young girl when she does what’s only natural to humans. The explosion of culturally-bound honour performs an alarming about-face in her relationship with Mustafa and, more dangerously, her father. Every ounce of blame is attributed to the female. The consequences for Wajma are dire, although the most upsetting punishment is that which she inflicts upon herself because shame, honour, and tradition are so deeply ingrained in her own mind.

Barmak Akram underscores the urgency of Wajma’s situation by setting this account in contemporary Afghanistan. Her fate is especially disturbing thanks to the constant reminders that Wajma takes place in the here and now. As Wajma’s father works to clear the fields of Afghanistan of the mines that remain from the war with America, Wajma paints with tenacious realism a portrait of a culture that is on the cusp on revolution, yet claiming further victims by upholding backwards traditions. Questions of cultural context might elicit a different reaction depending upon the geography of the screening, but an argument needs to happen.

Wajma invites one to enter the debate as its opening titles note that the film is based on several true stories. Wajma, blurring the line between fiction and reality thanks to the authenticity of both the performances and minimalist aesthetic, tells a story that has unfolded too often before. The film is a moving tribute to the women of Afghanistan as the film climbs to its near-unbearable finale. Wajma: An Afghan Love Story is ultimately a story of the love that mothers have for their daughters. The film presents a plea that one generation may escape the fate of the last. Wajma is a difficult film, but a necessary one at that.

Wajma screens at the uOttawa Human Rights Film Festival Saturday, Oct. 26 at 7:00 pm at Alumni Auditorium in the Jock Turcot University Centre.
The film screens in Persian with English subtitles.