It’s that time of year where the screener gods are knocking on doors and dropping all sorts of goodies labelled with the letters FYC. A big bundle arrived at my door on Tuesday that featured a whack of documentaries that I missed at TIFF and Hot Docs. It also included some Hot Docs faves like Muscle Shoals and Blackfish, plus a copy of The Hunt, which I promise to revisit given my mixed feelings on the film that a few readers have encouraged me to reconsider. A copy of To the Wonder also merits a second viewing, I think! Sadly, I didn’t get the burst of mail-outs of Mud and Stories We Tell that were sent to US members of the OFCS....

The screeners also reminded me of a few leftover films that I wasn’t able to review during festivals due to time—I’ll crack fifty reviews at Hot Docs next year, I hope. I’ll give thoughts on the films from time to time as I make my way through the bundles. It’s shaping up to be a good final stretch for 2013! Up first, a trio of docs: 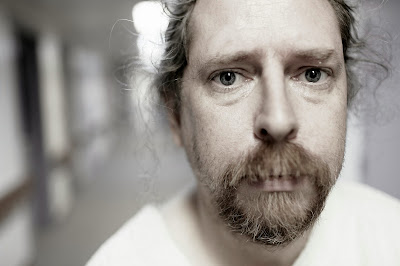 In October 1999, in Cornwall, Ont., 22-year-old Julie Bouvier was stabbed while shopping with a friend at the local Wal-Mart. Her attacker was 31-year-old Sean Clifton. Julie had never met Sean, but he stabbed her six times in a fit of rage.

Julie survived the attack, but fears returned when she learned fourteen years later that Sean was going to be released back into the community. Sean, however, was deemed “Not Criminally Responsible” for the attempted murder that he wrought when prompted by a voice in his head. Sean, as the film reveals, was later diagnosed as a paranoid schizophrenic with an obsessive-compulsive disorder. He thus served his time in mental health institution, rather than a prison, as he learned to understand and control the urges that overwhelmed him.

Director John Kastner offers a chillingly humanistic portrait of both the victim and the attacker alike as Not Criminally Responsible tackles the greater implications of this case. The film is an insightful account of the long process for rehabilitation and reconciliation as Sean understands his illness and Julie finds peace. Shots of Sean in the institution reveal the progress of a man who lacked the mental capacity to contain his impulses, while fractured shots of Julie, partially disguised by a mosaic of close-ups, frame Sean’s rehabilitation within the lasting psychological scars Julie carries years after her near-death experience. Not Criminally Responsible approaches its subjects with laudable sobriety and objectivity, as it asks the audience to empathize with the attacker and the victim alike.

Long after Sean roams freely and displays remorse for his actions, Kastner asks if there is anything else to be done. Whether Sean continues to be non-violent is simply a matter of medication. The film reveals through interviews and observations that patients like Sean might not be under order to follow their prescriptions and take the medications that stabilize their condition. Several episodes in which a representative from the Brockville mental health institution makes house calls to Sean and his roommate offer bipolar snapshots of how a easily a patient can become a danger to himself or others. While Sean follows his prescriptions routinely, his roommate is less faithful to the requests of the doctors and he displays aggressive tendencies that could lead to further assaults. Kastner doesn’t prescribe an easy answer, though, as he shows both men improve on their own terms, albeit with dissimilar trajectories that demand viewers consider how much control, if any, should be placed on a patient’s treatment. Not Criminally Responsible leaves it to the audience to decide if justice was served and it lets viewers deliberate if further measures are necessary to monitor the progress of mentally ill patients once they are released.


NCR: Not Criminally Responsible is now available on home video.

Venus and Serena depicts sibling rivalry as you’ve never seen it before, for Venus and Serena were born and bred to win. The documentary interviews both sisters as it follows them throughout 2011, and it offers insightful glimpses into their early training with their father, Richard. Richard Williams was and continues to be a fanatical taskmaster, as both the archival footage and present-day excerpts show the man to be an utter control freak as he moulds his daughters into gladiator-like warriors of the tennis court. It’s easy to see how the careers of Venus and Serena grew fast and fierce.

The sisters keep the competition as part of the game, though, as each is the other’s biggest fan, rather than her opponent. Despite all the world titles and championship trophies the sisters amass, the film shows that winning isn’t everything. A pure love of the sport drives the Williams sisters just as much as their competitive streaks do.

Baird and Major show, through an odd assortment of interviews with talking heads like Bill Clinton, Anna Wintour, and Chris Rock, how the sisters broke more than a simple set of sports records. Venus and Serena shows how the sisters’ victories and strong presence broke down barriers for women and for African Americans in terms of payment, power, and exposure. Professional tennis, traditionally filled with white folks, is an especially symbolic sport for the sisters to succeed in, as their success and the competitiveness both draw such excessive scrutiny that one can’t deny the ongoing racial currents running throughout the league and the media attention that surrounds it.

Venus and Serena, however, is just as ‘warts and all’ about the sisters as it is about the league. Unflattering footage of the sisters, especially of Serena, displays a stormy cussbucket wholly unlike the bubbly bombshell that appears in the interviews. The sisters are powerful women, but their just as flawed as everyone else.

Venus and Serena ultimately feels like a film unfinished, though, as it concludes with a brief endnote about the sisters’ victories at the 2012 Olympics, following a climactic snippet of Serena’s comeback after a year of injuries and setback. The match remains a nail-biter even though its final score is two years back in the history books. Serena’s current standing at #1, with Venus still enjoying a strong presence, however, shows that the legacy of the Williams sisters remains strong. The film’s final point that their inevitable retirement will leave a void in the sport, on the other hand, couldn’t feel truer.

Venus and Serena is now available on home video.

Did you ever wonder about the woman writing those “Beatle Monthly” newsletters you got as part of your membership to the Beatle Fan Club? Well, that woman, Freda Kelly, finally tells her story in the enjoyable behind-the-scenes rock-doc Good Ol’ Freda. Freda ran a tight ship, answering letters and collecting locks of hair to mail to adoring fans, as she helmed the fan club of the biggest rock group of all time. The film follows Freda, who still works as a secretary, as she regales the camera with stories from her very cool past.

Freda Kelly’s gleeful recount of the band’s rise is followed by a matter-of-fact approach on the disappointing dissolution of the band, for which she had the sad task of informing dear readers in the “Beatle Monthly”. Fans of The Beatles might be disappointed that none of the surviving members of the group appear in the film for interviews, but all members of the Fab Four appear in ample behind-the-scenes footage to help capture the buzz and youthful energy of which Freda was a part. (Family members of some of The Beatles recall close friendships with Kelly and describe her like a sister as she enlisted the support of Beatle-kin to ensure that the boys signed mementoes for all their adoring fans.) Some of the archival material is limited, as photographs reappear throughout the film. (This repetition might have been inevitable given Freda’s behind-the-scenes standing in the group’s career.) An excellent soundtrack of Beatle music, on the other hand, gives the film a fine, toe-tapping reminder of what all the fuss was about.

Freda’s modest livings and down-to-earth personality seem like an anomaly amidst contemporary gushings of instant—and disposable—celebrity. Freda seems completely untainted by the whirlwind caused by The Beatles when the band forever changed the face of music in the 1960s. She remains equally evasive about the personal lives of the four Beatles and respects their private lives when juicy gossip might have provided the kind of salacious details that often creates buzz for behind-the-scenes biographies. Her loyalty to The Beatles is impeccable.

Being the machinery that contained the fan frenzy of Beatlemania couldn’t have been an easy task, but Freda was just as much an enthusiast of the Fab Four as were the adulating fans sending in letters by the barrelful. Good Ol’ Freda is at its most insightful when director Ryan White draws out the aspects of fandom underlying Freda’s candor. Everyone can be a little star-struck, even when it’s one’s job to make the stars shine.