2013 in Review: The Best Canadian Films of the Year

2012 was a tough act to follow for Canadian films. Stories We Tell, Rebelle, Midnight’s Children, and Cosmopolis offered Can Con strong enough to make a case for quotas at the movie theatres. There were so many goodies. If Canada had a set limit for which movie theatres had to support their local artists, then 2013 would have introduced audiences to many impressive filmmakers.

This year might have been a quietly commendable year for Canadian movies. The biggest names in Canadian film largely made films outside the national borders: Denis Villeneuve with Prisoners, Atom Egoyan with Devil’s Knot, and Jean-Marc Vallée with Dallas Buyers Club, for example. (And the bulk of attention garnered to Canadian cinema this year probably—and rightfully—stemmed from the successful release of Stories We Tell in the USA.) This year therefore allowed Canadian cinema to shine a light on unique talents and the up-and-coming filmmakers. Films made an impression with their distinct voice and style, rather than with their big names. It was an especially good year for documentary, too, so the roaring success of Stories We Tell might open the door for more doc discoveries on the international scene for some of these great films.

My Picks for the Top Ten Canadian Films of 2013: 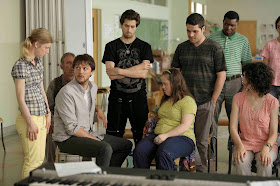 Canada couldn’t have picked a better film to represent us at the Oscars this year. Louise Archambault’s immensely likable Gabrielle is an absolute joy. It’s a heartwarming but deftly handled character study of a developmentally-challenged girl with Williams’ Syndrome. Gabrielle, played by an endearing Gabrielle Marion-Rivard, goes on a moving coming-of-age journey as she tests her independence, confidence, and, above all, her ability to love. The love story between Gabrielle and Antoine (an impressive Alexandre Landry) is touching, yet unsentimental, while the tale of familial love between Gabrielle and her sister Sophie (a strong Mélissa Désormeaux-Poulin) will move audiences to tears. The uncontrived emotion and honesty of Gabrielle is a refreshing crowd-pleaser thanks to Archambault’s masterful direction and delicate handling of the subject matter. You’ll also be humming the tune of Robert Charlebois’ “Ordinaire,” which forms the film’s theme, in the afterglow of Gabrielle. 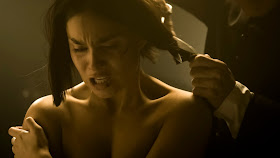 The sucker punch of Rhymes for Young Ghouls should have viewers reeling for days. Jeff Barnaby proves to be the breakout Canadian filmmaker of the year with his brilliantly badass Rhymes for Young Ghouls. There has never been anything quite like this film in Canadian cinema before. It’s a tough and brutal look at life in the shadows of the Residential Schools in 1976, and one that couldn’t be more necessary. The style of the film is something that I can’t quite put my finger on: it’s not quite a horror film, it’s not really a thriller, but it’s a ghost story of sorts. Central to the bold power of Rhymes for Young Ghouls is a commanding performance by Devery Jacobs as its heroine Alia. This tough girl is the strongest warrior you’ll see in Canadian film this year. 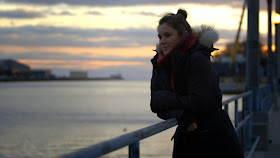 Everyone raved about Alan Zweig’s When Jews Were Funny when it played at TIFF (where it won the award for Best Canadian Film) and when it scored a spot on Canada’s Top Ten. Zweig deserves all sorts of honours in 2013… he just deserves it for the other film he made this year, 15 Reasons to Live. 15 Reasons to Live is a profoundly moving documentary about the seemingly mundane things that any person can do to improve the lives of others and live life to the fullest. The Toronto stories that comprise the chapters of the film build a sense of community as it reaches its profound catharsis. You’ll feel in good company watching this film: 15 Reasons to Live is a beautifully life-affirming experience.

4. The Ghosts in Our Machine

I am in awe of Liz Marshall and Joanne McArthur. The director and subject of the documentary The Ghosts in Our Machine offer one of the most powerful feats of activism in the films of 2013. Marshall takes the scope of the cinematic image to its greatest power as she follows photographer Joanne McArthur capturing animals in captivity to create provocative photo essays on the relationship between humans and animals. The result is a film as bold, slick, and gripping as a dramatic white-knuckler as Marshall and her team of stealthy cinematographers follow McArthur to the front lines of her daring mission. This film can truly make a difference. 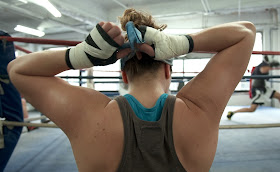 Last Woman Standing is one heck of a documentary. This film by Juliet Lammers and Lorraine Price chronicles the friendly rivalry between teammates and friends Mary Spencer and Ariane Fortin leading up to the inaugural gauntlet in female boxing at the 2012 Olympics. Last Woman Standing reveals the subjectivity and calculation it takes to win Olympic Gold, for Mary and Ariane know all each other’s strengths and weaknesses as friends and competitors. As the directors follow each athlete, they maintain an objective viewpoint even when tough calls in the ring invite interpretation or judgment. For this objectivity alone, Last Woman Standing provides one of the most engaging and inspiring Canadian stories of the year. 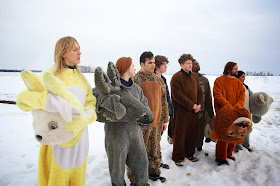 The Animal Project solidifies Ingrid Veninger’s status at the indie film queen of the Toronto film scene. Her latest project is one of the most offbeat, eclectic, and quirky films to grace the festival circuit in some time, yet this TIFF sleeper hit scores some unexpected high points for emotional authenticity as Veninger sends a troupe of actors in big fuzzy animal costumes around the streets of Toronto. The result is a fascinating study of the way humans interact with public space and of the modes of social decorum that separate man from beast as the actors explore the concrete jungle. The Animal Project is proof that any filmmaker all a filmmaker needs to achieve greatness is a unique story, a camera, and a team that embraces her belief that nothing is impossible.

Camion is one of the Canadian films that were hard to find this year, but it was worth the effort. (For example, the film had one screening in Ottawa during the CFI’s Diverciné festival.) The film is a poignant slice-of-life character study of an aging truck driver named Germain, played by an exceptional Julien Poulin, who falls into depression after he kills a woman in an accident while driving his truck and can’t return to the big rig that he drove daily. This poignant film is brought to life by Poulin’s commanding performance and Ouellette’s subtle observation for rural life. Best of all might be the film’s mellow soundtrack with one of my favourite songs from a film this year, Mentana’s “Islands and Rupees.” 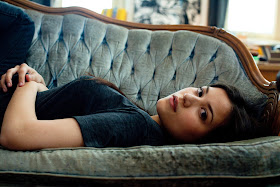 Hey there, precious snowflake! Molly Maxwell is the hippest Canadian film of the year, as first-team feature director Sara St. Onge invites the audience to bust out their best granny sweaters and listen to some great tunes from the Toronto indie scene as they join Molly Maxwell on a streetcar ride around the city. Molly Maxwell could have easily gone into icky territory with its risqué story of a teacher-student relationship between Molly and teacher Ben, but St. Onge finds the sweetness behind their actions and shows how innocently one can cross the line. The strong performances by Lola Tash and Charlie Carrick as Molly and Ben, respectively, handle this unconventional love story with the utmost care. 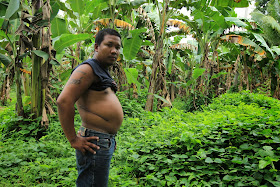 9. Tales from the Organ Trade

The ballsy documentary Tales from the Organ Trade raises some unexpectedly profound questions as director Ric Esther Bienstock follows the route of the black market kidney trade from recipient to donor. The investigation leads the film across the globe and introduces a myriad of players. The most shocking thing about this story is how, despite the element of criminality noted in each thread, the players in the deal all note how they benefitted from the transaction. The film, smartly narrated by body horror baron David Cronenberg, asks some difficult, yet essential questions, as it invites us to re-examine our definitions of morality and criminality: if such a web of illegal activity saves a handful of lives, could compensated donation not save even more? 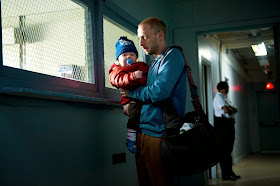 Honourable Mentions: Alphée of the Stars, The Conspiracy, The Disappeared, Hi-ho Mistahey!, Our Man in Tehran, Picture Day, Vic + Flo Saw a Bear 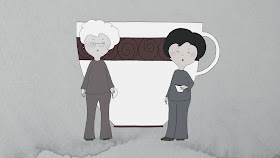 This droll tale of two old friends finds great power in its amusing animation, but offers an even greater dramatic turn in the still images that punctuate the film. 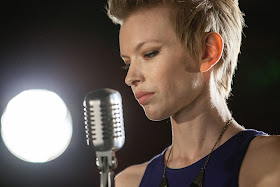 An homage to monstrous motherhood, We Wanted More offers a tale of psychological horror worthy of the films to which it pays tribute. 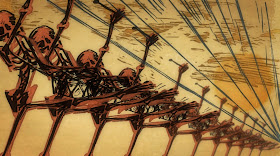 Gloria Victoria is a maddening mosaic of iconography and a satirical symphony of wartime propaganda.

This skillful film deftly blurs the lines between drama and documentary, and life and art. 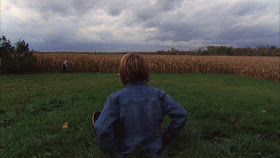 5. Just as I Remember

A moving story of family bonds as director Andrew Moir uses one family to interrogate his relationship to his own. 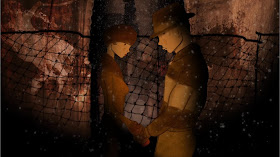 This storybook noir is a true original. Author Heather O’Neill playfully narrates this darkly whimsical adaptation of her short story. 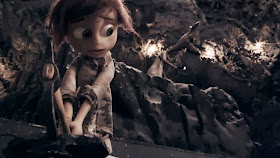 Foxed! would probably offer a great double-bill with The End of Pinky as it turns the bedtime fable on its head with some dark yet dazzling animation. 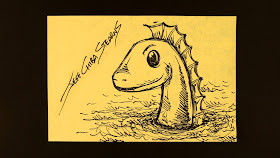 A roster of artists displays the full spectrum of Canadian animation talent as they each animate a single diary entry using nothing other than a black marker and some yellow sticky notes. 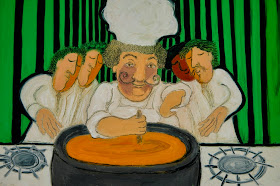 This zesty and mouth-watering ditty will have you singing “Bon appétit!” 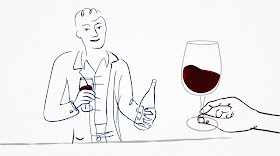 This jazzy flick is a minimalist tribute to the joy of sharing food and friends.

What are your favourite Canadian films of 2013?

Also in the Year in Review: