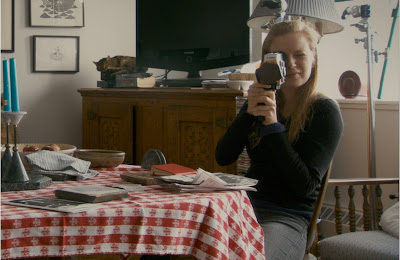 Awards Daily reports the shortlist for the Oscar race for Best Documentary Feature. Stories We Tell is in the running, which means that Sarah Polley is having a very good day after scooping the Best Non-Fiction Film prize from the New York Film Critics Circle earlier today. Other expected frontrunners still in the race are The Act of Killing (which, unfortunately, I haven’t seen nor been able to get my hands on a copy…), 20 Feet from Stardom, and Blackfish. The documentary shortlist is usually one of upsets and controversies, and has traditionally been the place where acclaimed favourites come to die, but recent revamps in screening and voting practices are bringing improvement. There’s no significant omission in this list. I might have liked to have seen Muscle Shoals or Blood Brother and (especially) The Ghosts in Our Machine, but it’s hard to argue with the choices on the list. (Although Pussy Riot is a somewhat dubious choice since it’s a crudely shot piece of reportage without much penetrating analysis.) The only omission that really surprises me is Let the Fire Burn, since it's blood-boiling Oscar fodder... but its use of archival footage is nothing in the league of the formal play of truth and storytelling going in Stories We Tell. Best of luck to the selected docs!

The shortlist is as follows, with links to reviews:


The Act of Killing
The Armstrong Lie
Blackfish
The Crash Reel
Cutie and the Boxer
Dirty Wars
First Cousin Once Removed
God Loves Uganda
Life According to Sam
Pussy Riot: A Punk Prayer
The Square
Stories We Tell (also: Top Ten Canadian Films of 2012, Top Ten Films of 2012)
Tim’s Vermeer
20 Feet from Stardom
Which Way Is the Front Line from Here? The Life and Time of Tim Hetherington

What docs are you rooting for?