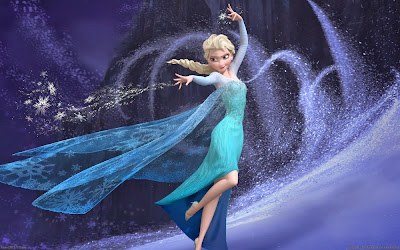 Frozen is a return to form for Disney animation. It’s been a while since the magical kingdom of the little black mouse produced an animated tale that harkens back to the pre-Pixar days. Frozen still showcases computer animation in all its three-dimensional glory, but this wintery princess musical is old school Disney at its finest. Frozen is the Beauty and the Beast for this generation of moviegoers.

Frozen brings out the kid in everyone as Princess Anna (Kristen Bell) takes the audience on an  adventure through the snow-laded hills of her kingdom to convince her sister, Queen Elsa (Idina Menzel), to return to the castle and bring forth the thaw. The spirited, toe-tapping tunes of Frozen ensure that this Disney picture will one day reign on stage, for the film has the pace and energy of the showiest of Broadway musicals. It might be Idina Menzel’s powerhouse pipes, but this winter’s tale feels a bit like the Wizard of Oz spinoff Wicked as the two royal sisters go on a journey of bitter estrangement.

The comparison isn’t a bad thing, though, since Menzel and the upbeat show tunes are among the film’s best assets. Her showstopping performance of “Let it Go,” which is easily a front-runner for the Best Original Song Oscar is reason enough to see the film. The “Let it Go” sequence showcases Disney magic at its best, as the song sets Elsa free in a transformative sequence that uses dazzling imagery and clever lyrics to mark a turning point in the film. Menzel’s vocals help “Let it Go” eclipse everything else in the film, so Frozen suffers a bit of a downward slip when nothing that follows the number matches its strength.

Just after the big number, Frozen makes a late introduction of the snowman Olaf, voiced by Josh Gad, who might be the most annoying sidekick the studio has produced in some time. Olaf’s a flamboyant snow creature, so props on Disney for aiming for some diversity alongside the Barbie-like princesses and their Ken counterparts, but this snowman is a true lump of coal in a moviegoer’s holiday stocking. Better, though, is the scene-stealing Reindeer, Sven, who shows that the best of cartoon comics are the furry ones.

The final act of Frozen still lets viewers revel in the spectacular animation that Disney Animation Studios conjures up in this magical take on Hans Cristian Andersen’s The Snow Queen. The 3-D glasses make the texture of the snow especially light and fluffy, while Elsa’s glistening ice castle has an impressive sheen and transparency, which shows that the animation studio back in its prime. Audiences at Frozen who were old enough to see Beauty and the Beast will be just as dazzled by this enchanting tale as they were by Belle. 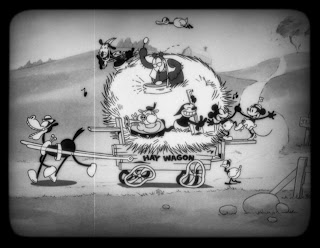 Frozen is paired with the short film Get a Horse! (USA, 6 min.) by Lauren MacMullan, which also offers a nostalgic look at the early Disney days. In fact, Walt Disney himself provides the voice of Mickey Mouse as this endearing short takes viewers on a journey from Mickey’s earliest incarnation right through to his latest 3-D makeover. Get a Horse! essentially realizes the same formal gimmick as this year’s other animated short Subconscious Password, as both films cover the broad spectrum of the animation’s evolution. The animation in Chris Landreth’s Subconscious Password might offer a bit more to marvel at, but this Mickey ditty is the safer and more digestible part of the pair, so kids will surely love the crash course in the progress of Walt’s creation while their parents might prefer Landreth’s more academic fare. 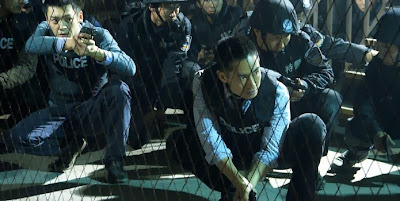 Drug War is a solid cop drama. It’s worth seeking out, since it’s now widely available on home video. Johnny To offers a tough, bold, and hard-hitting story of the war on drugs in which the cops must enlist the help of a top-level player (Louis Koo) to ferret out the king pins.

It’s better to know little about the film in order to appreciate its gritty and violent exploration of criminal networks. The war on drugs hasn’t been realized this provocatively since Steven Soderbergh’s Traffic. Drug War tells of a battle that the law is losing, since the crooks have all the most sophisticated technology, weapons, and networks, while the cops have public funds and legal procedures to uphold the law. It’s a bold film that whizzes you into an awesome adrenaline rush, yet keeps the mind going at all times with its labyrinthine maze of criminal activity.

The final action sequence of the film is a true marvel and one of the best shootouts in recent action films. The blood-soaked finale might be what A Touch of Sin aspired to with its slow-paced allegory of violent deeds, but Drug Wars hits harder and faster, and is all the better for it. Drug War is a must-see for fans of action cinema. 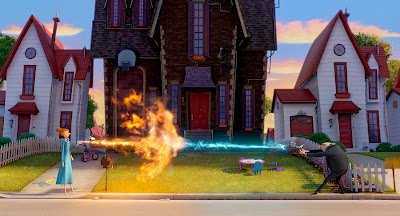 If you haven’t seen the first Despicable Me film, fret not! Steve Carell returns as Gru, the former supervillain of mysterious European origins, who teams up with his hoard of one-joke minions and a bubbly lady spy voiced by Kristen Wiig to ferret out a secret villain at the shopping mall. One need not have seen Despicable Me in order to enjoy the Despicable Me 2, for the goofy Saturday morning cartoons antics of this sequel is giddy, harmless entertainment as far as animated espionage flicks go.

Some viewers might find some laughs in Steve Carell’s moderately offensive voice performance, while others might wonder how a franchise can develop on the premise that Gru is funny simply because he is foreign. His odd mannerisms and garbled phrasings give an awkward accent to an animated rip-off of Dr. Evil, but the legitimate laughs of Despicable Me 2 risk teaching the kids to point and laugh at foreigners. It doesn’t help, either, that the prime suspect is a hairy, salsa-slinging Mexican.

Almost as disappointing as the casual racism of Despicable Me 2 are the slew of dated pop culture references that creep in and add some filler. A dance sequence of the “YMCA”, for example, screams desperation in the final act of a film that's often clever. Few kids will get the Village People joke and their parents probably tired of it by Shrek 3.

Clumsy bits aside, Despicable Me 2 is an enjoyable family film that provides some decent laughs and amusingly cartoonish animation. The colours are bright and vibrant, though, and the story moves at a pace fast enough to keep the rug rats engaged for 98-minutes of easy babysitting. Despicable Me 2 is consistently entertaining, if consistently average, kids’ stuff.

Despicable Me 2 is now available on home video.