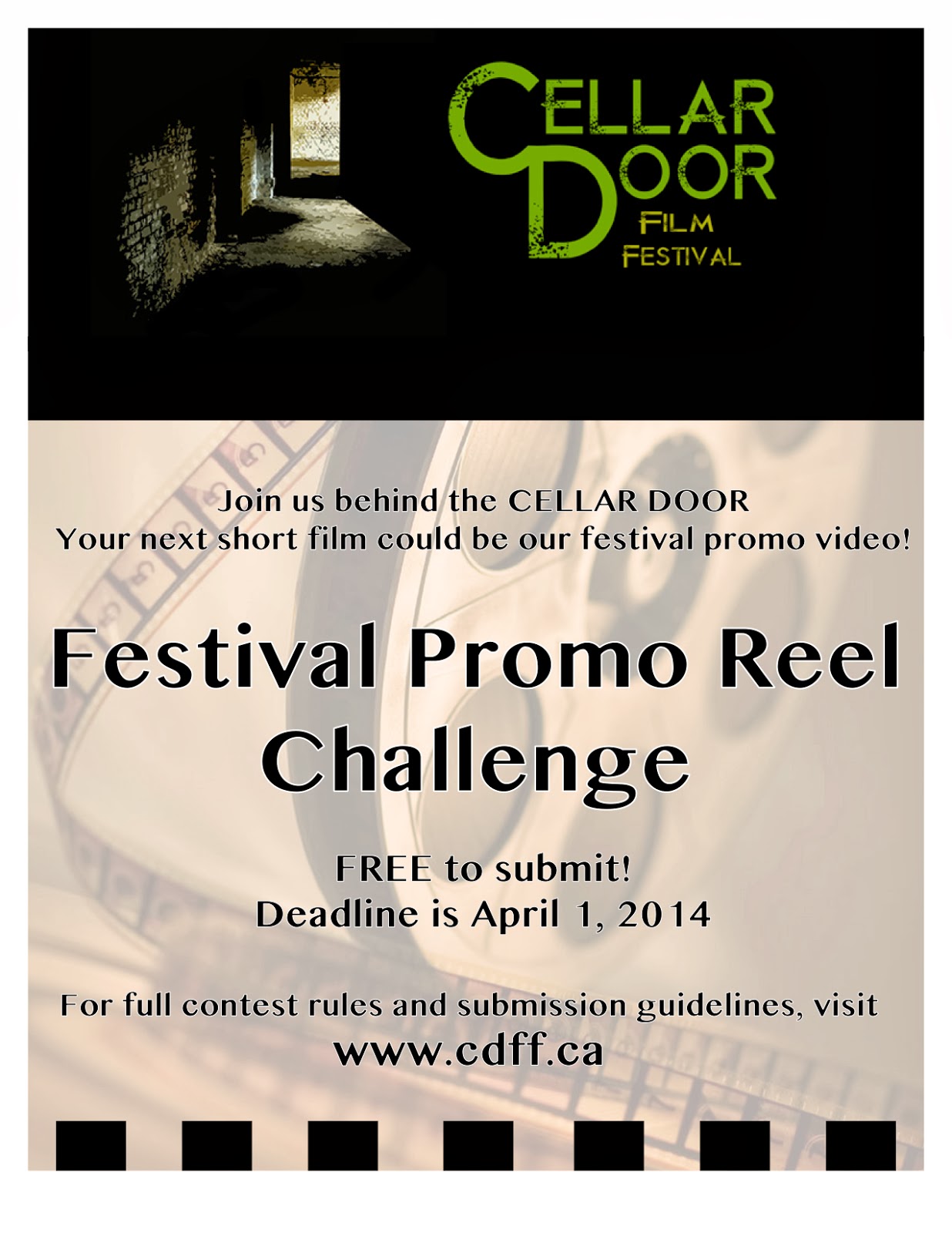 I just wanted to point local filmmakers in the direction of a project I've been a part of for the past little while, Ottawa's Cellar Door Film Festival (CDFF), which aims to be Ottawa’s first showcase of speculative cinema while celebrating the creativity of the Ottawa film scene and spotlighting the city as a setting for the sinister and supernatural. CDFF will launch Fall 2014, but we’re hoping to engage with local filmmakers in the meantime by inviting teams to take part in the Promo Reel Challenge. CDFF invites up-and-coming filmmakers from the National Capital Region to compete to have their film selected as the first official promotional video for Ottawa's newest film festival. If selected, your short film will be featured prominently on the festival website and will serve as our festival promo video for the inaugural year! Head on over to the CDFF website for full details!

(PS: CDFF also invites local filmmakers to submit a short film to the festival for free!)