Award season’s biggest party is this Sunday! Yes, it’s the wonderfully silly these-matter-because-they’re-on-TV event of the Golden Globes! Luckily, though, the Globes are bound to put on a good show this year with Tina Fey and Amy Poehler returning as hosts. This week’s Globes are also bound to be ten times more exciting than last year’s awards were for two big reasons: 1) the Oscar nominations haven’t been announced yet (remember last year’s prediction game of “Spot the Oscar Nominee”?) and 2) most categories are an open race. It’s the latter point for which the Golden Globes will always be important. They might be voted upon by eighty-odd journalists from obscure publications, but they’re the first and biggest offering of face time for anyone putting a campaign in motion before the Oscar nominations are announced next week. They’re also the one awards show where Hollywood’s finest get sauced.

Here’s a rundown of how the Globes could (or should) turn:

This year’s Golden Globes, in all good award show fashion, will end with a nail-biter. What will win: Gravity or 12 Years a Slave? It could be 2009 all over again, where the Globes fêted Avatar and James Cameron over Oscar winners The Hurt Locker and Kathryn Bigelow. Gravity missed a few potential spots, but the screenplay and George Clooney are hardly its selling points, so one shouldn’t interpret a mere four nominations as a sign of weakness. Slave, on the other hand, dominated the dramatic portion of the nominations with seven shout outs, so it’s a serious threat even if the Globes tend to push the mainstream. My guess is that the Globes will mirror many of the critics’ groups and split the prize with Best Film for Slave and Best Director for Gravity. (One can easily call the direction of Gravity the best, but to call the film itself the greatest of them all is to overlook some serious flaws.) Captain Phillips, Philomena, and Rush should all prep their “It’s just a thrill to be nominated” speeches.

Win win: 12 Years a Slave
I'd pick: 12 Years a Slave
Snubs: Blue Jasmine is a major snub since the HFPA has shown enormous love for Allen in the past by nominating ten of his films for Best Picture and awarding two (Hannah and Her Sisters and Vicky, Cristina, Barcelona). I’m baffled that they, of all awards groups, largely passed over one of the best films that Allen has ever made.

The nominees: American Hustle, Her, Inside Llewyn Davis, Nebraska, The Wolf of Wall Street

There is no doubt that the voters at the Golden Globes loved American Hustle. Hustle, as some pundits suggest, might be emerging as the frontrunner in the Oscar race while Gravity and Slave battle out the dramatic side of things and The Wolf of Wall Street is mired in silly Zero Dark Thirty-ish misinterpretation. Hustle is a film that is almost impossible to enjoy and that might make it stand out over the other films that are less conventional “comedies”. Hustle will probably be the big winner of the Golden Globes and become the film to be even if it doesn’t net the highest total number of awards for the night. It’s on a roll and the Globes could prove that it can’t be beat. Its strongest competition is Alexander Payne’s Nebraska, which will probably get a Best Actor prize as conciliation, and the Coens’ Inside Llewyn Davis, which probably has an outside chance since the Globes like but hardly love the Coens. I mean, Fargo lost to Evita!

Will win: American Hustle
I'd pick: Inside Llewyn Davis
Snubs: August: Osage County, although comedy of the “funny, funny, ha, ha” variety might be the biggest snub of the night.

The absence of Forest Whitaker in the Golden Globes fodder of The Butler shows what a strong and competitive line-up this is. It could really go any way, although Elba is arguably the dark horse of the lot. Robert Redford should handily win the prize since he’s acting on a greater level than most of the other nominees are, but his performance in All is Lost has lost a bizarre amount of steam. He needs a win here. It’s probably a three-way race, though, with Ejiofor, Hanks, or McConaughey winning. These are all great performances in the most widely regarded films of the category. Hanks’ parting shot in Captain Phillips is the kind of effective and memorable work that begs a viewer to leave the theatre thinking about awards. Ejiofor and McConaughey, on the other hand, offer such commanding work throughout the entirety of their films that they are most likely to trump Hanks and the subtle power of Robert Redford.

Will win: Chiwetel Ejiofor, 12 Years a Slave
I’d pick: Robert Redford, All is Lost
Snubs: Ethan Hawke in Before Midnight, but they call that a comedic performance these days.

Cate Blanchett in Blue Jasmine. That is all.

The nominees: Christian Bale, American Hustle; Bruce Dern, Nebraska; Leonardo DiCaprio, The Wolf of Wall Street; Oscar Isaac, Inside Llewyn Davis; Joaquin Phoenix, Her
Bruce Dern seems like the obvious frontrunner since his performance in Nebraska is the only one of these five to be a consistent presence amongst all of this year’s key nominations (SAG, BAFTA, Critics’ Choice and such). Dern is also being a smart campaigner by taking the high road and sticking to the lead category when one could easily call Will Forte the lead for Nebraska. Dern also isn’t afraid to invoke his age and the fact that Nebraska is a true comeback, which has held strong in the race since winning Best Actor at Cannes. Leonardo DiCaprio could be the wild card since The Wolf of Wall Street might feature the performance of his career and it is arguably the hot topic film of the moment. (The latter fact could easily work against him, though.) Bale wins only if voters are truly overflowing with love for American Hustle while Isaac and Phoenix are potential threats to Dern’s cred with the art house crowd.

This race might be the most important of the night in terms of telling viewers what to expect from the Oscars. Former Doubt co-stars Amy Adams and Meryl Streep are probably duking it out for the fifth spot to join the dramatic Best Actress nominees at the Oscars after Kate Winslet is (sadly) tossed from the line-up. It’s a good example for why award shows need a flexible number of nominees in the acting categories since it’s hard to make a case against any of these performances winning. (Delpy; Louis-Dreyfus, a potential dark horse; and Gerwig are all worthy, too.) Adams is very impressive in American Hustle—not only for her award-calibre cleavage but also for her subtle performance—in a film the Globes clearly loved. Streep, on the other hand, gives one of the best performances of her career in a film for which the Globes had comparatively less love. Adams has won zero Globes out of five nominations; Streep has won eight Globes out of twenty-eight (!) nominations. Adams has been everywhere on the campaign trail; Streep hasn’t. It’s a tough call since a performance as complex and gargantuan as Streep’s would normally be an easy call. It's hard to imagine voters not choosing a performance as strong as Streep's Violet Weston, especially it towers above a quartet of fellow nominees that would be worthy winners any other year. Had this been 2011 and she not just won for The Iron Lady, I’d guess that Streep would collect the ninth Globe that she deserves. Adams seems like the one of the four nominated American Hustle stars with the greatest chance of winning, so if Hustle really is the film to beat in the Oscar race, Adams wins. 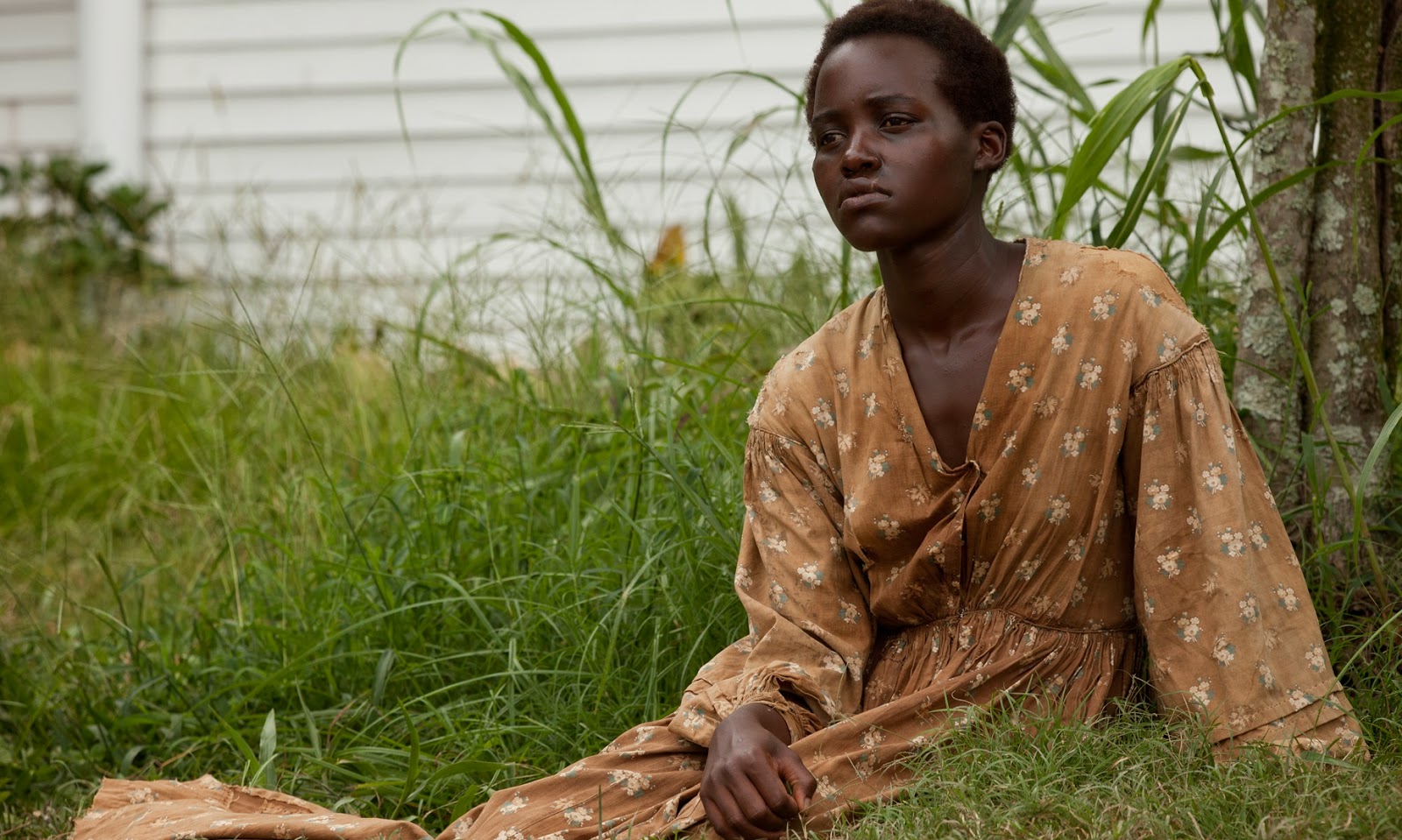 Lupita Nyong’o is a heavy favourite in this category and for a long time I couldn’t figure out why. I mused a few weeks ago that despite my admiration for Nyong’o’s performance and for 12 Years a Slave as the best film of the year, her work just isn’t on the level that people say it is. I attributed the affection for her work largely to the brutal violence that is inflicted on Patsey.

Really though, upon further reflection, Nyong’o didn’t “just get whipped” in 12 Years a Slave. She faked it.

Her performance is, in a way, a lot like Melissa McCarthy’s funny turn in Bridesmaids. McCarthy didn’t actually shit in a sink in the R-rated comedy. She play pooped. The physical comedy of her performance is so spot-on that one thinks it’s real. It’s the same logic with Nyong’o, which explains how this seamlessly effective performance is the one to beat.

Nyong’o’s top competition is probably Jennifer Lawrence for her scene-stealing turn in American Hustle or Julia Roberts’ comeback in August: Osage County. Both are worthy, but I’m rooting for my favourite performance from an actress in a supporting role this year, Sally Hawkins in Blue Jasmine. Hawkins is the unsung hero of the Allen film, and interest for Blanchett’s performance could easily draw the attention she deserves.

And the rest of the show:

The Croods
Despicable Me 2
Frozen

All is Lost
12 Years a Slave
The Book Thief
Gravity
Mandela: Long Walk to Freedom

Will win: 12 Years a Slave
I’d pick: All is Lost
Snubs: Blancanieves (but this never would have happened)

What are your Golden Globe predictions and picks?