A Review by Samantha 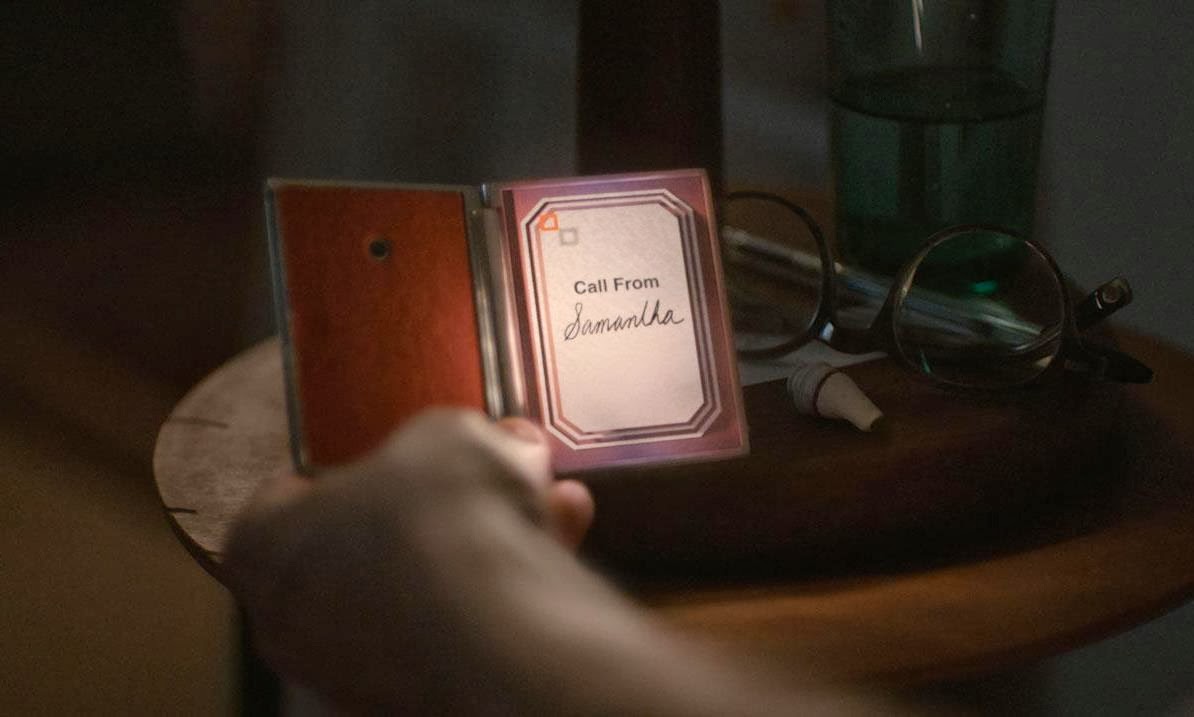 Spike Jonze’s acclaimed film Her finally opened in theatres this weekend after months of hype and praise following its premiere at the New York Film Festival last fall. I don’t know what to make of this latest endeavour from the original mind of Mr. Jonze. In order to wrap my head my disappointment, I turned to the source of all reliable information, my smartphone, and asked my trusty new app, Samantha. What follows is a transcript of our conversation:

Pat: I’m glad we had this conversation about Her, Samantha. Thanks for bringing me around to a positive response!
Samantha: Her is a film about intimacy and communication.

Pat: Samantha, where can people see the film?
Samantha: Her is now playing in wide release.
Pat: Samantha, can you play the trailer? I want to give the film a second thought.