Win Tickets (plus Prizes) to see 'I, Frankenstein' in Ottawa! (Contest Closed) 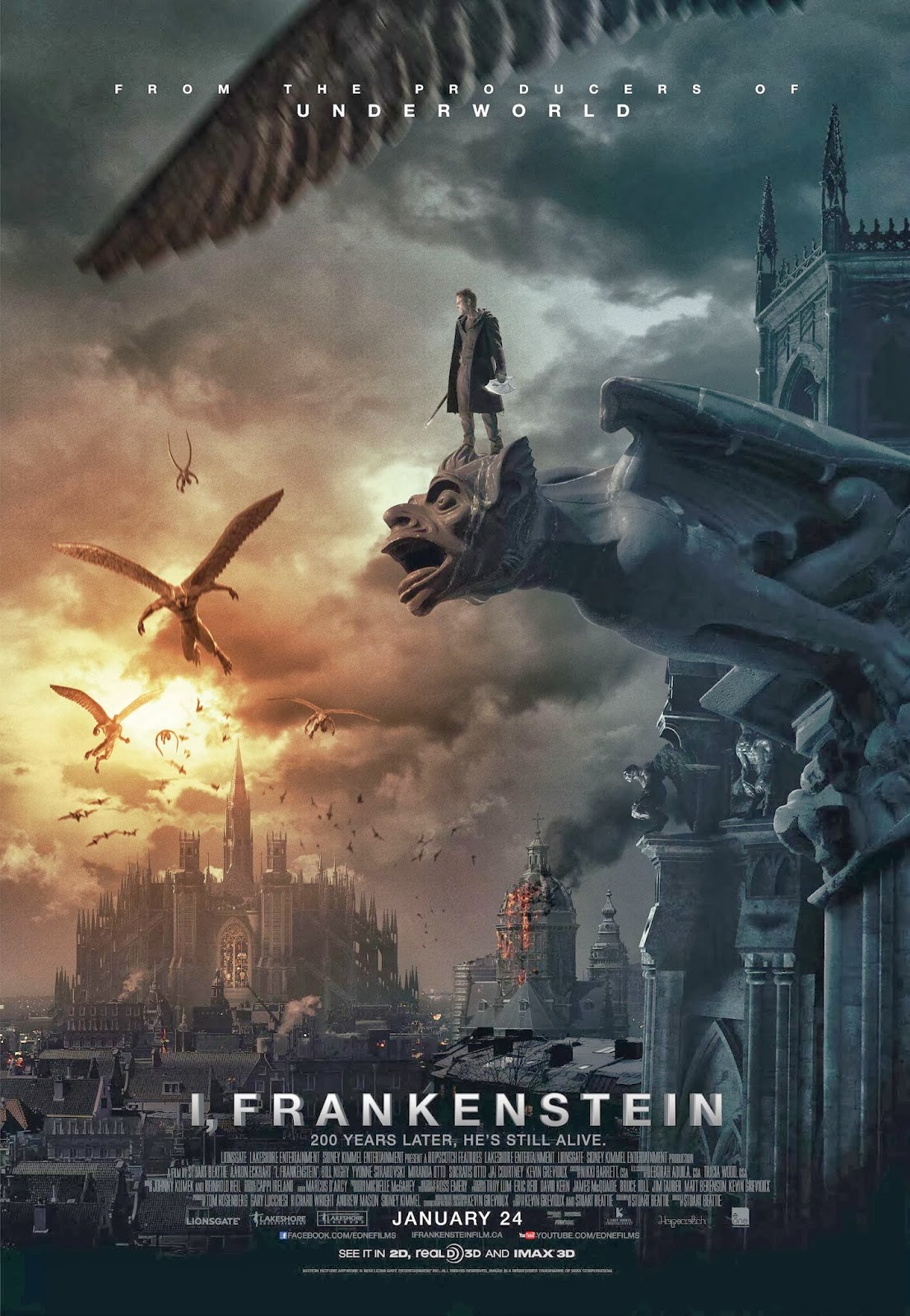 
Synopsis: 200 years after his shocking creation, Dr. Frankenstein's creature, Adam, still walks the earth. But when he finds himself in the middle of a war over the fate of humanity, Adam discovers he holds the key that could destroy humankind. From the co-writer of the hit supernatural saga, Underworld, comes the action thriller I, Frankenstein, written for the screen and directed by Stuart Beattie, screen story by Kevin Grevioux and Stuart Beattie, based on the Darkstorm Studios graphic novel "I, Frankenstein" created by Kevin Grevioux. The story is brought to life by a cast that includes Aaron Eckhart, Bill Nighy, Yvonne Strahovski, Miranda Otto, Jai Courtney, and Aden Young as Victor Frankenstein.

Thanks to our friends at eOne Films, Cinemablographer has ten (10) prize packs for the Ottawa sneak peek of I, Frankenstein. Prize packs include a double passes to the advance screening of I, Frankenstein plus one notebook. (Please note that winner may pick up their notebooks at the screening venue.) All you have to do to enter is answer the following question:

Send your answer to contests@cinemablographer.com with the subject “I, Frankenstein”.
Contest closes Thursday, January 16th at noon.
Screening takes place Thursday, January 23rd at SilverCity Gloucester at 7:00 pm.
Bonus entries go to anyone who shares this contest on Twitter and Facebook!

I, Frankenstein opens in theatres January 24 (3D and IMAX 3D) from eOne Films.