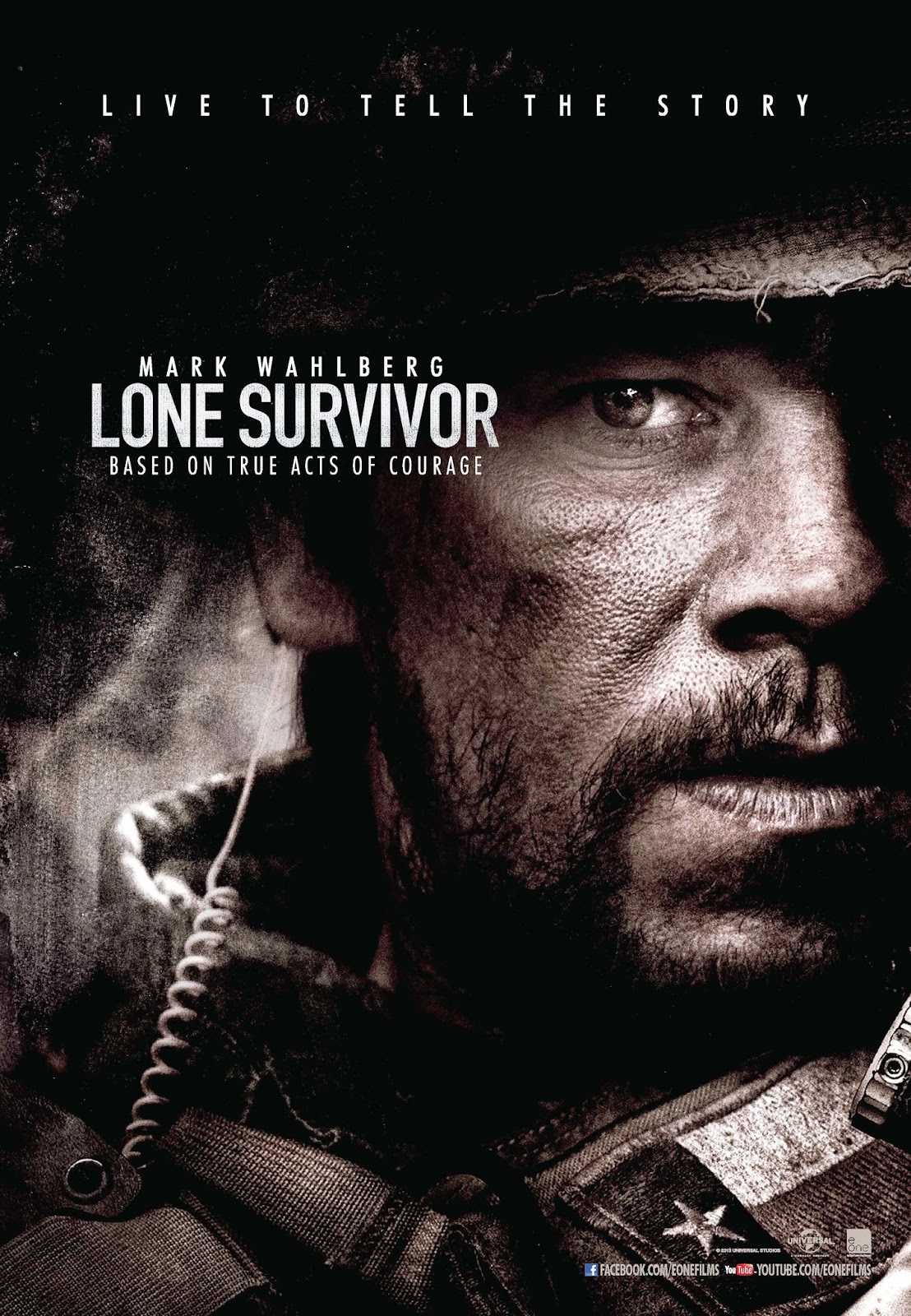 Mark Wahlberg and Lone Survivor took the box office by storm this weekend. The Peter Berg-directed film scored the #1 spot by grossing an impressive $38.5 million. Were you among the crowds that turned up to see Lone Survivor over the weekend? If yes, Cinemablographer salutes you. If not, you are in luck! Click below to win run of engagement to see Lone Survivor, courtesy of eOne Films!

Synopsis: Based on The New York Times bestselling true story of heroism, courage and survival, Lone Survivor tells the incredible tale of four Navy SEALs on a covert mission to neutralize a high-level al-Qaeda operative who is ambushed by the enemy in the mountains of Afghanistan. Faced with an impossible moral decision, the small band is isolated from help and surrounded by a much larger force of Taliban ready for war. As they confront unthinkable odds together, the four men find reserves of strength and resilience as they stay in the fight to the finish.

Thanks to our friends at eOne Films, Cinemablographer has ten run of engagement passes* to give away for Lone Survivor. All you have to do to enter is answer the following Oscar trivia question:

In addition to playing the lead role of Marcus Luttrell, Mark Wahlberg receives a producer credit for Lone Survivor. Wahlberg previously earned a Best Picture Oscar nomination for producing which of the following films?

Send your answer and full mailing address to contests@cinemablographer.com with the subject “Lone Survivor - ROE.”**

Contest closes Friday, January 17th at 9 am.
Bonus entries go to anyone who shares this contest on Twitter and Facebook!

Lone Survivor is now playing in theatres from eOne Films.

*ROE passes are valid at Monday-Thursday (excluding holidays) at participating Cineplex Entertainment LP Theatres in Canada.
**Limit one email entry person. Bonus entries may earned by sharing this contest on Twitter and Facebook.