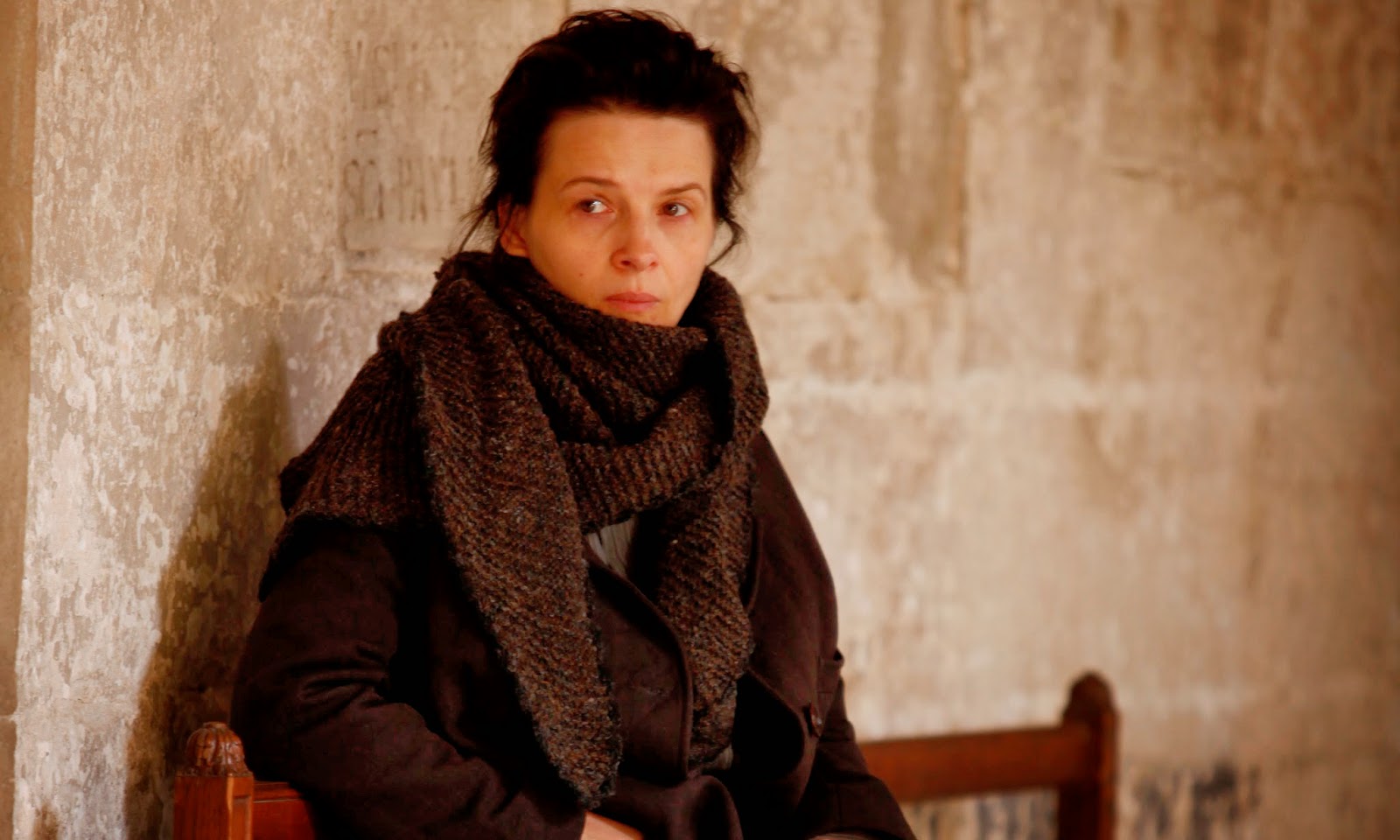 Watching drama unfold at a slow, almost static pace can be mentally exhausting. To live such an experience, however, must be excruciating. The unrelentingly slow and oddly titled Camille Claudel 1915 offers a ninety-five minute glimpse into the life of French sculptor Camille Claudel during a year in her stay at an asylum in Montdevergues. One senses the hell of living in such a place as Camille Claudel observes the mentally anguished Camille, played by Juliette Binoche, approach a kind of psychological annihilation through ennui. When the final title card of the film states that Camille lived in the asylum for another twenty-nine years (against her own wishes and against the advice of her doctors, no less), the languorously paced Camille Claudel hits with an impact one didn’t see coming.


Camille Claudel 1915 might seem like an eternal descent into dramatic nothingness, but the story in fact offers a mere three days of Camille’s life within the asylum. Writer/director Bruno Dumont introduces Camille during her most hopeful (and perhaps most cruel) episode in the asylum as she awaits a visit from her brother, Paul (Jean-Luc Vincent). Camille is in the asylum following her fifteen-year relationship with her mentor Auguste Rodin and several years of reclusive sculpting following the demise of their relationship. Dumont outlines the circumstances of Camille’s sentence to the asylum quite clearly with the help of a few opening title cards and some scant expository dialogue scattered throughout this soft-spoken film.

Camille’s life in the asylum is one of monotony and paranoia. Binoche putters about the stone building demurely and lethargically as Camille lives in fear that someone in the asylum plans to poison her. (She believes that Rodin wants her dead even though their relationship has been over for twenty years.) Dumont and Binoche make Camille’s isolation abundantly clear. She does virtually nothing all day for the three days in which we accompany her. All she does is wait in silence for the next meal, which she prepares and eats alone as a caution against potential harm. Her interaction with the other patients is minimal, too, for she is not as overtly (in some cases severely) mentally ill as the other patients are, and she views the disparity in communication and social skills with impatience.

Camille’s fellow inhabitants in the asylum, both the patients and the nurses, are played by non-actors carrying out their ordinary roles. One could perhaps call Camille Claudel borderline exploitative for how long Dumont lets the camera linger on the patients as they struggle to articulate words and feelings to Camille. (One patient seems particularly drawn to her, but Camille violently rebuffs her attention.) Alternatively, Camille Claudel never really comments on any of the patients in the asylum aside from the title character. One should also appreciate the casting of real nurses alongside their patients, for Camille Claudel is refreshingly respectful of its subjects while using them to create an air of authenticity in its portrait of mental illness. It’s a study of people and space that creates the reality of mental isolation and physical confinement by observing one dejected woman deteriorate through her lack of connection.

Take, for example, one fascinating scene in which Camille watches her fellow patients rehearse a play. The actors struggle to memorize their lines, repeating them ad nauseam with the aid of a coach. It’s almost as frustrating as the parallel scenes in which Camille is irked by the incessant drumming of cutlery on a table or by a loop of non-verbal vocalizations her fellow patients make as they communicate with the nurses. (The way in which the film conveys Camille’s intolerance for her fellow patients might be off-putting to some viewers.) Camille lives in a big cavernous place where the only words she hears are her own. The play, meanwhile, doubles Camille’s self-fixation by voicing her own rhythmic thoughts in the lines of dialogue as Don Juan courts a would-be lover, who rebuffs his affection and says that he will toss her away. As the lines are turned repeatedly, the camera holds on Binoche as Camille dramatizes her own fate in her mind and makes the play a staging of her broken relationship with Rodin.

Camille Claudel 1915 is such a detached character study that it is both captivating and infuriating. One’s attention is consistently enrapt, though, thanks to Binoche’s outstanding performance. Binoche conveys Camille’s despair and boredom with remarkable nuance and subtlety. She carries virtually the whole film with her face, looking ambiguous and inquisitive, as Camille searches for hope and answers within her place of exile. Binoche gives careful eruptions of Camille’s potential madness, though, for part of the film’s conceit is leaving Camille’s mental capacity up for question until her brother comes to visit and potentially rescue her from the hell she’s living.

One late shot of Camille Claudel, however, is a true tour-de-force for Binoche as she reveals Camille’s mental state to the audience. Binoche, for most of the film, has been composed in medium shots or close-ups until Paul comes to visit. The powerful latter-act shot mirror an earlier scene in which Dumont zooms in close on Binoche as Camille mentally composes a letter voicing her desire to escape. When Camille finally gets a chance to fight her fate, Dumont shows her weary face in a much tighter framing than he has before. Binoche uses this extra inch of intimacy to convey in minute detail the utter psychological hell of her character. Camille looks as if she has imploded from boredom, as dullness is etched over every bit of her haggard face. Binoche bogs Camille down with fatigue in this moment, showing the audience a woman who is at once not quite as ill as her brother insists her to be, but also a woman rendered unwell by the void of tedium that has engulfed her.

It’s a tedious experience to be sure, but while Camille Claudel 1915 is not for all viewers, it’s worth an obvious visit thanks to Miss Binoche’s performance. Camille Claudel 1915 offers one of the best performances in a career that has already given audiences Blue, The English Patient, and, most recently, Certified Copy. To watch Juliette Binoche in this role for another twenty-nine years would hardly be boring at all.


Camille Claudel 1915 screens in Ottawa at The Mayfair until February 5.