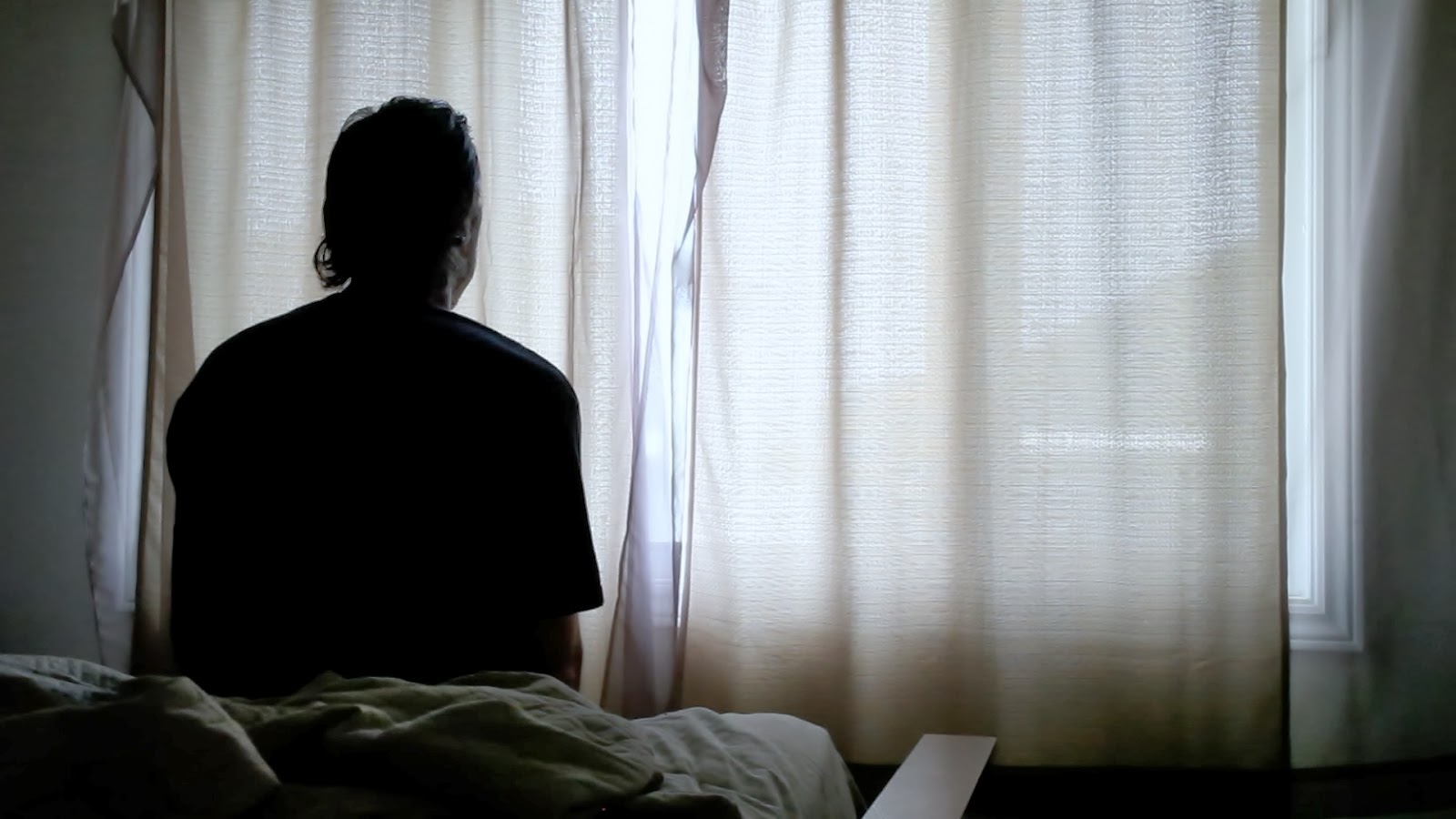 “Find Closure: That’s the way to stop the dreams,” says Peter (the late Robert Lawton).
“What if they don’t stop?” asks Thomas (Richard Roy Sutton). “What if they’re real?”
“They’re not.”


Thomas Splinter has recurring nightmares in William’s Lullaby for which he seeks advice from Peter, a hypnotist, to put his mind at ease. The nightmare that torments Thomas throughout the film offers the introductory image to William’s Lullaby and it haunts the film throughout. It’s a silent desaturated sequence (although Thomas could easily imagine it in full sound and colour) featuring two boys loitering in their school bathroom. A third boy enters and a confrontation ensues as an act of bullying plays out against the melodramatic piano keys that override the scene. One of the two boys decides to walk away from the altercation and goes into the hallway. A gunshot (unheard by the viewer) rings out. Is this the root of a bad memory or the birth of a new one?

Writer/director Nicholas Arnold carefully draws the source of Thomas’s nightmarish anxiety by unfolding his exploration of his past demons under Peter’s hypnosis alongside scenes of Thomas’s ongoing struggle to provide for his son, William (Toby Bisson). Thomas, a recent widower, feels inadequate raising his son alone. This fear manifests itself in Thomas’s recurring dream, for William—an inquisitive child who isn’t fitting in at school—might be the victim or, worse, the shooter.

William’s Lullaby offers a dark and hypnotic tale of trauma and memory. Thomas suffers from a fear of confronting the unknown, and each descent into his subconscious becomes more dark, ambiguous, and sinister as his trips into the recesses of his mind and unearths old memories that he wishes would stay dormant. Thomas has some sleepy nights thanks to the advice he receives from Peter, but the daytime becomes more nightmarish as his relationship with William spirals out of control and elements of dreams permeate the daylight.

Arnold’s sparse, minimalist approach helps blur the dream world and reality as Thomas’s grief and anxiety overtake him. The first trip into Thomas’s subconscious—the image that opens the film and appears throughout—is the most overtly stylistic piece of William’s Lullaby with its muted colour palette and prominent score. William’s Lullaby, however, intuitively weaves the dreams into the sparse rendering of Thomas’s warped reality using atmospheric light and shadows. A layered David Lynch-ish sound design helps the terror of Thomas’s subconscious invade his relationship with William. The contrast of seemingly real images and a soundtrack with a twist of the sinister and the supernatural creates some of the film’s most unsettling moments. The blurring of hallucination and reality culminates in the film’s unexpected and unnerving finale.

Writer/director Nicholas Arnold handles the weighty subjects of grief and trauma well by focusing on the dissolution of the relationship between Thomas and William, rather than on the backstory that eventually drives them apart. Little is said of William’s deceased mother and equally minute exposition is given to Thomas’s own childhood trauma. The film instead lets the off-screen trauma act as an omnipresent element of the film’s subconscious. The reasons for the pain and loss one sees in William’s Lullaby are not explained; they are felt and realized through implication.

Much of the power of William’s Lullaby comes thanks to the compelling performance by Richard Roy Sutton (Crook) in the tricky role of Thomas. Often acting solo, Sutton conveys the inner torment that is both a product and agent of the paranoia that underlies the film. He also isn’t afraid to make Thomas seem like a volatile menace when William’s histrionics become too much, and his outbursts amplify the tension William’s Lullaby builds throughout. Lawton, on the other hand, gives a likable performance as Peter, who is an easy ally for the audience may align as they watch the domestic troubles between Thomas and William unfold.

This disquieting, if slow and slightly overlong, study of grief is both sensitive and realistic. It’s an assured production for a film of such modest means. William’s Lullaby looks at the pain of confronting trauma and of overcoming one’s uncertainties, but it also realizes that the greater terror lies in the fear to face such troubles and seek help. Arnold, who began writing the film when he was only seventeen years old, displays much promise and he is surely an up-and-coming filmmaker to watch. Arnold also receives credits as editor, producer, and executive producer for this film journey that spanned five years. William’s Lullaby is a thought-provoking film, not simply for its ability to reshape reality, but for its sensitive and honest portrayal of grief and loss.