Two Takes on Vampire Academy: Reviews from Me and My Inner Thirteen-Year-Old Girl 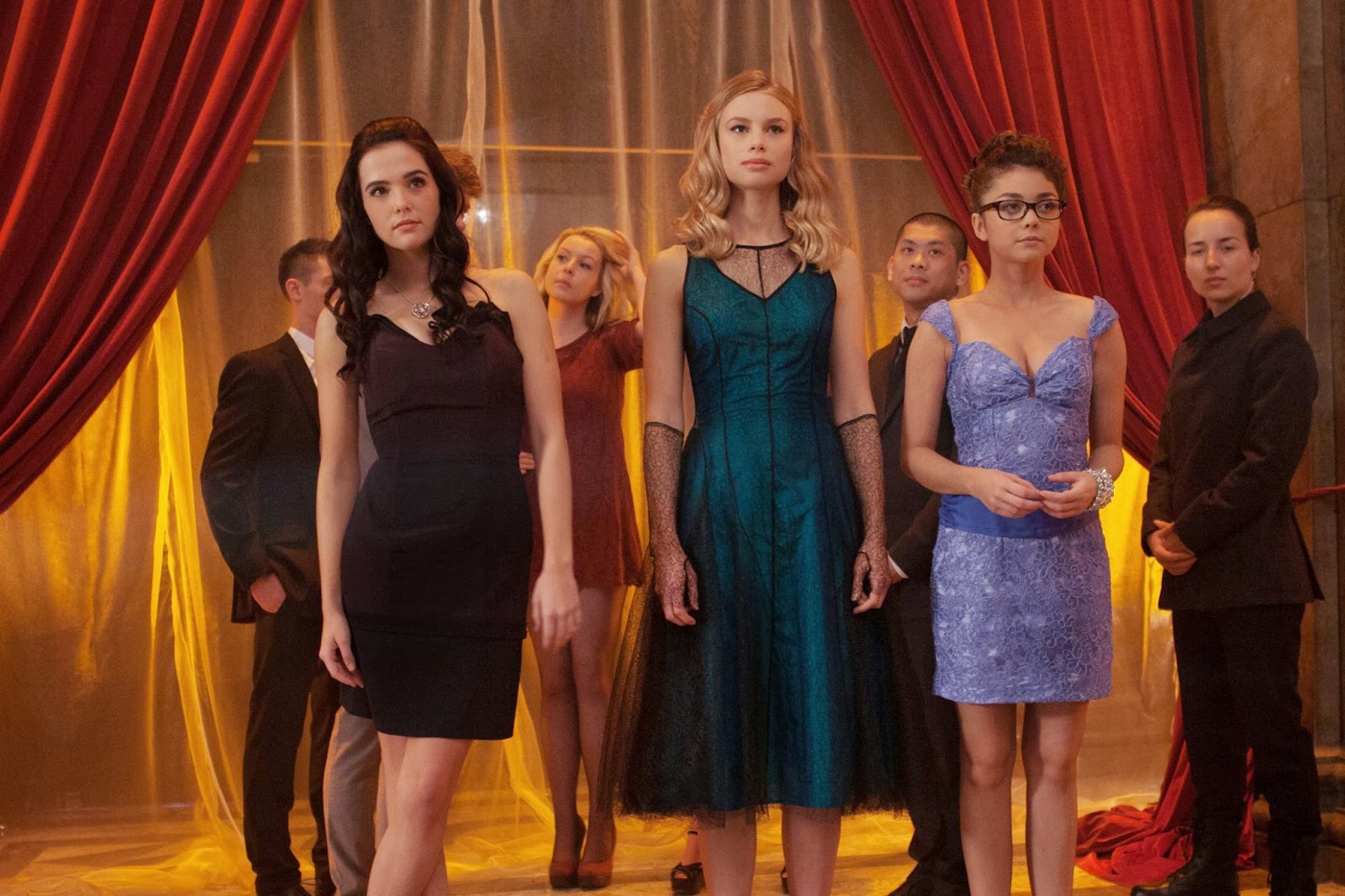 I caught a sneak peek of Vampire Academy last night, but as folks at the screening were kindly handing out nail polish to all the young girls in line, I realized that I was probably not a member of the film’s target audience. Therefore, in an effort to understand the YA lunacy of Vampire Academy, I decided to embrace my inner thirteen-year-old girl and let us both review the film. 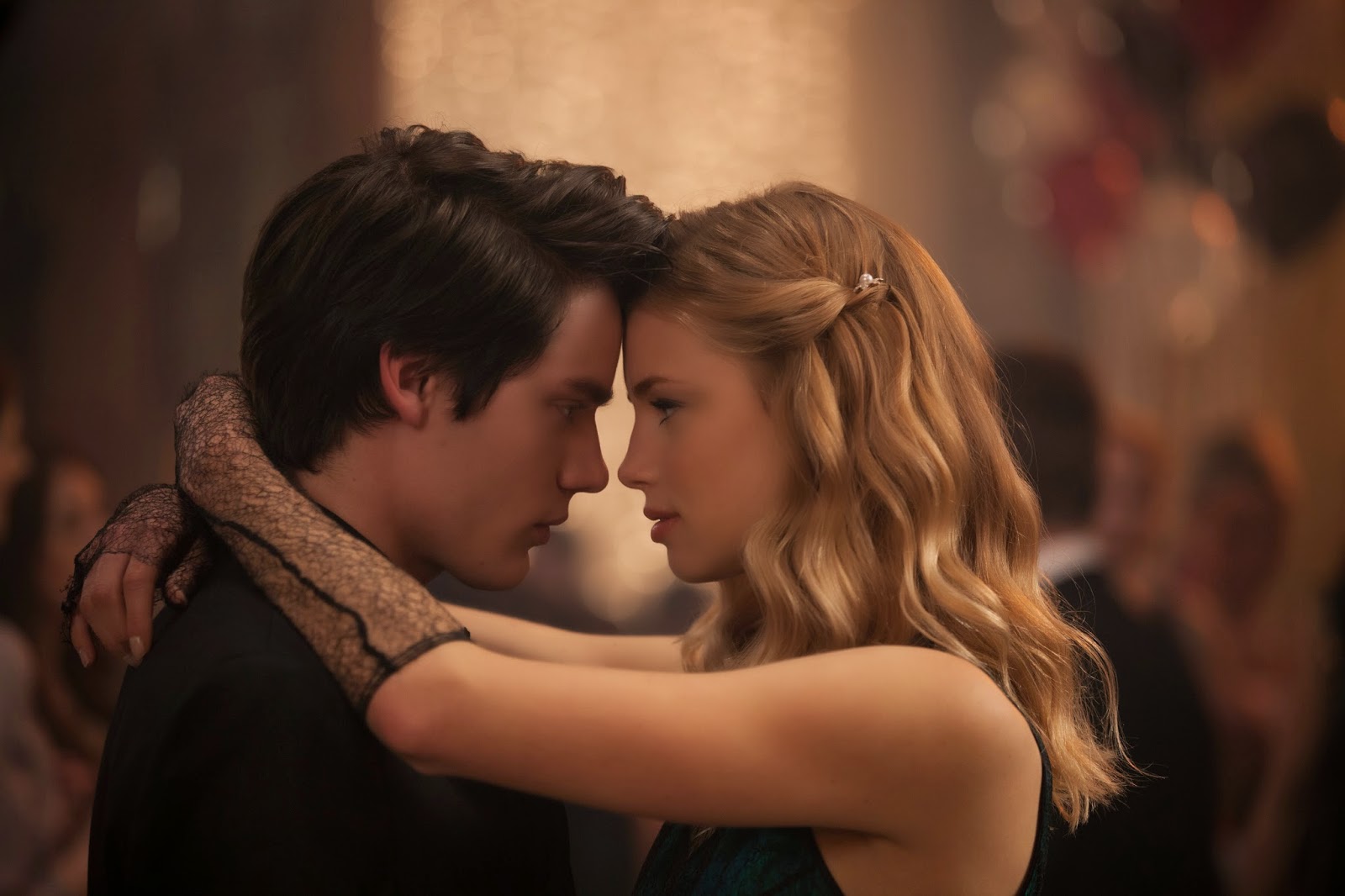 A Dhampir named Rose, who is played by Zoey Deutch, must protect the Moroi princess Lissa, Lucy Fry play’s her, and their back at school after running away. Back at the school that they ran away from, Rose and Lucy find out that Lucy’s boyfriend is cheating on her with a bitch named Mia and then people start bullying Lissa because she hasn’t declared a magical power yet. Fire, water, air, and something else are the powers but Lissa has other powers too. Rose got powers too cuz she can see into Lissa’s mind when Lissa’s talking with other people. People think Rose and Lissa are lesbians because Rose let Lissa suck her blood when they ran away. But that’s truly what friends so. Especially vampire friends! They’re BFFs.

Then there’s the missing teacher Ms. Karp and the evil headmistress Kirova who looks like a real vampire but is really funny when she gets stuck in the butt with a needle and says she could have been a model. So much happens in Vampire Academy.

Mark Waters directed the classic movie Mean Girls so he’s truly the perfect artist to make Vampire Academy into a movie. It’s so much like real high school but with vampires. Vampire Academy talks about classic vampire movies like Twilight but none of the guys are like Robert Pattinson. You don’t have to be on Team Edward or Team Jacob. There’s the hot Russian trainer Dimitri that Rose is crushing on but he’s old enough too be her dad. Creepy. Not like Woody Allen creepy but it’s supposed to be gross. I wonder what Lena Dunham thinks of that?

I’d be on Team Natalie. Team Natalie is the best! Natalie’s like that dorky girl in high school but she’s really funny and I felt bad for her when her dad made her into a strigoi. But she’s believable as a moroi and a strigoi. Actress is good.

It’s all about the friends, like Girls or Mean Girls. Rose and Lissa are truly friends through thick and thin. There’s so many layers to Vampire Academy. It’s like an onion as Mark Waters peels away the believable layers and makes it fun and comedy.

And it sets up Frost Bite. That got me really excited!!!
Vampire Academy is my favourite movie since The Book Theif. 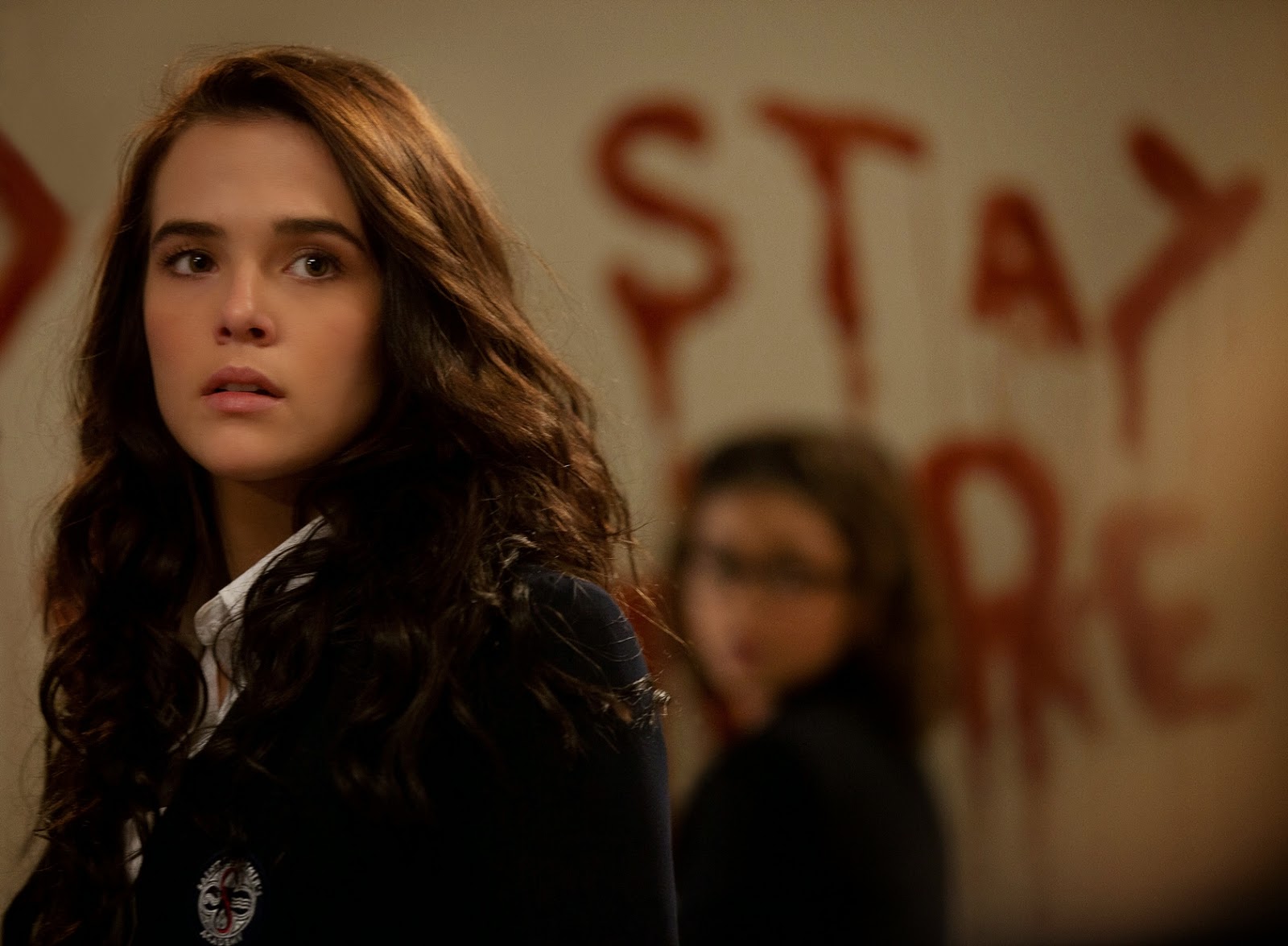 Someone drive a stake through Stephenie Meyer. Vampire movies have run their course and each Twilight rip-off is worse than the one that came before it. Vampire Academy, an utterly inane adaptation of the popular teen-lit series by Richelle Mead, must have Bram Stoker rolling in his grave. This mindless turkey sees Dracula descendants hit rock bottom: Vampires have fallen even lower than M. Night Shyamalan has thanks to Vampire Academy.

Vampire Academy betrays just how exhausted teen-targeted fang fiction has gotten by devising a ludicrous vampiric hierarchy in which vampires are not merely vampires, but are dhampirs (half-vampire, half-human), moroi (some sort of vampire with royal blood), and strigoi (vampires of the 28 Days Later variety). Dhampirs protect moroi from strigoi, or something like that since the incomprehensible plot of Vampire Academy puts dhampir Rose (Zoey Deutch) as the fearless protector of her BFF moroi Lissa (Lucy Fry) as they crusade against a clique of mean girls and cackling teachers who all have it in for Lissa for some unknown reason. (Moroi have several elemental powers, but the students in Vampire Academy must declare one to harness. Lissa has a fifth supernatural power of which the teachers all seem to want to take advantage.)

Vampire Academy follows the lead of its bubbly dhampir and goes half-and-half with its generic twist on the age-old vampire thing. Its part self-referential farce and part revisionist genre-piece. Neither element works, though, for Vampire Academy makes endless tongue-in-cheek references to the bloodsuckers that have come before it—an opening voiceover by Rose sets up the differences between Mead’s vampires and the ones in Vampire Academy (they can go in the light and they don’t sparkle)—while outlining an exhausting itinerary of unintelligible dhampir jargon to make the film sound fresh. If it looks like a vampire and sounds like a vampire, though, it’s a vampire. The canon of adolescent vampire mush is just so overdone (and overdone so poorly) that even the slightest twist cannot save it from feeling dead and rotten.

Vampire Academy might have at least verged on the so-bad-it’s-good novelty had director Mark Waters (Mean Girls) embraced the idiocy of the material and gone full camp. Young fans of the books might be pleased, but Vampire Academy is a boring mess with half-baked execution. It never works as a satire of teen life or of the well-trodden vampire genre itself. Waters pulls Vampire Academy in two directions as the film tries to please fans of the source material and moviegoing audiences that are tired of seeing the same dead corpse reanimated. Vampire Academy sucks the blood out of every living thing it touches and fails to deliver on both fronts. When the film sets up its inevitable sequel, exasperated moviegoers are bound to emerge from the darkness of the theatre and step into the light hoping they’ll disintegrate and never again have to endure a vampire movie.