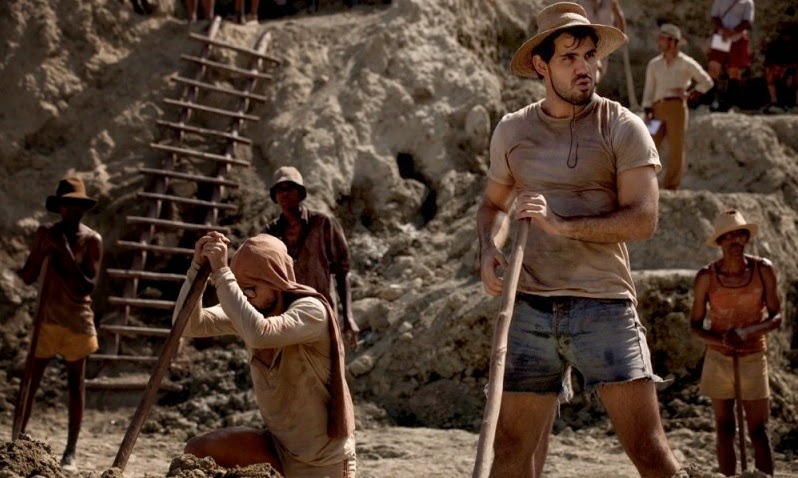 National cinema is a tricky thing. The process of zooming in on the practices, themes, and aesthetics percolating within one set of borders offers a convenient method for highlighting currents in world cinema. Just look at the fixation cinephiles have for long takes in films from Romania. One recurring aesthetic choice—conscious or unconscious—might attract a repeat audience that rides the Romanian New Wave on the festival circuit each year. If Romania is one European country that has clearly benefited from discourse on national cinema, then Brazil might assume the role of the Latin American nation that has recently enjoyed the same spotlight.


It’s fitting, then, that this year’s Latin American Film Festival invites Ottawans to land in Brazil to begin their tour of the Latin American cinemascape. LAFF opens tonight with Bald Mountain (Serra Pelada) and the film is sure to let audiences experience the same electrifying jolt they felt during the renaissance of Brazilian cinema around the turn of the millennium. Bald Mountain is a bold and exciting drama with a sweeping historical backdrop. The visuals of the landscape are just as thrilling as the visual work on display in the film, which makes Bald Mountain a sumptuous opening number in spite of the film’s potent grittiness.

This film by Heitor Dhalia (Gone) has an awesome grandeur as it brings to the screen a historical drama about the gold rush at Serra Pelada (Bald Mountain) in the early 1980s. Friends Joaquim (Júlio Andrade) and Juliano (Juliano Cazarré) decide to leave their lives in São Paulo with dreams of striking it rich with a gold claim, but Bald Mountain instead stakes a brutal portrait of greed and corruption as the riches of the mountain tear the men apart.

Bald Mountain begins with Juliano seated in an interrogation room. The camera holds on his face as the investigator repeats the question, “Have you ever killed a man?”  Cazarré is stoic and he gives audience the initial impression that Juliano is a reserved and contemplative man; however, as the film flashes back and tells the full story between the frames of the interrogation, Bald Mountain explodes Juliano as a monstrously corrupt man. Joaquim, on the other hand, retains a naïve character as the friends rise in status on the mountain. Joaquim is equally tainted by the time at the gold mine, as his focus on insatiable wealth draws him away from the philosophy of working to provide for his family back home in São Paulo and moves him further from the values that define him at start of the expedition. Friends become rivals as ambition turns into fool’s gold, and the pit at Bald Mountain becomes an all-consuming abyss.

The friends’ intimate story assumes an epic scope as Dhalia frames their fall amidst the expansive backdrop of the Serra Pelada rush. Bald Mountain offers some visually stunning feats as Dhalia takes the story into sprawling locations used to recreate the mine. The director stages Bald Mountain within a titanic production design that renders the thousands of hopeful miners into insignificant ants. The cavernous mine gives the film due credit to the allusion it makes to the pyramids of Egypt that appears in Joaquim’s voiceover as he narrates the tale. The magnitude of the drama and the weight of the tragedy evoke comparison to large-scale studio film of 1950s and 1960s, as the inverted pyramids of Serra Pelada have the enormity of a Biblical epic. 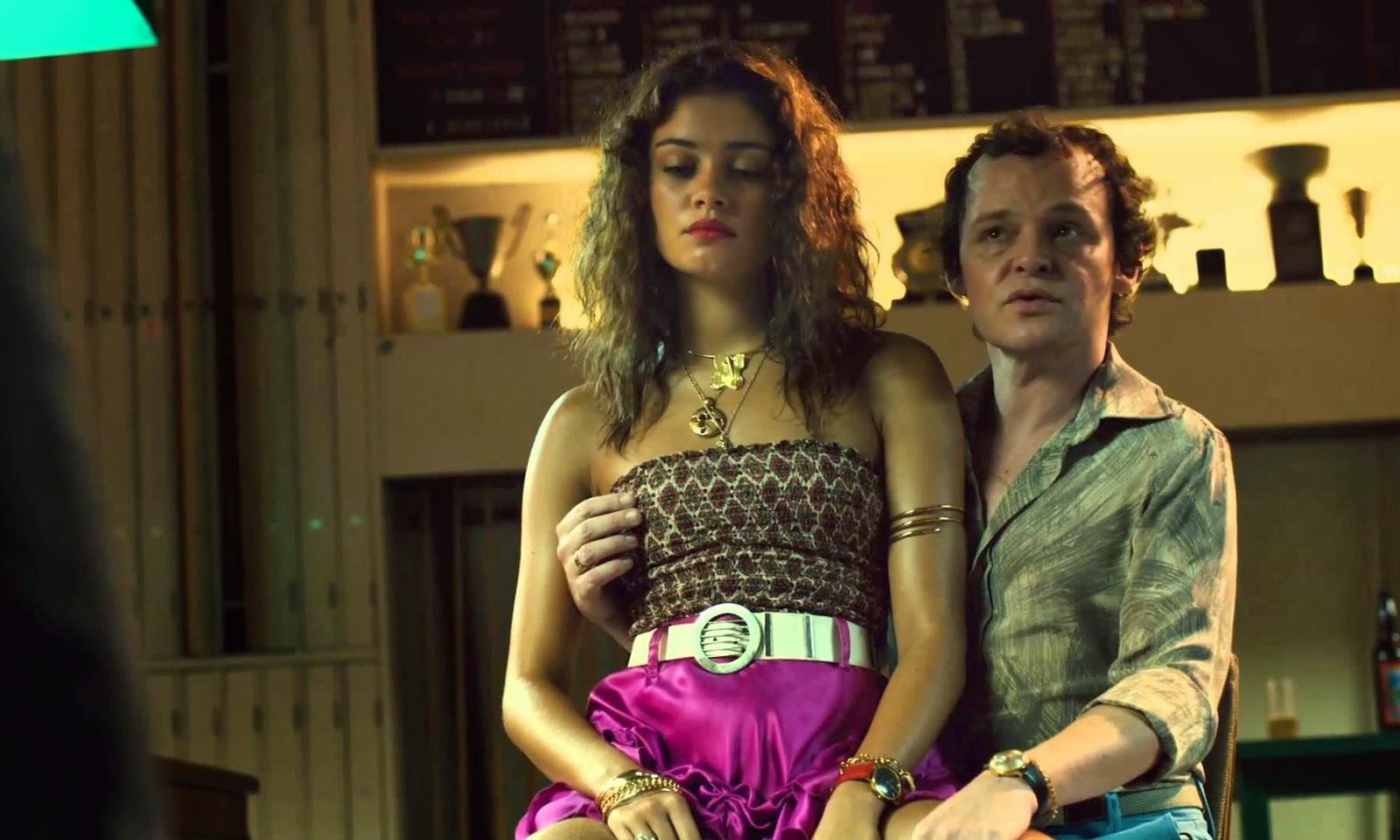 As Dhalia sets the downfall of Joaquim and Juliano within the greater corruption capitalism breeds in the mines, Bald Mountain whisks the viewers into the smaller, more intimate peripheries into which the exploitative by-products of the gold rush spill and multiply. It’s in this corner of the mining town that Juliano gets his greatest thirst for power as he pursues a local prostitute named Teraza (played with memorable fieriness by Sophie Charlotte) who is betrothed to the reigning slumlord and kingpin prospector. Echoes of the western arise as Juliano turns to violence and becomes his own lawmaker, as he attacks the mining community with a spree of graphic violence worthy of Deadwood. Alternatively, Joaquim becomes an equally flawed character as he enlists the help of a rival gangster, played by Wagner Moura of Elite Squad fame, to get revenge via street justice. Bald Mountain crumbles the prospectors’ dreams and their illusions of prosperity as Dhalia moves in and out of the expansive space of the setting and creates a world that consumes and dehumanizes the men of the mines.

Bald Mountain juxtaposes the awe-inspiring landscape scenes with passages set in the tacky fluorescent light of the slummy underworld. The bars and brothels outlying the mountain have a sharp and gaudy contrast to the arresting imagery of the mountain with their flashy tones of purple and pink that bathe the underworld, which overwhelms Juliano, in an intoxicating feverishness. Most striking in the impressive visuals of Bald Mountain, however, is Dhalia’s use of the natural elements of the mountain as agents for both freedom and corruption.

Mud enjoys a particularly symbolic role, as an early skirmish in the fields cloaks Joaquim and Juliano in a muddy bloodbath in which the fatal results of the fight seep into the natural surroundings of the mountain and foreshadow the tragedy to come. Similarly, one dream sequence featuring Joaquim shrouds the more optimistic of the two prospectors in the mystical power of the landscape. This surreal sequence—a standout moment in the film—implores the character to grasp his roots and return to his natural life before the mania of the mountain condemns him for good. The use of light and contrast to draw out the natural elements makes Bald Mountain a visually rich experience.

Dizzying handheld cinematography gives the film a bracing energy and gradually generates a sense of chaos as things begin to spiral out of control. The rapid and kinetic editing by Márcio Hashimoto Soares gives Bald Mountain an almost break-neck pulse. The visual intensity of the film, plus its generic mixings and tragic tale, make Bald Mountain an obvious must-see for any film buffs that were fortunate to catch Brazilian Western on the festival circuit last year and are eager to see the continuities in Brazilian cinema take the next step.

Last year’s Latin American Film Festival also opened with a Brazilian film, The Clown (ironically so given the festival acronym of LAFF), which still seems like an oddity among the offerings from the Latin American nation that have made their way to local screens. Bald Mountain easily fits into the mould that’s been shaped for Brazilian cinema in international corners ever since the roaring success of 2002’s City of God, for better or for worse, gave the country one of its biggest hits. Not every Brazilian film needs to be City of God, just like how Romanian films don’t need to be 4 Months, 3 Weeks, and 2 Days to fit the bill for “Romanian cinema,” but any expectations for City of God-like “Brazilianness” brought to Bald Mountain might actually do the film a favour.

Bald Mountain, for one thing, shares a style and aesthetic reminiscent of Meirelles’ kinetic crime film, but the similarities essentially end there. (Throw in some gangland violence and slums for good measure.) Side by side, though, Bald Mountain offers an impressive snapshot of how far Brazilian cinema has come in the decade since City of God in expanding Brazilian stories to a larger canvas. (The opening Warner Bros. credit in Bald Mountain gives a taste of the range to expect.) The sheer scope and scale of Bald Mountain is truly stunning. It’s a sweeping, exhilarating epic.