Meryl Streep and Jeff Bridges in 'The Giver' Teaser 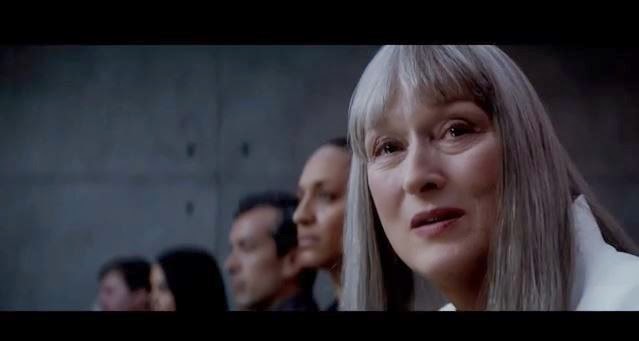 New Meryl has landed! The Weinstein Company released a teaser trailer for the upcoming sci-fi film The Giver starring Meryl Streep and Jeff Bridges. Based on the novel by Lois Lowry and directed by Philip Noyce (Salt), The Giver hits theatres August 15th. Looks promising!

Did anyone else get an Iron Lady vibe in Streep’s voiceover, “Where disorder became harmony”?


Synopsis: The haunting story of THE GIVER centers on Jonas, who lives in a seemingly ideal, if colorless, world of conformity and contentment. Not until he is given his life assignment as the Receiver of Memory does he begin to understand the dark, complex secrets behind his fragile community. The film is based on Lois Lowry's beloved young adult novel of the same name, which was the winner the 1994 Newbury Medal and has sold over 10 million copies worldwide.