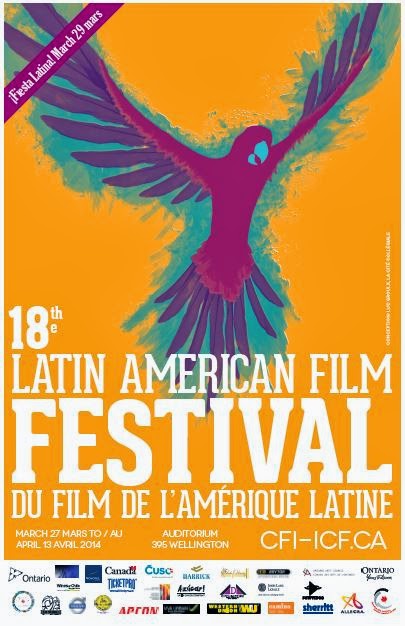 
This year’s LAFF features 16 films from 16 countries to celebrate the diversity of Latin American culture. This wide-ranging programme should bring Ottawa filmgoers out of hibernation, especially given the Senators’ recent losing streak. It’s been a strong year for Latin American cinema on the festival circuit, with last year’s LAFF hit 7 Boxes enjoying a recent run at the box office (it opens in Ottawa today at The ByTowne in case you missed it) and with Chile’s back-to-back Oscar picks No and Gloria doing particularly well in limited release. The range of films on display at this year’s festival, however, provide something for any taste, as the Latin American Film Festival offers warm romance (see: Argentina’s Heart of a Lion), sunny comedy (see: Honduras’s Who Pays the Bill?), dramatic Cannes winners (see: Mexico’s After Lucia), and sweeping historical films (see: Venezuela’s Bolívar, a Man of Difficulties). CFI Executive Director Tom McSorley also noted during the programming announcement that this year’s festival would expand upon the positive reception for last year’s festival and include several appearances by guests and filmmakers such as acclaimed actor Luis Alberto García for the screening of Cuba’s Habanastation and filmmaker Arnaldo André for the screening of Paraguay’s Reading by Justino

The chance to enjoy films that one can rarely see anywhere else is reason enough to take advantage of many of these screenings, but the LAFF 2014 offers a range of activities that take the festival’s celebration of Latin American culture beyond the film experience. Included among the festivities is LAFF’s first ¡Fiesta Latina! on Saturday, March 29 from 1 to 7pm at Library and Archives Canada. The afternoon event is a one-day cultural experience that is free to Ottawans and invites cultural junkies to sample an array of flavours offered by local Latin restaurants and, better yet, Latin American wineries. ¡Fiesta Latina! offers Latin jazz performances and fine art exhibitions to complement the food, wine, and Latin coffee that filmgoers will enjoy at the fiesta, and there will also be plenty of information on hand should film buffs wish to book a trip to one of the many countries showcased during the festival. Just as many sights and sounds are offered in the upbeat trailer for this year’s Latin American Film Festival (see above), which was prepared by CFI programmer Jerrett Zaroski and should entice festival goers to get multiple stamps on their passport at the festival this year.

Film highlights for the 2014 Latin American Film Festival include:

Dir. Ian Padrón | Cuba | 96 minutes
Fri. March 28 at 7:00 pm
Synopsis: Winner of multiple festival awards, Habanastation depicts the adventures of 12 year-old Mayito (Ernesto Escalona), the son of a wealthy jazz musician Pepe (Luis Alberto García), who brings Mayito a Playstation3 back from his foreign trips. Overjoyed, Mayatio brings it with him to show his friends after the May 1st national holiday, but he gets separated from his classmates during the crowded celebrations. Accidentally boarding the wrong bus, Mayito finds himself in La Tinta, an unfamiliar and poorer section of Havana where by chance he encounters a school classmate, Carlos (Andy Fornanis). As this new friendship grows, Mayito soon learns a whole new set of games from Carlos and his neighbourhood ‘natives.’ Playstation is one thing, but real life play is another. Amusing and energetic, Habanastation is an unforgettable, exuberant journey through one of the world’s most lively, photogenic, and fascinating cities.
Notes: Cuban night looks like a particularly worthwhile event at LAFF with the aforementioned appearance of Mr. García plus a special 30-minute musical performance by internationally-renowned Cuban singer-songwriter Gerardo Alfonso before the screening. (The screening will be followed by a reception to add more bang for your buck!)

Dir. Ramón Peón | Cuba | 1930 | 70 min.
Sat. March 29 at 2:00 pm.
*Regular CFI admission prices apply for this screening.
Synopsis: In this classic Cuban silent film melodrama, the affections of Trina (Diana V. Marde), beautiful daughter of a wealthy rancher, are sought after by two men. Yeyo (Miguel Santos) is a modest farmer, who is not considered socially worthy by Trina’s powerful father. The other suitor, Guillermo (Guillermo de la Tore), is an affluent man who has earned money overseas. To prevent Yeyo from winning the girl's hand, the conniving Guillermo questions his legal title to his lands. The deed has gone missing, and Yeyo has no proof of ownership. In desperation, Yeyo prays to the Virgin Mary for help. As a possible wedding day approaches, he’ll need a miracle to prevent Guillermo from winning Trina.
Notes: The screening of this silent film will feature live piano accompaniment by local musician Miguel De Armas, making for a unique matinee performance of this rarely seen film. (Perfect to take in while enjoying ¡Fiesta Latina!) 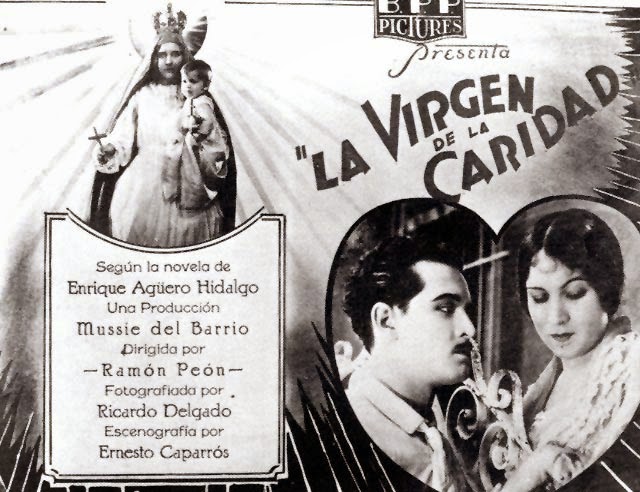 Synopsis: During the turmoil of the fall of the Venezuelan Second Republic, “El Libertador” Simón Bolívar (Roque Valero) flees to Jamaica, and subsequently to Haiti, with no money or friends. While there, he struggles to mobilize the various and sometimes conflicting interests of the Caribbean region’s colonies and the European powers who oppose Bolívar’s project of liberating Latin America. A stirring dramatization of the the little known Caribbean year (May 1815 – May 1816) of El Libertador, Bolívar is a sumptuous period piece that depicts the passions, adventures, and trials of one of Latin America’s greatest revolutionaries.
Notes: Bolivar looks like an especially promising choice for fans of last fall’s historical hit at the European Union Film Festival, God Loves Caviar.

Synopsis: After the death of his wife Lucia, Roberto (Hernán Mendoza) and his 17-year-old daughter Alejandra (Tessa Ia) move from the pacific coastal city of Puerto Vallarta to Mexico City. Unlike Alejandra, who quickly makes new friends and is adapting to her new urban environment, Roberto is not coping well with his grief. As their new life continues, Alejandra becomes involved in compromising circumstances at a house party with her new friends, who suddenly and cruelly betray her. In addition to their grief, Roberto and Alejandra are now thrust into a whole new series of dangerous and disturbing challenges.
Notes: This acclaimed film won the Un Certain Regard Award at the 2012 Cannes Film Festival and was Mexico’s official submission for Best Foreign Language Film at the 2012 Academy Awards.

Synopsis: Ivana Cornejo (Julieta Díaz, from Dos Mas Dos) is a successful lawyer. She's been divorced for three years, but shares the office with her lawyer ex-husband. One day, Ivana loses her cell phone. Happily, she gets a call from the person who found it. Happier still, it is from León Godoy (Guillermo Francella), an architect with a very attractive personality: charming, charismatic, and single. Attracted to each other during the chat, they agree to meet so he can return Ivana’s phone. What follows their first meeting is one of the great Argentine screen romances, filled with ups and downs and a growing awareness that there are no shortcomings when it comes to love. An absolutely charming, moving, and amusing love story.
Notes: Argentine cinema has enjoyed a surge in popularity ever since The Secret in Their Eyes scored the 2009 Oscar for Best Foreign Language Film, so keep an eye on this national cinema for some of the most exciting and talked about Latin American cinema.

All screenings for the 2014 Latin American Film Festival take place at Library and Archives Canada, 395 Wellington Street.
Tickets are $12 for general admission; $8 for CFI members, seniors, and students; and $35 for a 5-film passport (members only).

Please visit www.cfi-icf.ca for more information on this year’s festival.