DiverCiné Review: 'Under the Starry Sky'

Under the Starry Sky (Des étoiles) 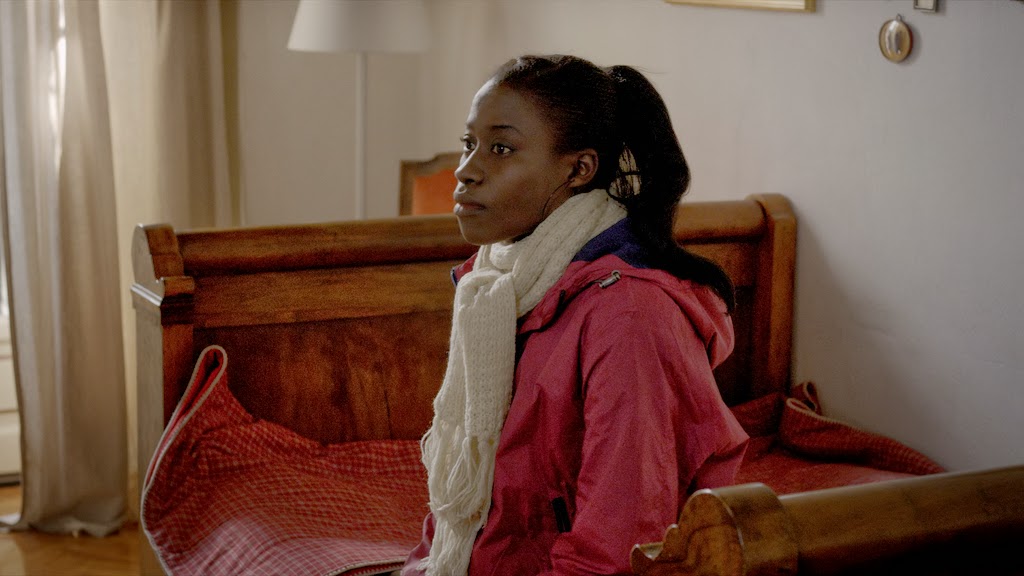 Three stories unfold in three continents as the fates of three characters are united under the starry sky. Dyana Gaye’s Under the Starry Sky (Des étoiles), which screened in Ottawa as part of the DiverCiné festival of Francophone world cinema, offers a touching story of mobility and interconnection. This Senegalese-French-Belgian co-production traverses the globe to deliver a smart, subtle tale of universal ties.

Sophie (Marème Demba Ly) arrives in Turin, Italy to reunite with her husband. She’s been living in Dakar, Senegal while her husband makes a living doing piecemeal construction jobs in Europe. However, she arrives on his doorstep to find the apartment occupied by another woman who says that he has left to find work in France.

Abdoulaye (Souleymane Seye Ndiaye), on the other hand, arrives in New York via an illegal network. Abdoulaye comes in search of work and better prospects with his cousin. Like Sophie, though, he quickly meets an unexpected twist of fate and must adapt to a life’s turns.

Thierno (Ralph Amoussou), finally, arrives in Dakar with his mother to bury the father who left them behind in New York years before. Experiencing the sights and smells of Africa for the first time, Thierno is struck by the place that Sophie and Abdoulaye left behind.

The three threads of Under the Starry Sky come together for an effective snapshot of the African diaspora as Gaye shows three interconnected characters negotiating new lives in unfamiliar terrain. Each story reveals different elements of migration and mobility, as each of the three essentially finds a fresh start in a foreign land. Each tale begins with an encounter with new place, as Sophie, Abdoulaye, and Thierno all start the films by landing in their new destinations. They’re marked as fish-out-of-water immediately, as each of the three begins their respective thread somewhat astray: Sophie wanders the Italian streets in search of a French-speaking citizen who can help with directions while Abdoulaye is hit with the cold reality that America is not the land of opportunity he hoped it would be.

Gaye weaves the stories with a fine eye for symmetry. One person leaves while the other arrives, thus giving the film a sense of constant flux and motion. Match shots give the characters a similar situation, as Gaye and cinematographer Irina Lubtchansky frame the subjects with a longing gaze as they stare outside the borders of the frame and take stock of their new locations.

The stories of Under the Starry Sky reveal both the financial and personal restrictions on mobility, for both Sophie and Abdoulaye are guided by circumstance throughout their threads. Thrust into a new place without a plan, nor any means to return home, each of them must adapt to the new city and rely on choice encounters to better their situation. Thierno, on the other hand, sees a markedly different shift in values during his stay in Dakar, but his story is the only one of the three with any sense of rootedness. Unlike his distant relatives, he can leave whenever he likes. On the other hand, his stay with his conservative/traditional relatives hints at the life that the others, especially Sophie, had to leave behind.

Gaye ties the stories together very carefully, offering the gradual clues for finding one person’s relationship to the other. Each thread connects to the other even though they’re not explicitly linked, but each story is united by a hopefulness and sense of optimism that life will be better off elsewhere. This modestly understated film relies on the strength of its performances to carry the power of the film. The three leads greet the task nicely, especially Marème Demba Ly as Sophie. Under the Starry Sky is a poignant story about interconnection in an increasingly globalized world, and writer/director Dyana Gaye uses three intimate human dramas to deliver a story that feels both specific and universal.


Under the Starry Sky screened in Ottawa at DiverCiné on Saturday, March 8.