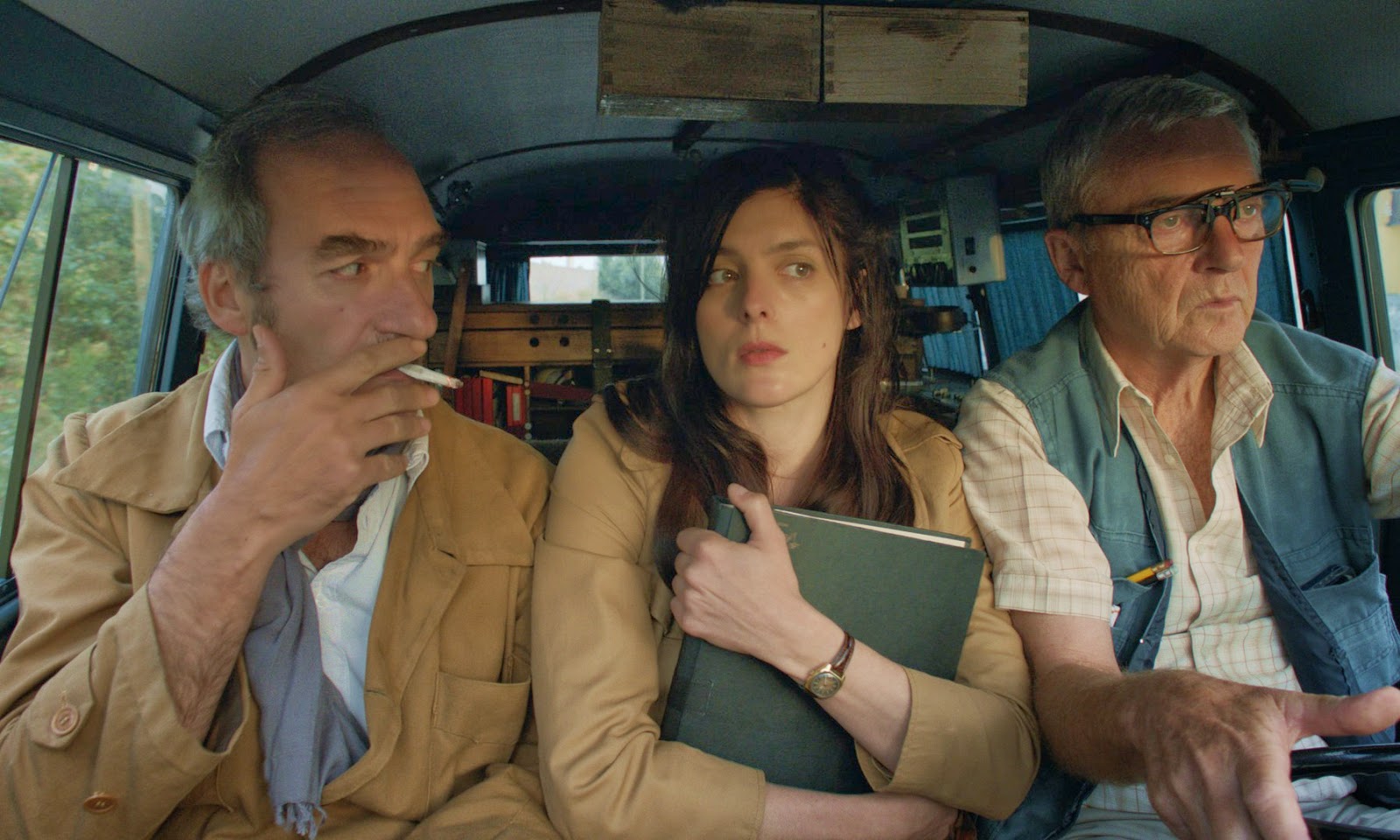 There’s an intoxicating air of revolution in Longwave / Les grandes ondes – (à l’ouest). Longwave, the closing night selection of DiverCiné, brings the festival to a strong finish with its funny, stylish, and multifaceted jaunt into the radical thrill of the 1970s. This Swiss adventure is a thoroughly inventive and relevant film. Fresh, breezy, and blissfully set to the cascading classical notes of George Gershwin, Longwave is a spirited delight.


The film whisks viewers back to 1974 with a nostalgic opening credits number that will immediately appeal to fans of Michel Hazanavicious films like Oss: 117 and The Artist. Longwave is a pastiche of film form and political spirit as it tells the true story of a team of Swiss radio journalists tasked to go to Portugal and report on Swiss aid when their boss (Philippe de Roulet) is advised to offer more national puff pieces. The team is comprised of an ambitious modern-minded reporter named Julie (Valérie Donzelli) and a cantankerous old war correspondent named Joseph Marie Cauvin (Michel Vuillermoz). The mismatched feminist and chauvinist provide a flavour of buddy-comedy charm, while their third Stooge is a mild-mannered man named Bob (Patrick Lapp) who drives a VW bus and plays the role of straight man amicably.

The poverty of Portugal doesn’t provide the best arena for soft reporting that the gang expects to find. It offers, however, a host of amicable gags on cultural ignorance as the trio (mostly Joseph) offends the locals. Encountering nothing but racist roots and lame stories of Swiss aid, the trio seems to be catching nothing but dead air. Enter a young Portuguese translator named Pelé (Francisco Belard) to cheer them up. Situational comedy dims when Pelé enters the picture and remedies Joseph’s garbled Portuguese—he asks for “cute sandwiches” and the like—and a new breeze lifts the film from its bumpy start into its strong second half.

The winds of revolution are whirling about the group and they find themselves on the front lines of a great story. The team just happens to be in search of a lead when the Portuguese military decides to stage a coup and overthrow the dictatorial government. The reporters are sparked by just the right jolt of activism and inspiring democracy they’ve been searching for to revive their thirst for fruitful journalism.

Director/co-writer Lionel Baier does an excellent job of filling the wonderfully shot Longwave with undercurrents of personal revolution to complement the greater political shift that serves as the film’s backdrop. Elements of the sexual revolution and the feminist movement receive substantial threads, for Julie is at the forefront of the team embracing the opportunities for empowerment and liberation. A strong, well-rounded figure that is both proud of her sexuality and empowered by her intelligence and her independence, Julie is a notable figure to lead this revolutionary comedy. Donzelli is both fun and alluring in the lead role, and she’s offset perfectly by Vuillermoz as the curmudgeonly bigot Joseph.

Longwave balances its two leads, however, by marking Joseph as the product of a fading generation while Julie offers hope for the next. Joseph is stuck in the past with his memories of days gone by, for his war stories offer recurring anecdotes. His war wounds, however, prevent him from creating new memories, and this revelation in character gives the crusty old man a touching soft spot. It’s sad to see a man in the midst of such radical social change be utterly incapable of absorbing anything new.

The centrepiece of Longwave, however, succeeds with a skip and jump thanks to the Gershwin tunes that take the film in unexpected directions with its classical score. Baier twirls all the generic and thematic mixings of the film in one great throwback to this era of change with a fusion of contemporary rebellion. In one meeting with the local revolutionaries does the cranky Joseph become the voice of reason for the aspiring democracy. Joseph’s hilariously garbled words leave the message lost in translation, but the crowd respects his air of authority and his apparent knack for elusive metaphors. Matched with this amusing speech, though, is a dazzling dance number that puts Julie and her fellow feminists at the forefront of the revolution.

A troupe of militia approaches the van while Julie sits alone. She gets the music going and hits the lights, but she’s outnumbered and defenseless until a party of flower-power femmes in fluorescent balaclavas comes to her aid. Longwave then accents the revolution to the energetic notes of George Gershwin as Julie and her fellow revolutionaries face off against the fascist squares in a Pussy Riot-tinged rendition of West Side Story. It’s easily the most random scene of the film—or any film this year—yet the sequence doesn’t feel a frame out of place in this spirited, cultured, and film-savvy affair. The dance-off embraces the freedom in the fight for change in which the journalists find themselves. It’s hip, modern, and cinematically escapist.

Longwave is an all-around delight. This throwback to old-school political thrillers and smart comedies of the seventies firmly has its finger on the pulse of social currents progressing throughout the years. The story is relevant to issues of class struggles, political restlessness, and gender dynamics today. Longwave, like the notes of George Gershwin that drive every scene of the film, feels classic yet timeless.

Longwave screened in Ottawa at The ByTowne on Sunday, March 16th as the closing night film for DiverCiné .