Get a Clue, Gumshoe! 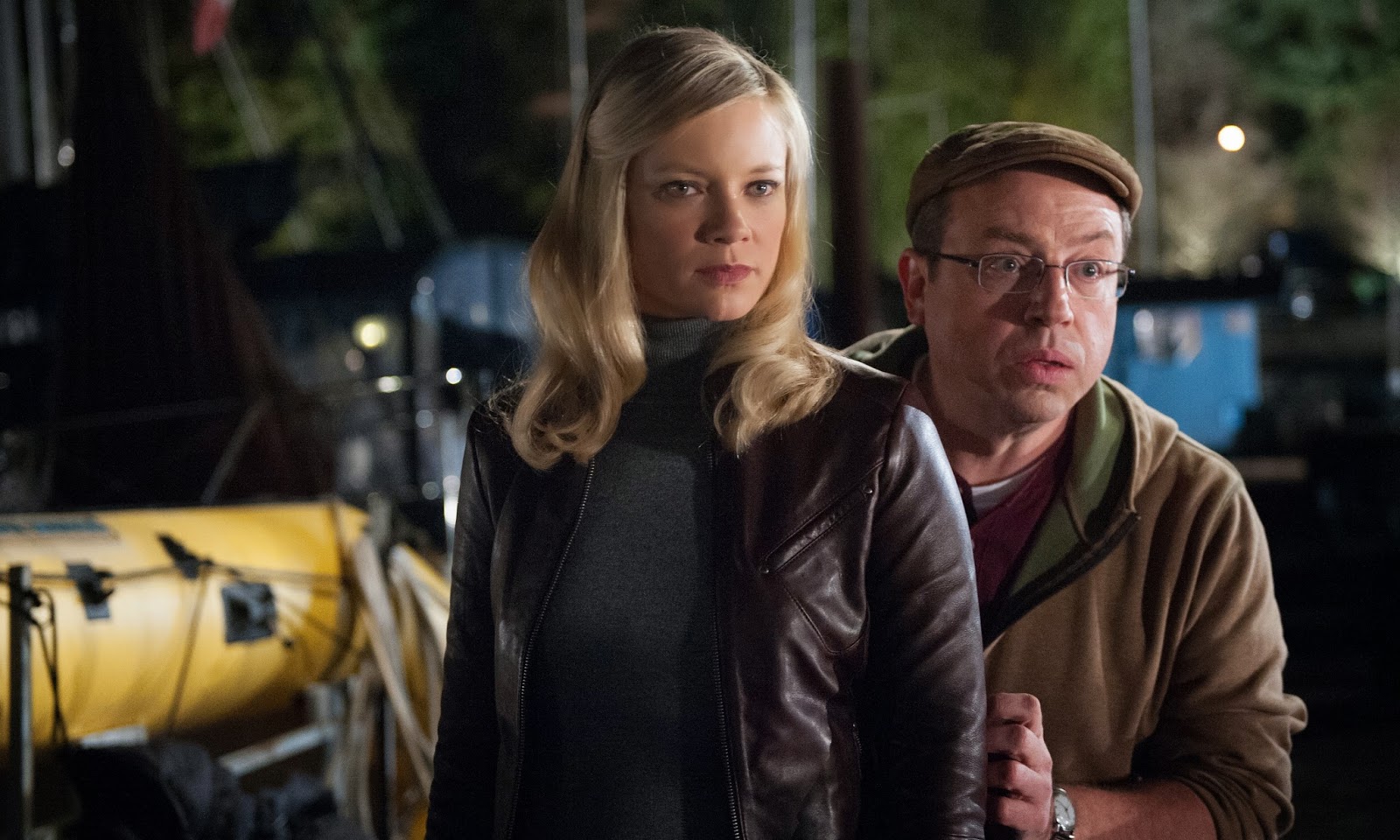 “I made a promise, and when I make a promise to a strange woman in a bathrobe in a sleazy motel, I keep it!” says Leo Falloon, the gumshoe buffoon played by “Corner Gas” star Brent Butt in No Clue. Leo doesn’t have a clue how to be a detective, as he makes a living peddling novelty crap like coffee mugs and key chains from his Vancouver office. However, when Kyra (Amy Smart), the aforementioned strange woman, walks into Leo’s office to enlist his help in finding her missing brother, Leo finds himself tongue-tied, love-struck, and woefully in over his head.


Butt’s script perfectly tailors No Clue to his unconventional leading man charm. No Clue offers Butt his first major film role since Butt took viewers to Dog River in the hit series “Corner Gas” ended in 2009 and Leo easily affords the same kind of quirky, endearing everyman character that made Butt’s regular gig one of the biggest hits of all time for Canadian TV. There’s a sitcommy charm to the shaggy dog humour of No Clue, but the film endearing from beginning to end if only for the sheer novelty of seeing Butt’s relatable humour get a film noir spin.

No Clue, much like “Corner Gas,” peddles the CanCon into the picture to give its humble story some added character. Tim Horton’s cups abound on Leo’s desk to make him a familiar working class guy and part of the charm of No Clue is seeing an everyman like Leo enjoy the kind of cinematic adventure one only sees in movies and reads about in dime-store fiction. The overt Canadianness of No Clue also affords the film some inadvertent comedy—and additional charm—as some of the inevitable constraints on such a modest yet ambitious Canuck production creep into the frame.

Take, for example, a scene in which Leo and Kyra convene at a mid-level to upscale restaurant to discuss the case. The seats are filled with extras eager to be a part of the new movie with the guy from “Corner Gas,” but observant viewers will note that none of the extras in the restaurant actually eats the food that sits on the plates before them. The female extra seated closest to Leo within the shot/reverse shot of the conversation is particularly fun to watch, for she spends the entirety of the mealtime pushing her salad around her plate and making exaggerated pantomimes with her fork, yet she clearly never takes a bite. (Canadian films, it seems, can’t afford to replenish spring mix between takes!) The pattern of patrons admiring, but not sampling, their food continues throughout the film and the amusing background action of No Clue acts as a mirror to Leo/Butt’s unassuming presence.

Director Carl Bessai makes it work, though, since the farcical character of No Clue acts as an ever-present partner in crime to its whodunit narrative. The film is a stylish throwback to wise-talking gumshoe pics of noir’s heyday, as Bessai and company give No Clue an air of mystery using peculiar cinematography—the oft-moving camera frames Leo as a fish out of water in the Vancouver underworld—as Bessai and DP Jan Kiesser have a lot of fun investing the character of Vancouver into the noir atmosphere of No Clue by using locations effectively with moody lighting. Likewise, the droll score consistently engages with the audience by reminding them never to take the generic spoof too seriously and encouraging them simply to enjoy the ride. Particularly notable in the production value of No Clue are the title sequences that frame the film, as amusing cartoon credits offer a throwback to classic cinema and envelope the film in its irresistible nostalgic character.

This crime comedy has a light bounciness as Leo bumbles around the crime scenes with a Jacques Clouseau-like ineptness. Smart, on the other hand, has fun inhabiting the space in between the roles of the femme fatale, the damsel in distress, and the renegade heroine. She doesn’t quite seem to know which of roles suits Kyra best, but the awkwardness of her performance puts an unusual spin on her seductive thief and makes her a likable foil/companion for Butt. Word vomit and awkward situational humour abound as Leo sleuths the mystery with few traces of evidence and even fewer clues in his head. Butt, however, sells in the gumshoe role amicably since his quaint, self-deprecating style of prototypically Canadian polite humour consistently keeps the material light, funny, and farcical. No Clue is an affable noir spoof.

No Clue screened in Ottawa at SilverCity Gloucester.