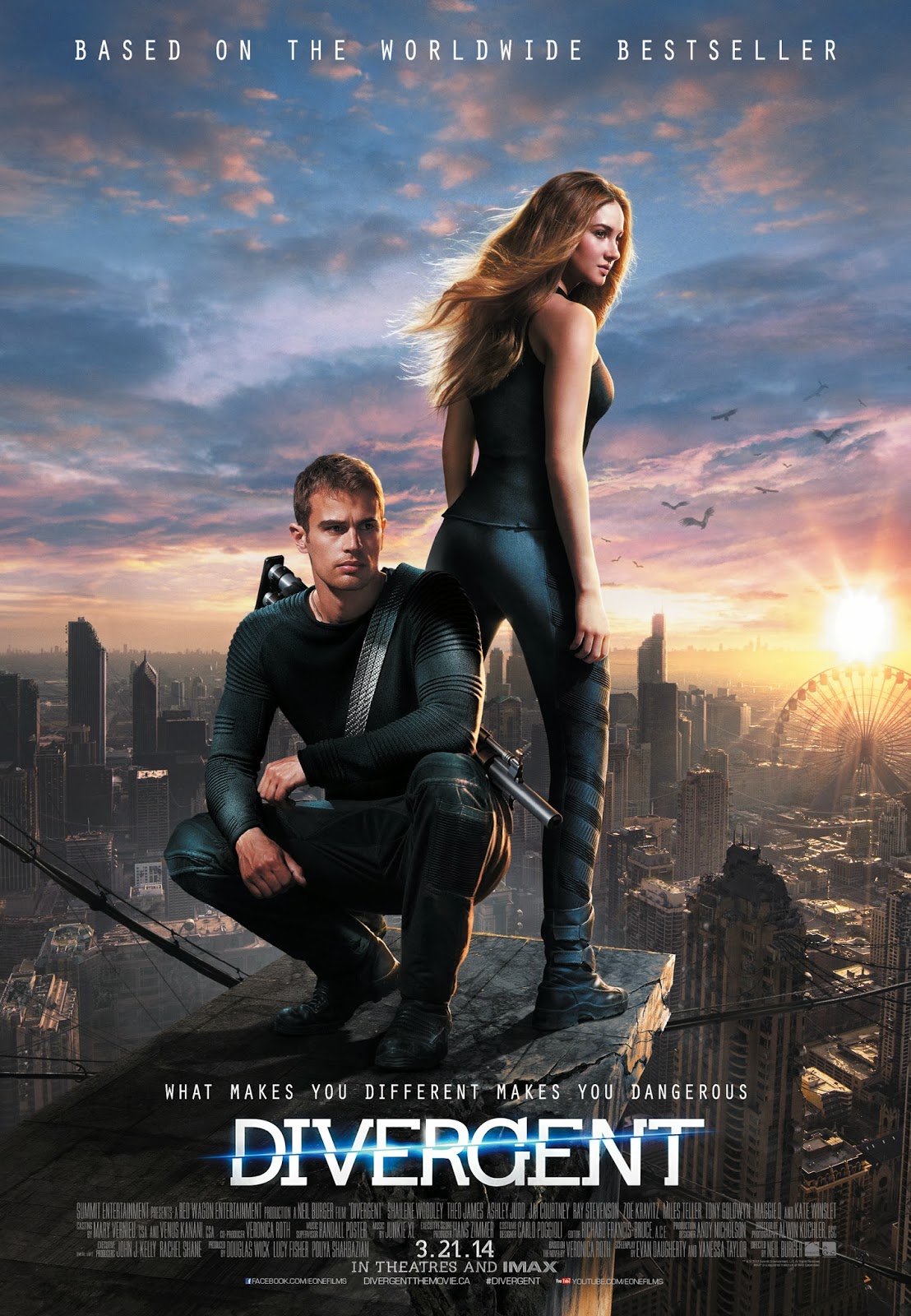 Good news for readers who fell to the Factionless after the last Divergent contest! Cinemablographer.com has another chance for you to join the faction of fans who were buzzing with excitement at the box office this weekend. Divergent (reviewed here) is now in theatres from eOne Films, and if you want a chance to win a grand prize pack that includes run of engagement tickets to see the movie, you are in luck! Answer the trivia below and enter to win!


Synopsis: Set in a futuristic dystopia where society is divided into five factions that each represent a different virtue, teenagers have to decide if they want to stay in their faction or switch to another - for the rest of their lives. Tris Prior (Shailene Woodley) makes a choice that surprises everyone. Then Tris and her fellow faction-members have to live through a highly competitive initiation process to live out the choice they have made. They must undergo extreme physical and intense psychological tests, that transform them all. But Tris has a secret that she is Divergent, which means she doesn't fit into any one group. If anyone knew, it would mean a certain death. As she discovers a growing conflict that threatens to unravel her seemingly perfect society, this secret might help her save the people she loves... or it might destroy her.

Thanks to our friends at eOneFilms, Cinemablographer has two (2) grand prizes for Divergent that include a run of engagement pass* to see Divergent plus a book set, a soundtrack, a necklace and a hoodie.

Who composed the score for Divergent?

Send your answer and full mailing address to contests@cinemablographer.com with the subject “Divergent - ROE.”
(Limit one email entry per person please.)
Bonus entries go to anyone who shares this contest on Twitter and Facebook!

Divergent is now in theatres from eOne Films.