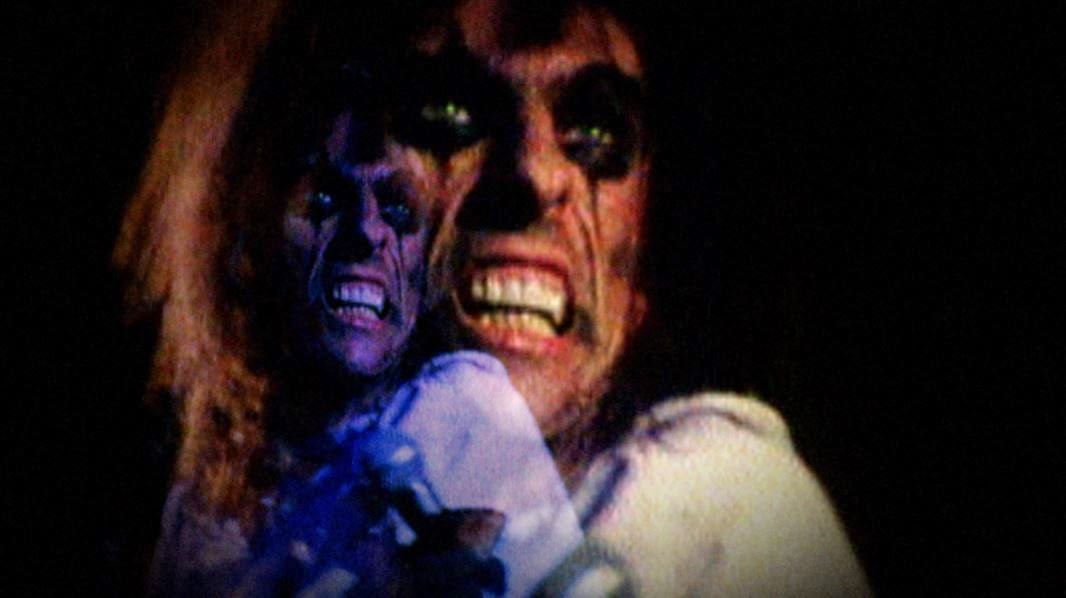 School’s out for the summer! Hot Docs offers free daytime screenings to students and seniors alike, and one the one film that might have them rocking in the aisles together might be a bit of a surprise. That doc is Super Duper Alice Cooper and this enjoyable self-proclaimed “doc opera” is just the ticket to fuel rock-doc fans of all ages who voted Muscle Shoals the Audience Award winner at last year’s festival.

The film should appeal to a broad range of festivalgoers since Super Duper Alice Cooper bears a swagger and energy that feels just as ageless as the man himself. Alice, né Vincent Furnier, might be of the same demographic as many of the Hot Doc-ers lining up for seniors’ discounts, but the film shows a dynamic portrait of an artist who continues to reinvent himself and stay current. There's nothing especially deep or new here, but Super Duper Alice Cooper is probably electric entertainment if enjoyed with buds and suds.

Writer/directors Scot McFadyen and Sam Dunn, producers of rock-docs like Iron Maiden: Flight 666 and Rush: Beyond The Lighted Stage, and Reginald Harkema, director of Monkey Warfare, invite Cooper to do most of the talking himself. The outrageous rocker outlines his humble beginnings as the son of a preacher man and chronicles the rise of his first group, The Spiders, as he explains his descent from Arizona Square into Rock and Roll Hall of Fame madness. The filmmakers set the biographical journey to a rollicking soundtrack comprised of unreleased demos and an exhaustive array of archival footage, as Cooper details some unexpected influences (Salvador Dali) and reveals the struggles of maintaining such a high-energy persona with effective frankness. The trips through the archive are just as entertaining as they are revealing, especially the anecdote about the freaky live performance in which Alice Cooper got the crowd so riled up that fans ripped apart a live chicken.

Super Duper Alice Cooper takes the operatic bombastic of Alice Cooper’s theatrical flair and embeds his dark and twisted showmanship into the narrative. Super Duper Alice Cooper crafts a Jekyll and Hyde-type persona for the rocker as he explains how alcohol, drugs, and the near-sexual high of performing these outrageous shows eventually allowed the persona of Alice Cooper to overtake Vincent Furnier. The film intercuts snippets of classic horror movies and creature features like Dr. Jekyll and Mr. Hyde, The Wolf Man, and The Cabinet of Dr. Cagliari to add a dramatic structure to Cooper’s tale of his battle with demons. The addition of the classic films also furthers the overall iconicity of Alice Cooper himself, for it puts the bloody-eyed glam rocker in the same league as some of horror’s most recognizable baddies. The bat-shit brilliant editing of Super Duper Alice Cooper is probably the real star of the film, and the scope of the footage assembled here ensures that the doc will please die-hard Cooper fans and casual listeners alike.

Super Duper Alice Cooper brings in a chorus of some of Cooper’s past bandmates, peers, and contemporaries for exclusive interviews to complement Cooper’s own words and to illuminate the mix of concert footage and back-stage access offered in the archival footage. The talking heads of Super Duper Alice Cooper are sometimes hard to follow, since the speakers never actually appear onscreen to voice their words, nor do title cards identify the speakers, but the film remains consistently entertaining for the dynamics of its collage and the overall energy that Cooper and company add with their words. Pull out the cellphones and demand an encore!

*Hot Docs Live! Special presentation, which will be simulcast at 46 Cineplex theatres across Canada.