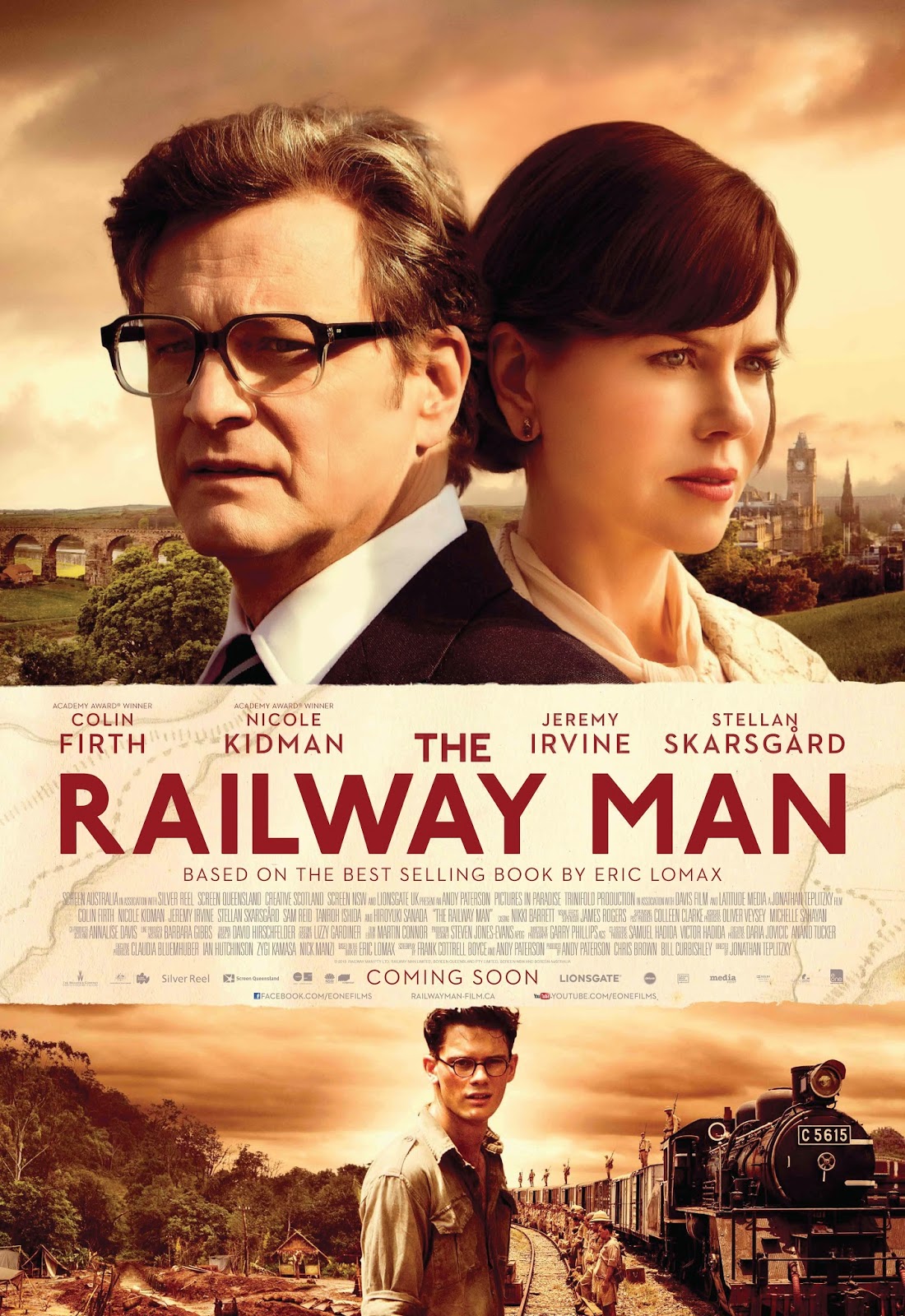 Star power doesn't come much bigger than it does in The Railway Man. Oscar winners Colin Firth and Nicole Kidman share the screen in this powerful story of love and forgiveness that had audiences on their feet when it premiered at TIFF last year. (Review here.) The Railway Man opens in theatres April 25 from eOne Films, but viewers in select cites across Canada can win tickets to see the film before it hits theatres. Answer the trivia below for your chance to win!

Synopsis: A former British Army officer (Firth), who was tormented as a prisoner of war at a Japanese labor camp during World War II, discovers that the man responsible for much of his treatment is still alive and sets out to confront him.

Thanks to our friends at eOne Films, Cinemablographer has ten (10) double passes to give away to sneak peeks of The Railway Man in the following cities:

Colin Firth gives an award-calibre performance in The Railway Man. For what film did Firth receive his first Academy Award nomination?
a) Shakespeare in Love
b) Bridget Jones's Diary
c) A Single Man
d) The King's Speech


Email your answer to contests@cinemablographer.com with the subject "Railway Man - [City]"
(Limit one email entry per person, please.)
Bonus entries go to anyone who shares this contest on Twitter and Facebook!
Contest closes on Friday, April 18 at 9am EST.

The Railway Man opens in theatres April 25 from eOne Films.
It opens in Ottawa May 2 at The ByTowne.