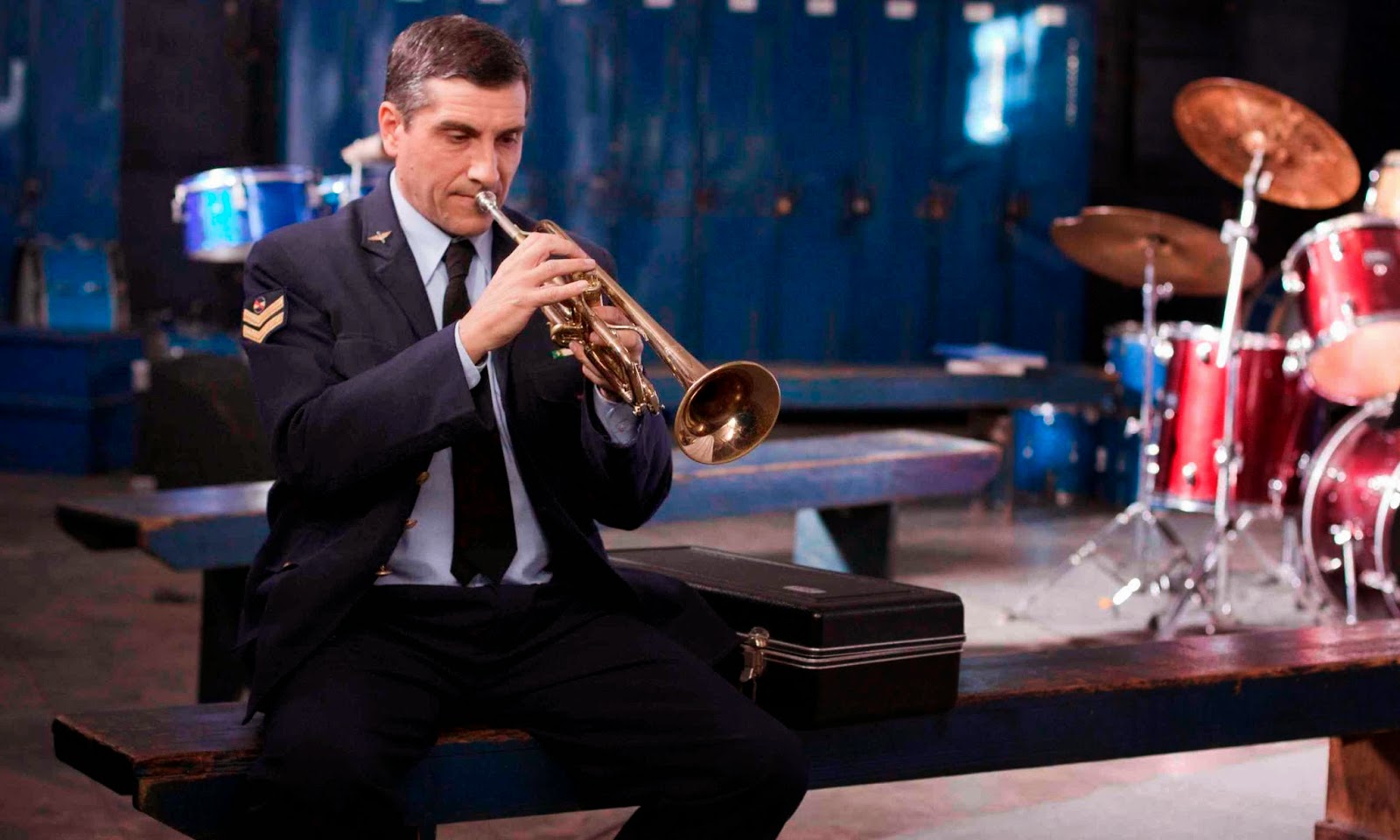 Solo holds a nice middle-of-the-scale note for eighty-seven minutes. This Uruguayan offering at Ottawa’s Latin American Film Festival plays it safe with subtle humour and slice-of-life realism, but it’s consistently likable and enjoyable if only for its digestible midrange-ness. The film might ultimately be memorable mostly for providing the sole trip to Antarctica during the Latin American Film Festival. (There’s no escaping the snow, folks!)


Solo starts in balmy Latin America before its whisks its protagonist off to the land of ice, snow, and penguins. Sergeant Nelson Almada (Enrique Bastos) is in the midst of one of the most sedate, if realistic, mid-life crises ever put to screen as he finds himself somewhat dissatisfied with blowing the lead trumpet in Uruguay’s Air Force band. A competition for unpublished songs promises Latin American Idol-ish chances at instant fame, so Nelson dusts off his old musical manuscripts and starts a-tootin’.

One can also see, however, why “American Idol” experiences a dip in the ratings while competitors like “The Voice” charm audiences with their emphasis on schmaltzy stories to make the wannabes more appealing to the masses. Nelson isn’t the most engaging of characters, even though his wife leaves him and he has an affair with a woman who, for the life of me, I cannot decipher whether she his sister or his mother’s nurse.

Nelson simply wants to be a star musician. He struggles. He plays. He accepts challenges with muted deference as they arise. And that’s about it.

Nelson is a talented musician, though, and the soundtrack for Solo is its greatest charm. Almada and director Rocamora allow much of the power of the lead performance—and of the film itself—to hinge on the notes that Nelson taps out with his trumpet. Moviegoers in search of jazzy and classically-styled Latin American music will surely tap their feet to Solo’s beat.