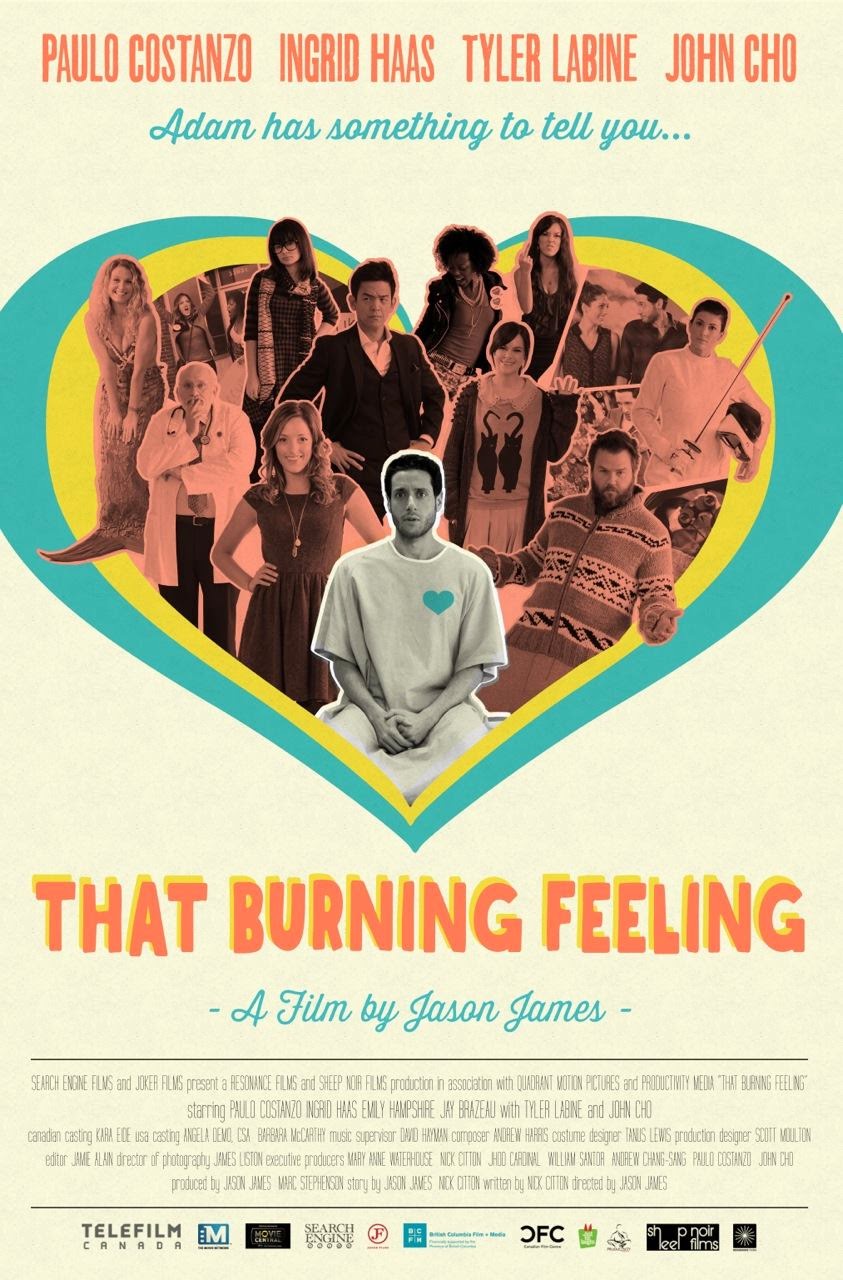 Synopsis: Adam Murphy (Paul Costanzo) had it all: a great job, an endless parade of gorgeous women, and the charm to make it all look well-earned. One night, he went to bed with everything he ever wanted and woke up with something no-one ever wants... That Burning Feeling.
Starring: Paulo Costanzo, Ingrid Haas, Emily Hampshire, with Tyler Labine, and John Cho

Cinemablographer has ten (10) pairs of tickets to give away for the Toronto sneak peek of The Burning Feeling. All you have to do to enter is answer the following question:

Which star of That Burning Feeling appeared in last year’s raunchy rom-com My Awkward Sexual Adventure?

Send your answer to contests@cinemablographer.com with the subject “Burning.”
(Limit one email entry per person please.)
Bonus entries go to anyone who shares this contest on Twitter and Facebook!

That Burning Feeling opens in theatres this spring from Search Engine Films.