If Only Wally Had Shot the Film Himself! 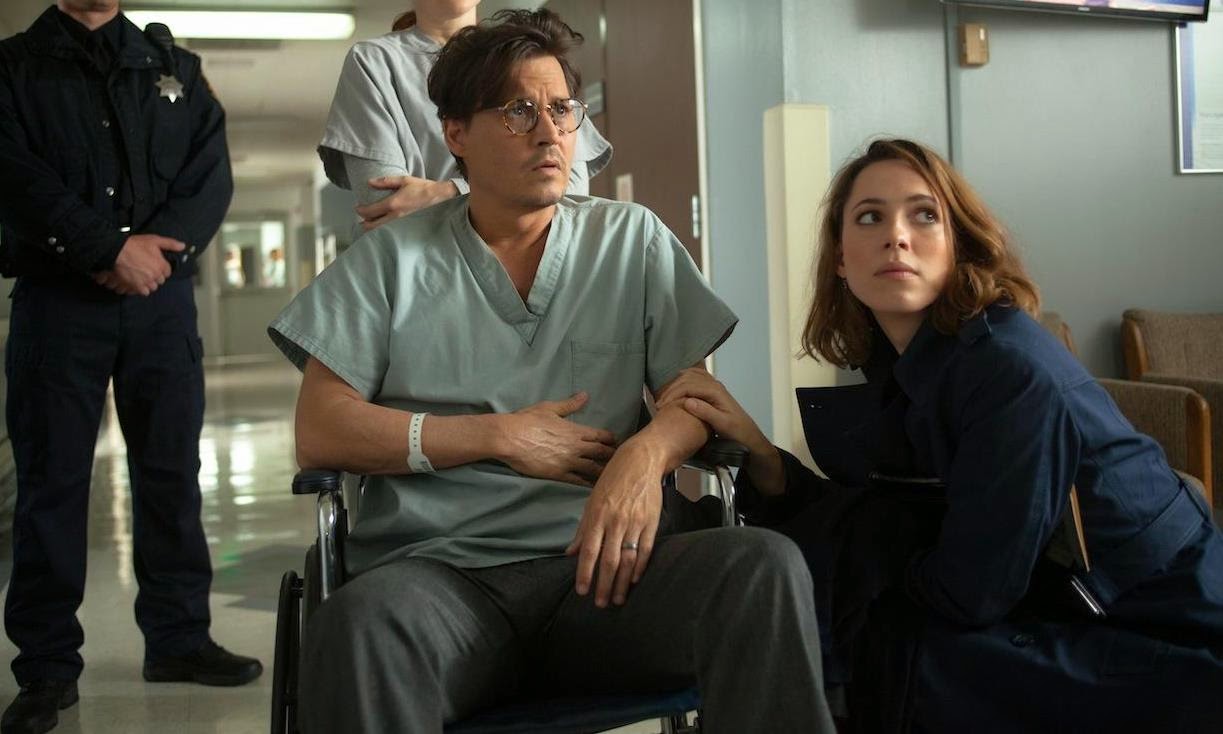 The Internet ruins everything. Gadgets meant to make our lives easier become electronic leashes. Social media makes us less social as we chat with friends online rather than in person. Online screeners tether films bloggers to desks and drown them in Vimeo links. Wouldn’t it be nice to live in a world without the Interwebz?


Meh, probably, but Transcendence isn’t the film to make humankind unplug. This ambitious techno-philosophy flick is a noble misfire. Transcendence comes with ample expectations as the directorial debut of Wally Pfister, the acclaimed/Oscar winning cinematographer of Christopher Nolan blockbusters like Inception and The Dark Knight Rises, but it’s less likely to be a Nolan-level smash than it is another entry in a string of Johnny Depp-led box office disappointments. (Even The Lone Ranger is better...)

It’s a one-note science fiction flick that simply peddles an intriguing premise about the power of the Internet and the saturation of technology within our everyday lives. It’s a dangerous thing, the Internet, for it makes men like Dr. Will Caster (Depp) cyber deities with the right code and cunning. Caster gets to play God when an orchestrated attack on his organization leaves him fatally wounded and his wife and colleague Evelyn (Rebecca Hall) decides to upload his brilliant mind into the program they’re working on so that Will can become the eternal whiz of artificial intelligence.

Things go terribly wrong even before Evelyn can say, “Open the pod bay doors, HAL.” Not only do they go wrong in the familiar villainy of technology that makes humans slaves to all things computerized, they go horribly wrong in the sense that Transcendence becomes loonier as it chugs along. There’s actually a great premise and allegory to be had in the idea that the power of the Internet and open-access is actually a bad thing and Evelyn’s eventual fatigue with AI Will smartly shows the artificiality of online/virtual relationships. The whole story about Will becoming a literal godlike entity, however, throws Transcendence off the rails as Pfister envelops the physical world in weird CGI floaty things that are supposed to be bits of code come to life. (I think.) The visual code moves around the desert like molten metal and it wraps around people like vines. It looks far too silly to do the film any justice.

The cast does its best to keep Transcendence credible. Hall is especially good and she carries much of the film with Evelyn’s mix of cunning and confusion. Onscreen scientists aren’t usually ones for emotions, but Hall gives her character an ever-present sense of humanity within Transcendence’s increasingly artificial world. Depp, on the other hand, offers one of his more subdued performances as Will and he gets surprisingly little screentime for such a big name. Depp appears often as a disembodied voice, though, as he plays Will as the HAL of Transcendence, and he returns midway through the film as a hologram image. It’s an interesting turn for Depp because one can see how much he does within a performance that’s heavily restricted by the physical confines of the production. Nolan regular Morgan Freeman is characteristically fun, while Paul Bettany and Kate Mara are decent as a pair of unplugged renegades.

There’s a lot to make Transcendence rise, but the debut script by Jack Paglen doesn’t offer enough complication and action to keep the film engaging as it becomes increasingly goofy. Transcendence is very talky and full of on-the-nose expository verbiage—the kind one expects in a Christopher Nolan flick—and it becomes tiresome as it trucks on towards two hours. There’s a lot going on in Transcendence, but it mostly feels like the same conversation about the perils of technology played on a loop. Pfister certainly orchestrates a competent production, though, that is a mix of old-school heady drama and techno-pizzazz, so Transcendence looks promising for further directorial efforts.

Surprisingly, though, the one fault about the production value of Transcendence might actually be the cinematography by Jess Hall (The Spectacular Now). Pfister has always brought a trademark darkness to the films of Christopher Nolan and his signature compositions are arguably an invaluable piece of Nolan’s signature style. Transcendence, however, mostly looks dark in the awkwardly lit kind of way. The dim, unflattering lighting doesn’t translate well to a big IMAX screen. If only Wally had shot the film himself!


What did you think of Transcendence?