Win Tickets to see 'The Grand Seduction' Across Canada! 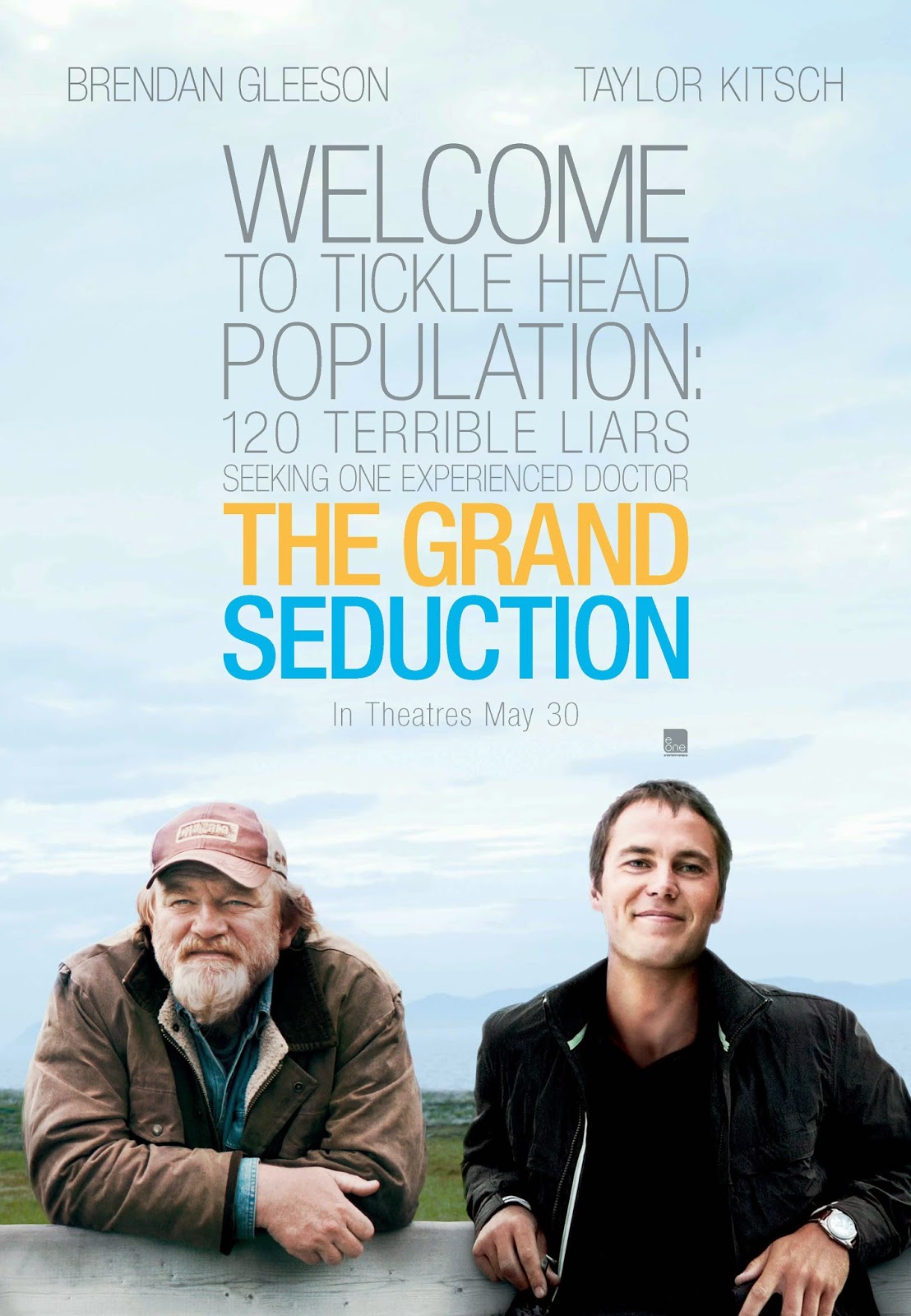 
Synopsis: The only hope for the tiny outport of Tickle Head is a new Petrochemical plant, but in order to qualify for the bid they need to prove they have a resident doctor. When fate sends Dr. Paul Lewis (Taylor Kitsch) their way, unemployed fisherman, Murray French (Brendan Gleeson) mobilizes the town to do everything they can to convince the fast living, jazz loving, cricket playing doctor that their sleepy harbour is a paradise tailor-made just for him.

Thanks to our friends at eOne Films, Cinemablographer has tickets to give away for sneak peeks of The Grand Seduction at the following locations:

All screenings take place Monday, May 26 at 7:00 pm (unless otherwise indicated).

Email your answer ***and full name*** to contests@cinemablographer.com with the subject “Grand Seduction – [City]”.
(Limit one email entry per person please.)
***Please include your full name, as winners may be added to a guest list. We cannot list people by first names, nick names, emails, business names, Twitter handles, etc.***
Bonus entries go to anyone who shares/likes this contest on Facebook or Twitter!

The Grand Seduction opens in theatres May 30th from eOne Films.
(It opens in Ottawa at The ByTowne.)