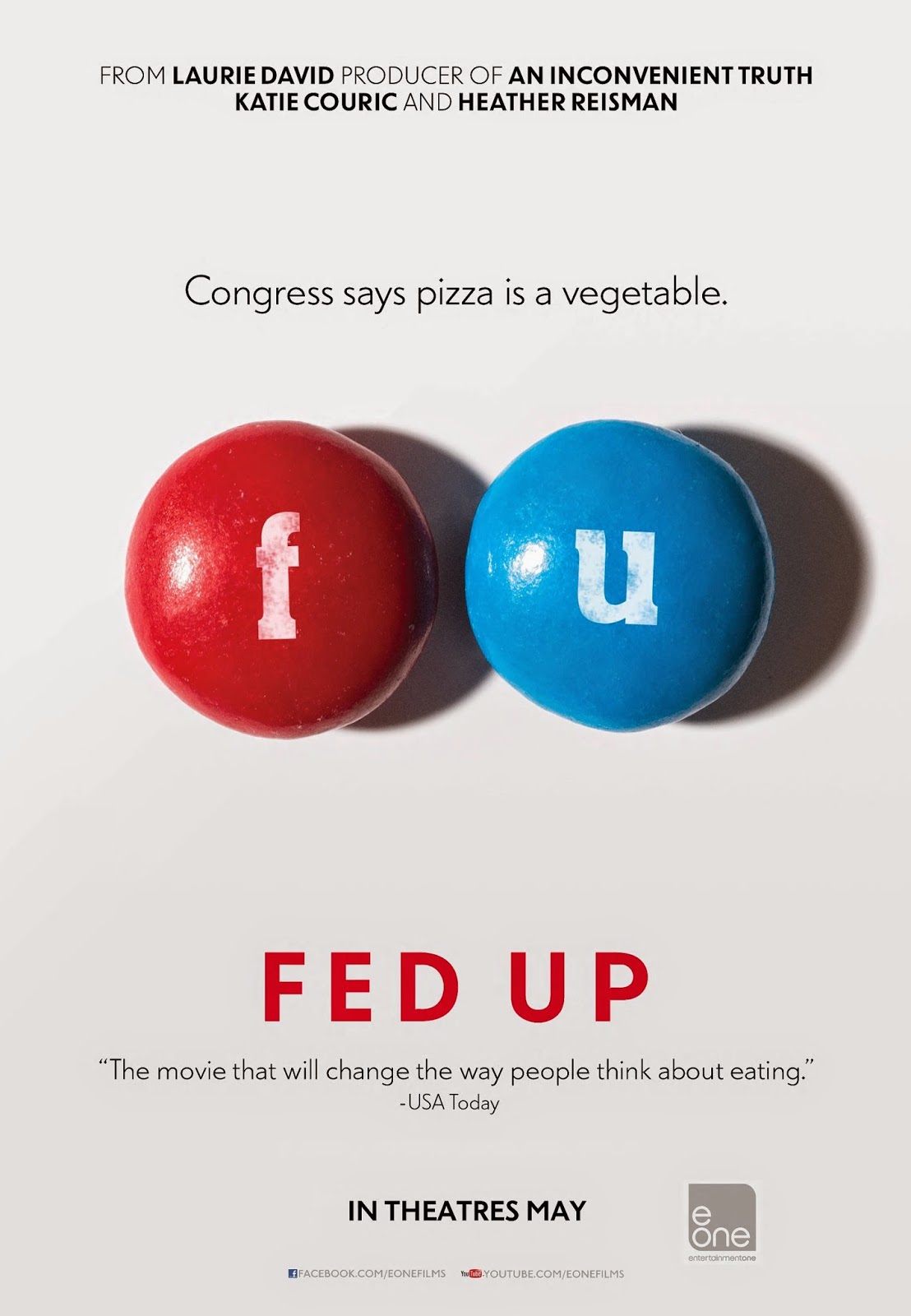 I hope the past week of Hot Docs coverage has given readers an appetite for documentaries! If so, you are in luck! Fed Up, one of the more popular titles from this year’s festival, hits theatres later this month from eOne Films, and lucky readers can have a chance to catch a sneak peek beforehand. If you live in Ottawa, Calgary, or Edmonton, answer the trivia below for you chance to win!


Synopsis: Upending the conventional wisdom of why we gain weight and how to lose it, Fed Up unearths a dirty secret of the American food industry-far more of us get sick from what we eat than anyone has previously realized. Filmmaker Stephanie Soechtig and TV journalist Katie Couric lead us through this potent exposé that uncovers why-despite media attention, the public's fascination with appearance, and government policies to combat childhood obesity-generations of American children will now live shorter lives than their parents did.

Thanks to our friends at eOne Films, Cinemablographer.com has ten (10) double passes to give away for sneak peeks of Fed Up in Calgary, Edmonton and Ottawa at the following locations:

Fed Up credits Canadian businessperson Heather Reisman as Executive Producer. Reisman is the founder of what popular Canadian retail chain?

Send your answer to contests@cinemablographer.com with the subject “Fed Up – [city].”
(Limit one email entry per person please.)
Bonus entries go to anyone who shares this contest on Twitter and Facebook!

Fed Up opens in theatres this May from eOne Films.