Godzilla: King of the Monsters, King of Summer Movies? 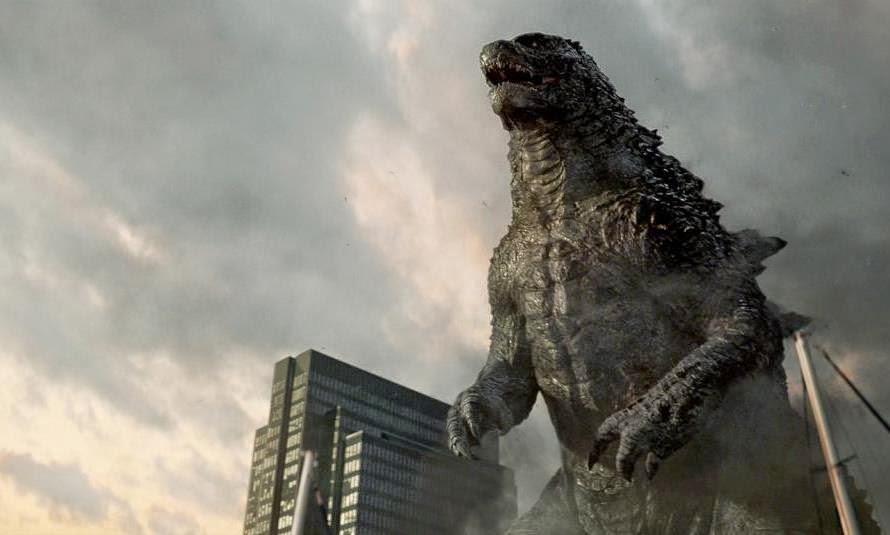 There’s an epic battle between cinematic titans this summer! The minions of Summer Movie Season have been clawing their way into theatres since the snow began to thaw, but here comes Godzilla tromping along and proving himself the King of the Monsters. The gargantuan VFX/AVX/3D extravaganza of Godzilla offers yet another drop in this year’s drought of mainstream originality, but it’s easily the most entertaining feat of epically portioned redundancy that Hollywood has churned out in some time. Godzilla is exactly the epic summer movie one hopes it would be—nothing more and nothing less.


This gist of this Godzilla is essentially the same as its predecessors: a dodgy scenario puts a nuclear family in terror when a disaster at a Japanese plant leaves a wake of casualties and one scientist, Joe Brody (Breaking Bad’s Bryan Cranston), searching for answers. Then some giant prehistoric monsters wreak havoc until Godzilla shows up determined to re-assert himself as King of the Monsters. Stomp and scream Godzilla does and this Godzilla is a meanie.

The script by Max Borstein, however, smartly keeps the adventure engaging despite the familiarity of the franchise. Godzilla employs some Contagion like shrewdness with its stacked cast by bumping off a few of the big name talents bright and early, and in unexpected places. None of the stars are safe, from Cranston’s mad scientist to his wife, Sandra Juliette Binoche (Dan in Real Life), and their son, Ford (Aaron Taylor-Johnston (Anna Karenina). Ditto Ford’s wife Elle (Martha Marcy May Marlene’s Elizabeth Olsen) and their son, Sam (Carson Bolde), who parallel Sam’s own family history with these perilous attacks, or the inquisitive scientists played by Oscar nominees Ken Watanabe (Unforgiven) and Sally Hawkins (Blue Jasmine) who always seem to be a step too close to the monsters. Godzilla invests the audience in its characters to a surprising degree—surprising by the standards with which one approaches summer blockbusters—so the story is just as much a vehicle for tension as are the spectacular special effects.

This Godzilla is a visually stunning big screen adventure. Director Gareth Edwards (Monsters) teases the audience by withholding the spectacle until Godzilla reveals himself midway through the film. The first act skirts around revealing the monsters, which are first a pair of pterodactyl-like terrors called Mutos, and the film builds atmosphere and character while picking off secondary characters in scenes of mostly unseen terror.

Godzilla then braces the audience for the full extravaganza as it introduces the Mutos in a turning point of high adventure from which the monsters emerge from the dust as carry the film to the showdown with Godzilla. When Godzilla finally emerges, he is the giant roaring beast the audience has been anticipating. This Godzilla exceeds his cheesy ancestors, for the impressive contemporary visuals make him nimble, robust, and eerily detailed. Godzilla of 2014 probably has the same impact the tyrannosaurus rex did when Jurassic Park hits theatres in 1993. Godzilla’s loud guttural roar shakes the multiplex thanks to a sturdy sound design, which merits an AVX upgrade far more than do the visuals. (The superfluous-ness of 3D glass remains unchanged since the 50s.)

The 3D effects might be gratuitous, for much of the suspense actually lies in the compositional feats by Edwards and DP Seamus McGarvey. Particularly unnerving is Godzilla’s use of visual space to leave the audience hanging. The film takes viewers closer to the monsters than ever before with one particularly memorable sequence atop a high-altitude set of train tracks where Ford huddles and closes his eyes while a monster passes slowly underneath. The effects of the framing, such as seeing the disaster in POV shots through goggles and windows, puts viewers in the thick of the terror. Godzilla exceeds many summer blockbusters simply for its intense use of perspective and silence. The action sequences themselves, alternatively, are almost disorienting in 3D, so the premium effect might not actually enhance the overall experience. The visuals hardly overwhelm the film, though, which makes it a curious anomaly among summer blockbusters since its roars sparingly, but does so with force.

The production efforts of Godzilla are top-notch across the board, including another memorable score by Alexandre Desplat (The Grand Budapest Hotel), and the performances are strong and the actors invest the audience in the characters enough to carry the film through its few battle sequences between CGI monsters, which are nevertheless an almighty riot. The film delivers perfectly on its predecessor’s presence of providing VFX terror and escapism. Edwards and company don’t use Godzilla as much of a metaphor, since almost all of the expository dialogue situates the film within the Hiroshima/nuclear warfare subtext of the original Godzilla. There’s something refreshing, though, about seeing a summer movie that doesn’t fudge an Occupy allegory, tell an origins tale, or strip the concept down and make it dark.

What Godzilla does, however, is re-imagine the King of the Monsters unlike audiences have ever seen him before. This Godzilla is the most epic of them all. Godzilla is a spectacularly entertaining summer movie and there is absolutely nothing wrong with that.

What did you think of Godzilla?