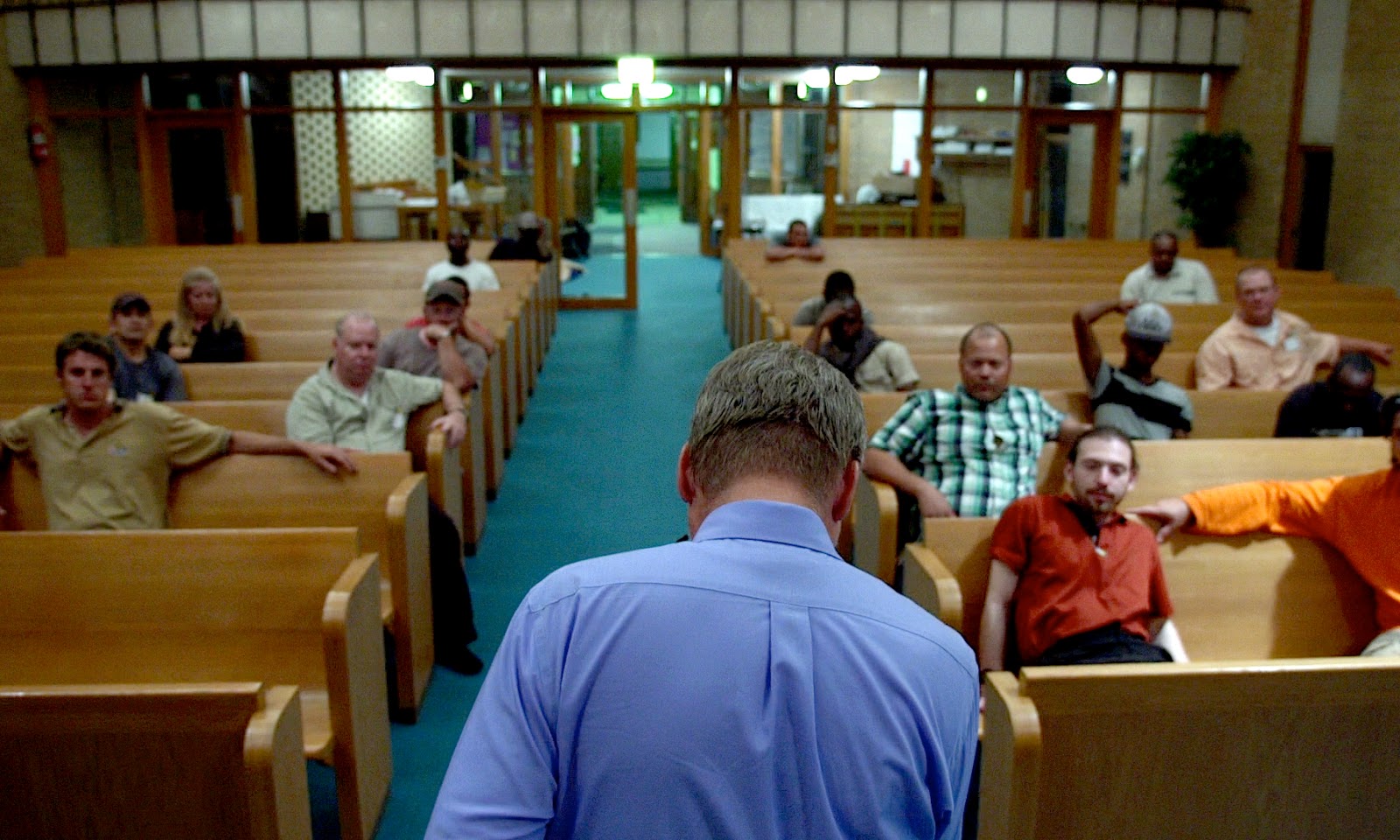 Practice what you preach. The popular idiom might be a cliché, but it provides a fitting summary of Jesse’s Moss’s powerful film The Overnighters. This timely and provocative film invites audiences to the small American town of Williston, North Dakota, where outsiders are most definitely not welcome despite the overwhelming churchliness of the setting. The town is the destination for innumerable unemployed persons making an exodus from their hometowns to pursue the supposed richness lying in North Dakota. The needy hardly seem to have a place amidst the picket fences and gun-totin’ conservatives of this little town. The local pastor, Jay Reinke, on the other hand, believes the Christian thing to do is to welcome the newcomers with open arms even if it means distancing the shepherd from his flock.


The newcomers are dubbed “The overnighters.” Director Jesse Moss tells the story of America’s backslide in this fascinating and exceptionally produced film that bears their name. Hundreds of wannabe workers—men and women alike—flow through the doors of Pastor Jay’s parish as he lets them sleep at the church and camp out in the parking lot while they look for work. Blessed are the poor, in Pastor Jay’s admirable estimation, but his temporary relief efforts evolve into a two-year affair. The overnighters overstay their welcome in the eyes of Pastor Jay’s dwindling parishioners.

The gap in reception for the overnighters illustrates the growing ideological gap in America during this time of economic hardship. Pastor Jay displays an earnest devotion to charity and his effort with the overnighters puts into practice the lessons of community and goodwill he teaches to his parish. The people of Williston, on the other hand, are disaffected NIMBYs without much apparent social consciousness. Times are tough, the neighbours say, and they talk about the overnighters as if they’re trash. Williston seems like the least inviting place in America, and if hope for the future lies in North Dakota, then the forecast for America doesn’t look promising if the attitudes of these townspeople passes for community.

The people of Williston, crotchety as they are, might actually have a point. Pastor Jay might be doing the Christian thing, but he’s also welcoming a healthy roster of drug users and ex-convicts into the neighbourhood, some of whom carry histories of sexual assault, and he makes it a personal mission to give a home to anyone in need despite the pleas of concern from his own parishioners. There’s also the obvious financial burden the neighbours and parishioners are carrying, for supporting hundreds of people consuming food, space, and energy adds up.

There are so many ways one can interpret the down to earth humanity on both sides of the divide in The Overnighters. The film, on one level, is a devastating snapshot of the American workforce. The seemingly endless stream of overnighters share stories of complete loss as they relate the circumstances that brought them to North Dakota. Director Jesse Moss focuses on a handful of the men and follows their efforts to gain employment and regain their self-esteem. The fears of the neighbors, though, frequently compound the stress under which the overnighters seek employment.

The checkered histories of some of the overnighters amplify the emotions of the townspeople. Some cases are reasonable cause for concern—more than one of the overnighters seems a little unstable in his confessions to the camera—while others are simply unfair. The pasts of these men are inescapable and they brand them as undesirable for this community that plainly desires to preserve its (fictional) self-image. Pastor Jay pits himself on the other side of the argument and tries to reason with his neighbours that the church teaches love and forgiveness. These men, he stresses, have repaid their debt to society and they deserve a fresh start. Employment proves difficult for the overnighters with a sinful past, and no amount of distance from their past lives can afford a second chance.

Pastor Jay’s effort to relate to his parishioners introduces a second, and ultimately more powerful, implication within the tale of The Overnighters. If the film is compelling in its portrait of today’s economy, then it’s twice as powerful in its incisive examination of America’s crisis of faith. The Overnighters is simply one of the best studies of contemporary religion in recent memory. Pastor Jay's inability to connect with the people of his church precipitates his own crisis of faith as he finds himself consumed with doubts about the community in which he serves as a moral guide. The whole neighbourhood, in his mind, is simply going through the motions when they come to church on Sunday, for they fail to do unto others as the church instructs them to do, and their outright hostility to the overnighters betrays a damaging hypocrisy that positions the church as deeply broken a system as the American economy. Both have little value if they willfully ignore those in need. Pastor Jay, on the other hand, isn’t doing his community any service if he ignores their own needs in favour of transient members.

The unexpected final act of The Overnighters, however, thrusts Pastor Jay into an ironic tailspin. One sees a man’s world collapse by the film’s end. Moss presents a situation in which even the most seemingly heroic person is ultimately fallible. The final act asks if America can rebuild itself with a morally bankrupt system.

The Overnighters rejects easy answers with its objective presentation of this little town that serves as a microcosm for America’s own self-destruction. There is very little hope in this bleak glimpse into the heartland of America, save for the notes of optimism in the strong score by T. Griffin, and the film haunts with its tale of Americans unwilling to help their neighbour as a matter of convenience. The even-handedness of the presentation, though, implores the audience to engage with the breakdown they witness. The Overnighters leaves one shaken and it asks how America can move forward when the strength of the community seems so irreparably fractured.

Please visit www.hotdocs.ca for more information on this year’s festival.
The Overnighters will be distributed in Canada by Films We Like.