Hot Docs Reviews: 'I Love Kuduro' and 'Mad as Hell' 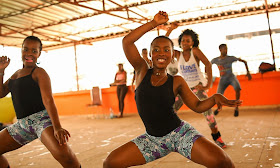 I Love Kuduro features some great music, but don't bother with the documentary. Just buy the soundtrack. This well-intentioned exploration of a corner of world music goes flat and drags on for far too long. Funky beats alone can’t save this one.


I Love Kuduro looks at the evolution of the genre in a greatest hits narrative that touches upon how the music enlivens citizens across the nation. Scenes in which artists find themselves in a blackout while cutting a record or preparing to perform highlight the social conditions that bring the roughness to Kuduro. The edge gives Kuduro a necessary energy for Angolans as the music bridges class and culture. The film says far less, though, about the overt sexism of Kuduro, as ample footage shows performers inviting girls to twerk and shake their booties. (A strong step for women Kuduro seems not.)

Director Mário Patrocíno gives ample time to the players of the Angolan music scene to explain the art and importance of Kuduro, but I Love Kuduro simply becomes exhausting as it features one story too many, and the film ultimately sputters as an overlong and unfocused PR feature. Kuduro has energy but Kuduro does not despite the great cinematography and the kinetic editing. The endless anecdotes certainly offer decent sound bites, though, and prompt one to explore the genre in greater depth.

I then read the press notes following the day of screenings and learned that I Love Kuduro is actually supposed to be about dancing. (Whoops.) 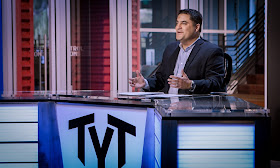 Uygar gets an admirable story arc as Mad as Hell charts his rise from Republican grandstander to democratic pioneer. Note the difference between the upper case and lower case stances of Uygar’s character, for Mad as Hell suggests that the mainstream media is a broken system and it takes someone like Cenk who tells it like it is to hold the White House accountable.

Mad as Hell has a slight whiff of being a puff piece, though, as it chronicles the success of Uygar’s hot button talk show The Young Turks. The film provides a fun backstory for the evolution of the show and tells of how TYT began as a humble radio show produced out of a living room. It then evolves into a YouTube sensation when Uygar intuitively looks to the Internet as a viable option for evolving the show with online video when the networks shy away from putting his entertaining loose-cannon commentary on their airwaves.

The story of the journey of taking The Young Turks from amateur hour to the forefront of online media is compelling. The interviews that director Andrew Napier presents articulate the restrictions of convention media and the relative freedom of online media, but they also convey the silly stigma that positions online sources as categorically inferior to their established counterparts. The establishment is broken, though, as Mad as Hell shows Uygar walk away from a major opportunity with the networks because his unrestrained interrogation of American politics was deemed too hard for network news. A lack of objectivity and integrity might hamper the networks as the cost of ruling the airwaves inevitably tips control to the corporations at the top of the ladder. Online media might not be as conventionally glamorous, but it’s frank and comparatively removed from the systems in serves to critique. Going rogue, then, takes the media back to where it ought to be.