I had a Canadian film double bill last week of two different, but equally notable, Canuck flicks. I missed the Hot Doc screening of Fed Up as I lollygagged on the walk back from Harlan County USA (which was amazing!). Some thoughts on Stress Position and That Burning Feeling: 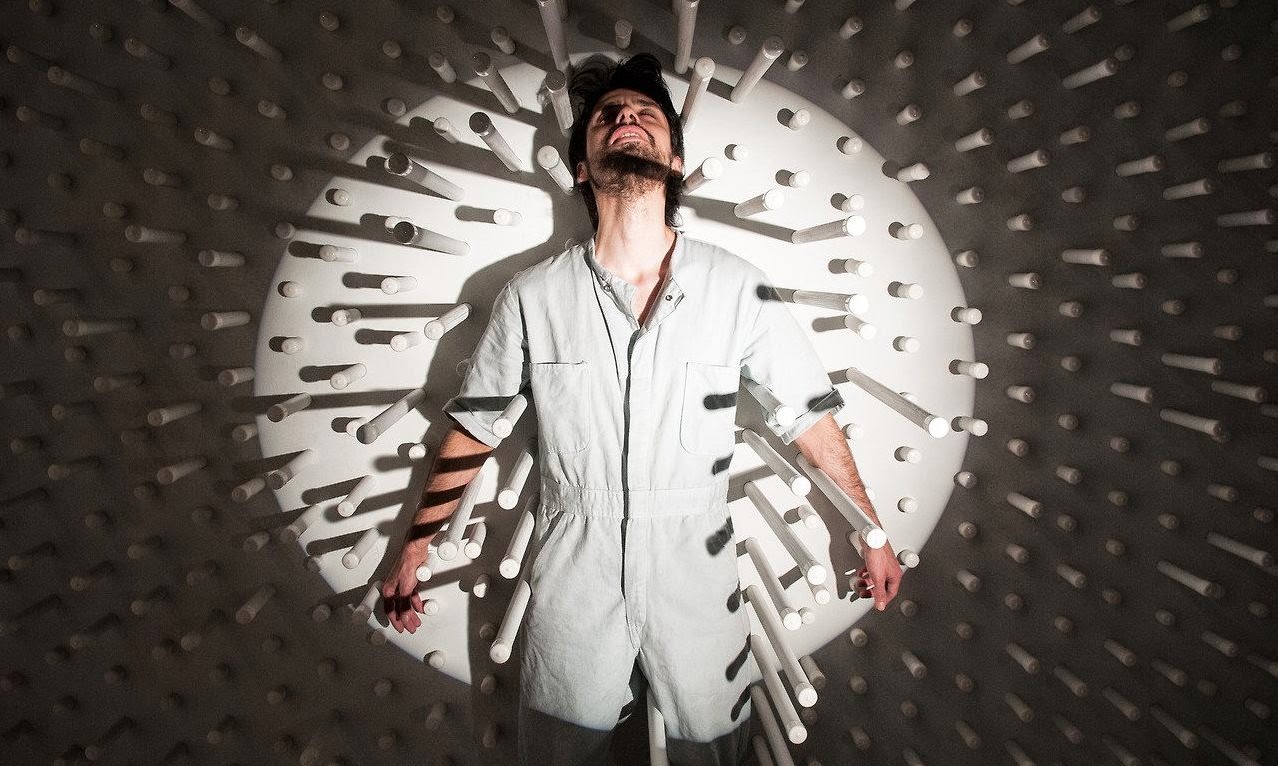 A.J. Bond’s quasi-docudrama Stress Position is an intriguing experiment in filmmaking and psychology alike. The director pits himself against his friend Dave and makes a bet following an off-the-cuff remark about the treatment of prisoners at Guantanamo Bay. The friends make a wager over who can withstand Guantanamo-grade psychological torture longer than the other can. A brutal test shows how things are easier said than done.

The genre-bending Stress Position feels partly inspired by the wave of reality shows/lunatic grudge matches that populated television in the dog eat dog days of Guantanamo Bay. The film, like the reality shows themselves, treads the line between truth and fiction as one is never entirely sure how much of the action is staged and how much of it is genuine. A.J. confronts Dave with a barrage of sadistic dehumanization that pushes the boundaries of their friendship, not to mention the rules of documentary filmmaking if these actions are indeed real.

There’s an experimental pretense to realism here since Stress Position seems faker with each assertion that the drama is real. The cameras are always present in Stress Position, so one is entirely aware of the artifice, yet the camera and visible threads of the production suggest a documentary-like authenticity that lives in the present tense. A.J., however, then demands multiple angles and takes from Dave and thus draws attention to the fabrication of their experiment while searching for a supposedly “genuine” performance from his friend. Alternatively, the inspired production design by Lauren Meyer offers an eerie setting that makes the experiment feel like it takes place in an outwardly torture chamber. There are so many walls to this meta-movie that the odd, one-of-a-kind energy puts one on edge. It’s a test that finds the breaking point between truth and fiction.

Stress Position, however, inevitably falters when the film crosses the line in believability. There’s just a moment in the film when A.J.’s direction—both onscreen and off—consumes itself and Stress Position tips the scales into drama and loses credibility. The quest that underlies the experiment, moreover, somewhat belittles the gross human rights violations that emerged from Guantanamo Bay and Stress Position’s cinematic intellectualization of real-life horror makes for an uncomfortable endnote. It’s a consistently fascinating experiment in form and meaning nevertheless.

Stress Position screened in Toronto at the Carlton. 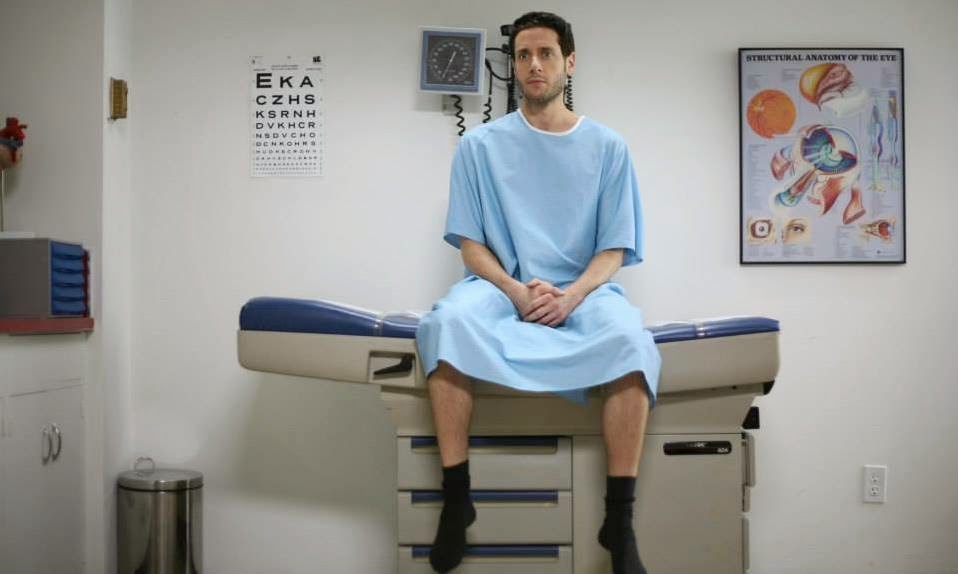 “I don’t like Meryl Streep.” If any girl said this line to me on a date, I’d probably dump her like yesterday’s garbage. It might be different, though, if said girl is a keeper like Liv (Ingrid Haas) in spite of her Pauline Kael-like anti-Streepism. It might also be different if I had a raging case of gonorrhea like Adam Murphy (Paul Costanzo) does in the charming rom-com That Burning Feeling when he and Liv two swap confessions on the dance floor. Nobody’s perfect.

The sweet STI rom-com That Burning Feeling tells audiences to embrace their potential mates for all their endearing peculiarities. Love them genital warts and all, one might say. Adam finds different ways of looking at the women in his life when his doctor (a funny jay Brazeu) tells him to track down each of the thirteen women he slept with during the past month and find the carrier. His STI treasure hunt plays out alongside his courtship of Liv, and each of the women from his past opens a part of himself he hadn’t discovered before.

Adam’s past lovers are an eclectic bunch. Most memorable among them is Genevieve (Emily Hampshire), whom Adam dubs “Crazy Eyes” in his roster of pet names for past conquests. Genevieve is an oddball stalker-type who works in Motor Vehicle Services and sports a wardrobe of fugly Molly Maxwell sweaters. Hampshire is a scene-stealer as Genevieve’s awkwardness and semi-nutty word vomit draws out Adam’s sweet side. Equally fun are Tyler Labine and John Cho as Adam’s neighbour and nemesis, respectively.

The supporting players might be the funny bone of the film, but Adam and Liv's hesitant, cautious push-and-pull courtship is easily the heart thanks to the winning leads by Costanzo and especially Haas. Fans hoping for a rambunctious/raunchy outing in the vein of last year's My Awkward Sexual Adventure might be surprised by the uncontrived sweetness of the film (the irresistible presence of Hampshire, plus the marketing, could bring expectations of more R-rated humor), but that Burning Feeling is surprisingly adorable for a film about the Clap.

That Burning Feeling opens in Toronto May 2.
Update: It opens in Ottawa at Landmark Kanata on June 27.