'A Long Way Down' Falls with a Splat.

A Long Way Down 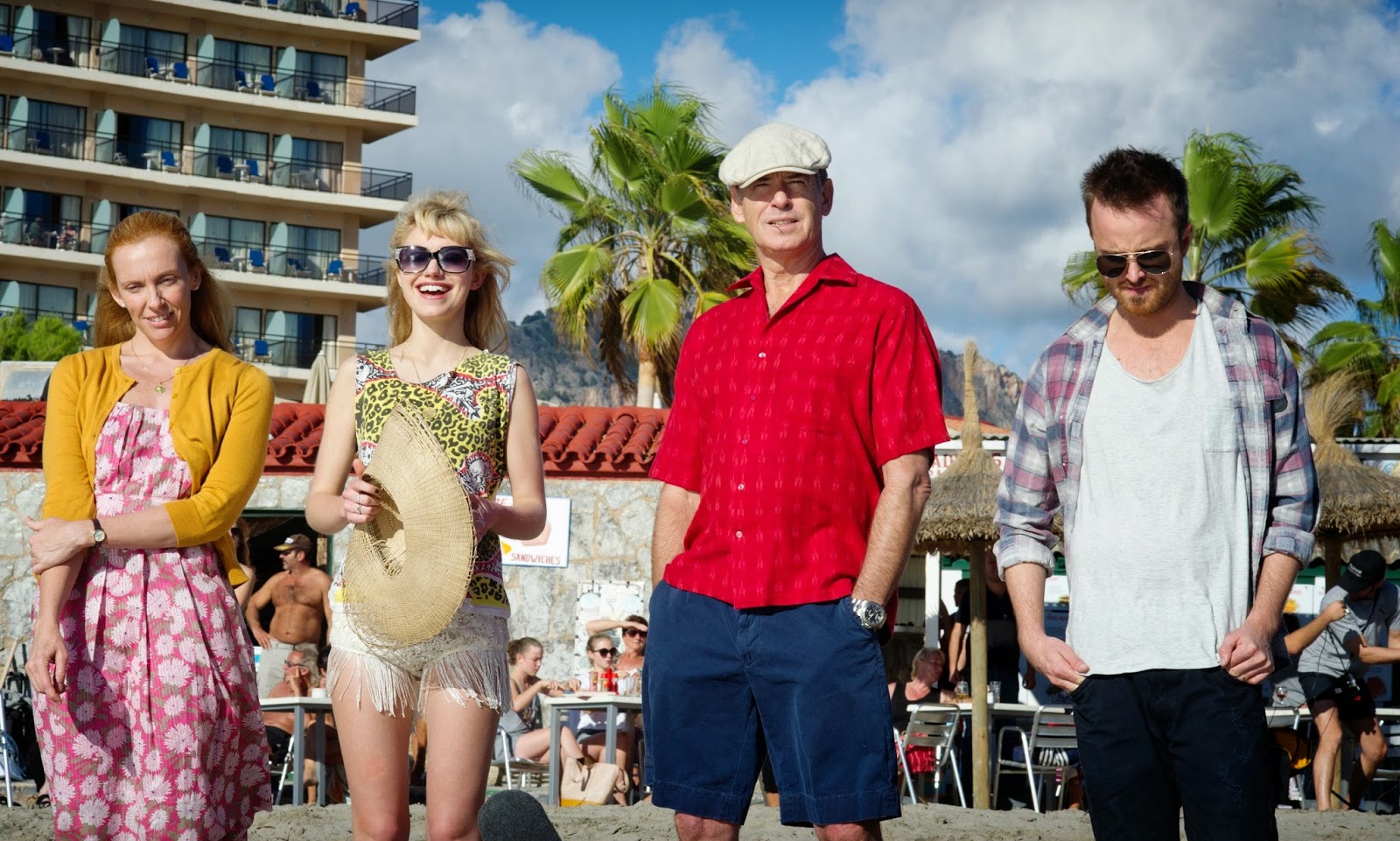 Nick Hornby’s novel A Long Way Down is one of those irresistible books that can save your life. The film adaptation by Pascal Chaumeil, however, is one of those dreadful films that kill a good book. A great cast goes to waste in this staggeringly disappointing misfire. A Long Way Down, the movie, jumps from the ledge of greatness and falls with a splat into the abyss of adaptation hell. It’s a long way down from its potential and the result ain’t pretty.


A Long Way Down trips on the very point over which many readers of the Hornby novel might have struggled to overcome. The premise—four strangers form an unlikely support group after they all make the same plan to commit suicide by jumping off the same building on New Year’s Eve—is wildly convoluted and requires an active suspension of disbelief to make the sardonic Hornby prose miraculous. What works in print doesn’t always work in drama, and A Long Way Down feels forced and false from the very first scene. Even the most generous of viewers might be unwilling to buy it.

One noticeable misstep in the adaptation is the film’s departure from the mosaic collage of Hornby’s prose. A Long Way Down, the film, offers each of the four wannabe lemmings—Martin (Pierce Brosnan), Maureen (Toni Collette), Jess (Imogen Poots), and J.J. (Aaron Paul)—their own perspective, but it essentially quarters the film into one linear story that changes viewpoints at very increment of twenty-five percent. The book, on the other hand, criss-crosses the stories of all four characters at random, often shifting time frames and repeating incidents from different perspectives, which affords significantly more insight into the characters personality and psychology. Adaptations are by no means bound to replicate their sources, but the screenplay by Jack Thorne streamlines the necessary balance of depth and whimsy to make the farfetched premise work. The movie A Long Way Down never digs into the characters and instead presents them as one homogenous cause.

The blasé structure betrays the film almost immediately, for the initial scene in which the four characters meet on the rooftop feels flat, rushed, and contrived. There isn’t any insight into the characters’ reasons for wanting to kill themselves. The film opens with Martin’s story as Brosnan narrates the fallen media personality’s motivation for jumping, but it then brings the trio of Maureen, Jess, and J.J. onto the rooftop as trio of sitcommy stock characters. They say they want to die, but nobody learns why. The film gives nothing other than a contrived premise for the audience to swallow. Everyone but Martin is paper-thin at the crucial moment when A Long Way Down asks the audience to take a leap of faith, and it simply isn’t possible to accept the convolutedness of the story.

Chaumeil certainly keeps the Hornby-ish lightness afoot as A Long Way Down tells a frequently humorous and cheery tale about finding the will to live. It’s awfully shallow, though, as Martin, Maureen, Jess, and J.J. trade Dr. Phil-ish remarks about finding the light in their lives. Everything is told through on-the-nose dialogue or snippets of dialogue lifted straight from the book. A Long Way Down is far too simple for the complicated balancing of life and death, especially since the story of the so-called “Toppers’ House Four” finds such a sunny outlook in the face of death. The film sells the subject short, almost tackily so, as it never really confronts the reasons why the characters want(ed) to die. A holiday at the beach and an appearance with an overeager talk show host (Rosamund Pike) suffices. The one-dimensionality of A Long Way Down almost seems disrespectful to anyone who has ever reached the point of despair that might drive the four characters to jump.

The film is awfully safe and sugarcoated in its approach to death, too, so A Long Way Down rarely finds the catharsis or affirmation of life to which the story should build. It’s disappointing to see such a great source receive such shallow treatment, especially since the cast does its best effort to bring A Long Way Down to life. Brosnan, Collette, Poots, and Paul are equally likable, but there just isn’t much for them to work with.

The only real emotional resonance comes fleetingly in the final quarter of the story when the film assumes Maureen’s perspective and gives her a taste of the loneliness and emptiness—or the “helplessness” she provides as her one-worded backstory in the first chapter—that brings the value of life to the forefront of the film. By that time, however, A Long Way Down struggles to invest the audience in the characters and lets them perish by a slow, suffocating death. At least suicide is painless (as the song says)!

A Long Way Down is now available on home video.