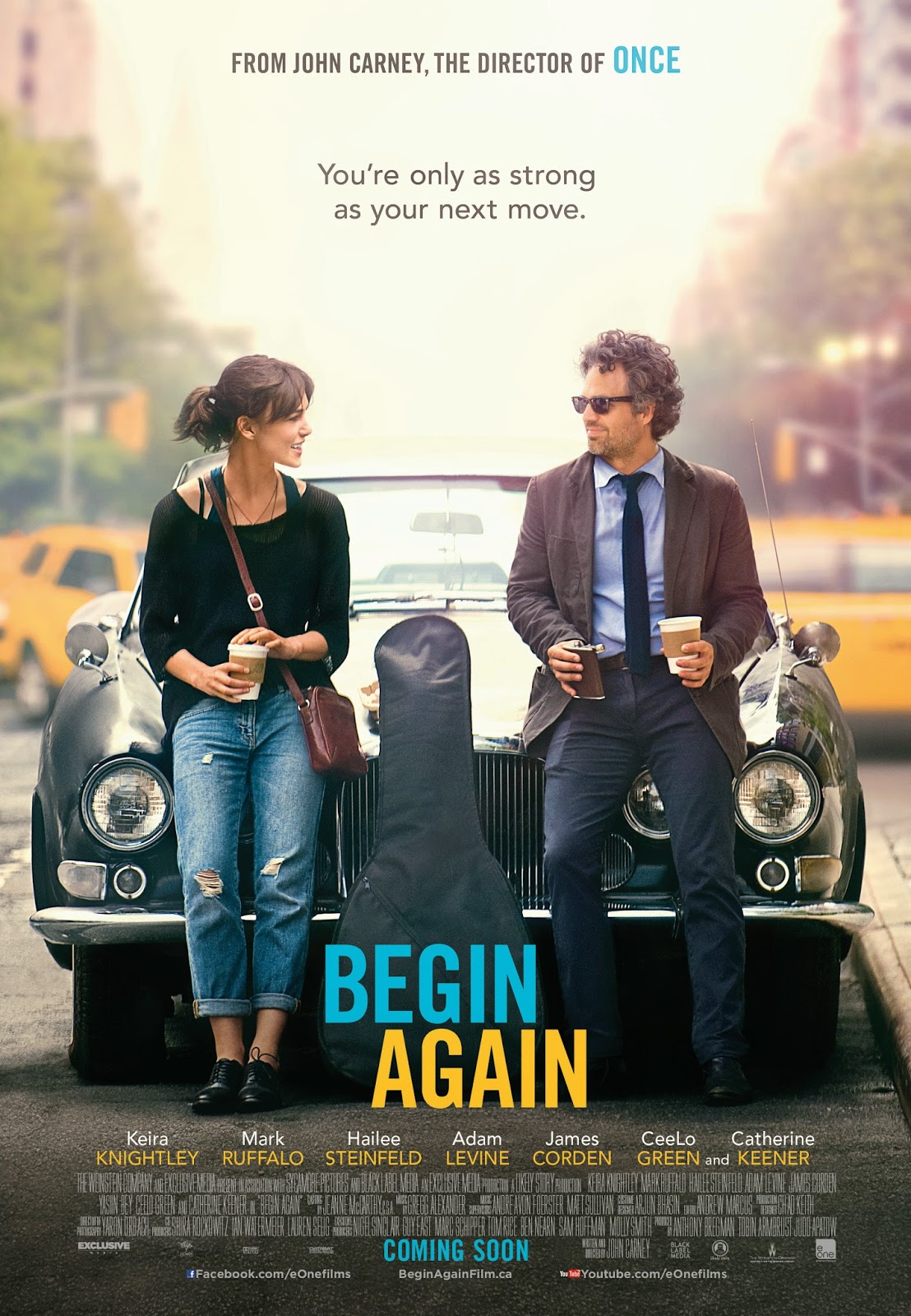 Any fans of Once here on Cinemablographer? Yes? There’d better be! Director John Carney made a true breakout with 2007’s acoustic love balled Once and he’s finally back in movie musical territory with the sweet ditty Begin Again. Begin Again opens in theatres July 11 from eOne Films, but if you want to win tickets for an Ottawa sneak peek (along with some cool swag!), answer the trivia below to enter!


Synopsis: The latest film from writer-director John Carney (Once), Begin Again is a soul-stirring, uplifting comedy about what happens when lost souls meet and make beautiful music together. Gretta (Keira Knightley) and her long-time boyfriend Dave (Adam Levine) are college sweethearts and songwriting partners who decamp for New York when he lands a deal with a major label. But the trappings of his new-found fame soon tempt Dave to stray, and a reeling, lovelorn Gretta is left on her own. Her world takes a turn for the better when Dan (Mark Ruffalo), a disgraced record-label exec, stumbles upon her performing on an East Village stage and is immediately captivated by her raw talent. From this chance encounter emerges an enchanting portrait of a mutually transformative collaboration, set to the soundtrack of a summer in New York City.

Thanks to our friends at eOne Films, Cinemablographer has ten (10) prize packs to give away to an Ottawa sneak peek of Begin Again. Prize packs include a double pass to see the film, plus a Begin Again headphone splitter, guitar pick set, shades and mini poster. All you have to do to enter is answer the following question:

Begin Again marks a new musical from the director of Once. What song from Once won the Academy Award for Best Original Song?

Email your answer and full mailing address to contests@cinemablographer.com with the subject “Begin Again.”
(Limit one email entry per person please.)
Bonus entries go to anyone who likes/shares this contest on Twitter and Facebook!

Begin Again opens in Ottawa July 11 at The ByTowne.