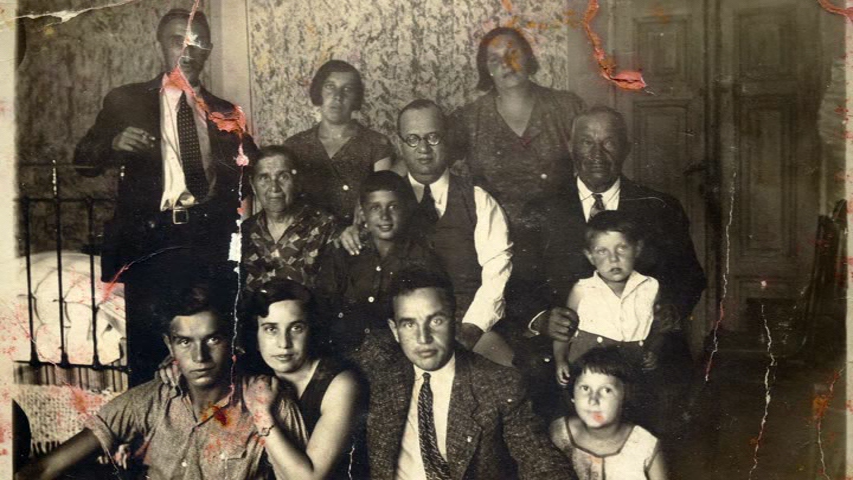 Writer/director Yael Reuveny scores a winner with her remarkable feature debut Farewell, Herr Schwarz. This powerful documentary, which screens Thursday as part of the Canadian Film Institute’s ongoing Israeli Film Festival, is a moving exploration of family history. Reuveny’s approach is beautifully intimate and delicate in its simplicity. Farewell, Herr Schwarz is a deeply personal film—almost uncomfortably so in its emotional frankness—yet the candor and vulnerability of the filmmaker fuels one’s desire to learn more.


“Isn’t calling Germany ‘home’ going a little too far?” asks Yael’s father, Shauli, when she puts her parents before the camera for the opening scene of Farewell, Herr Schwarz. A comical—and relatable—fit of semantic nitpicking ensues as the Israeli-born filmmaker debates with her family questions of homeland, residence, and belonging. Yael, as she goes to explain in voiceover, is a member of third generation Israelis “raised to reject the diaspora.” Her grandmother, she notes, escaped Europe after she survived the Holocaust and forever cursed the German soil that took the lives of her family members. Yael’s decision to live in Germany might seem like the ultimate betrayal of her roots, but the story behind her grandmother’s curse—or, rather, the alternate story—offers unexpected catharsis that spans generations.

The story starts with a photograph as Yael offers a still image of her grandmother, Michla, with her arm around her brother, Feiv’ke. The other family members remain nameless as Yael looks at the family photo featuring the brother and sister in a warm embrace. “To me,” Yael says, “they were only the Schwarz family who died in the Holocaust. Back then, there was only one story.”

The “one story” is a particularly distressing one about Michla’s heartbreak over the news that Feiv’ke “died twice” during the war. Michla, believing herself to be the lone Schwarz survivor, learned that her brother had survived the camps. They made plans to meet at a train station in Lodz, but her brother didn’t appear. She never heard from him again and assumed the worst.

The rest of the story, however, is almost too strange to believe. Yael learns that Feiv’ke lived and enjoyed a long life in Germany under the name Peter Schwarz. He married and had children. The family line not only stayed in the very land that Yael’s grandmother cursed, it flourished. It’s one of those tales like the story of Rodriguez in Searching for Sugarman—although it feels like gross rationalization to liken Holocaust survival to the story of a fledgling music career—that almost seems too dramatic to be true.

The truth presents a range of emotions across the generations of family members Yael interviews. “Why would someone choose to remain among them after they killed his family? Why did he stay there? … It’s beyond understanding,” says her mother over the phone while Yael digs further into her German relations. Scores of bittersweet happiness arise, too, although each relief for Feiv’ke’s survival also meets an element of betrayal, since none of the family members can fathom why their ancestor chose his escape.

The German relatives—Peter’s children, in-laws, and descendants—are equally surprised by some of the news. As Yael meets Peter’s sister-in-law (dubbed “Aunt Helga”) and learns a part of her family history, two distant relatives repair a lost connection as they flip through old photographs. It’s jarring for Yael to see images of German soldiers tacked lovingly in an album, but it’s surprisingly therapeutic, too.

As Yael unfolds the story of Peter Schwarz in three chapters dubbed “First Generation,” “Second Generation,” and “Third Generation,” her investigation ultimately bridges the distance that decades of anger and resentment have built within her family. The multigenerational tale of Farewell, Herr Schwarz is genuinely moving as Yael brings participants from both sides of the family together in her quest for truth. Relatives and generations travel and explore new territory, which ties Yael’s own exploration directly into the question of the diaspora that begins the film.

Farewell, Her Schwarz shows that moving away from the homeland doesn’t require a loss of family ties. The memory of Feiv’ke/Peter Schwarz fades as Yael continues her life in Germany, but her exploration of the story behind the photograph ultimately puts to rest one of the family ghosts. Yael might never have learned about Peter’s life and family—by extension, her family—had she not left Israel, so her story develops a stronger sense of belonging and a greater appreciation for her roots as time goes by. This poignant documentary is a powerful tale of family history and legacy.