A Place in Heaven 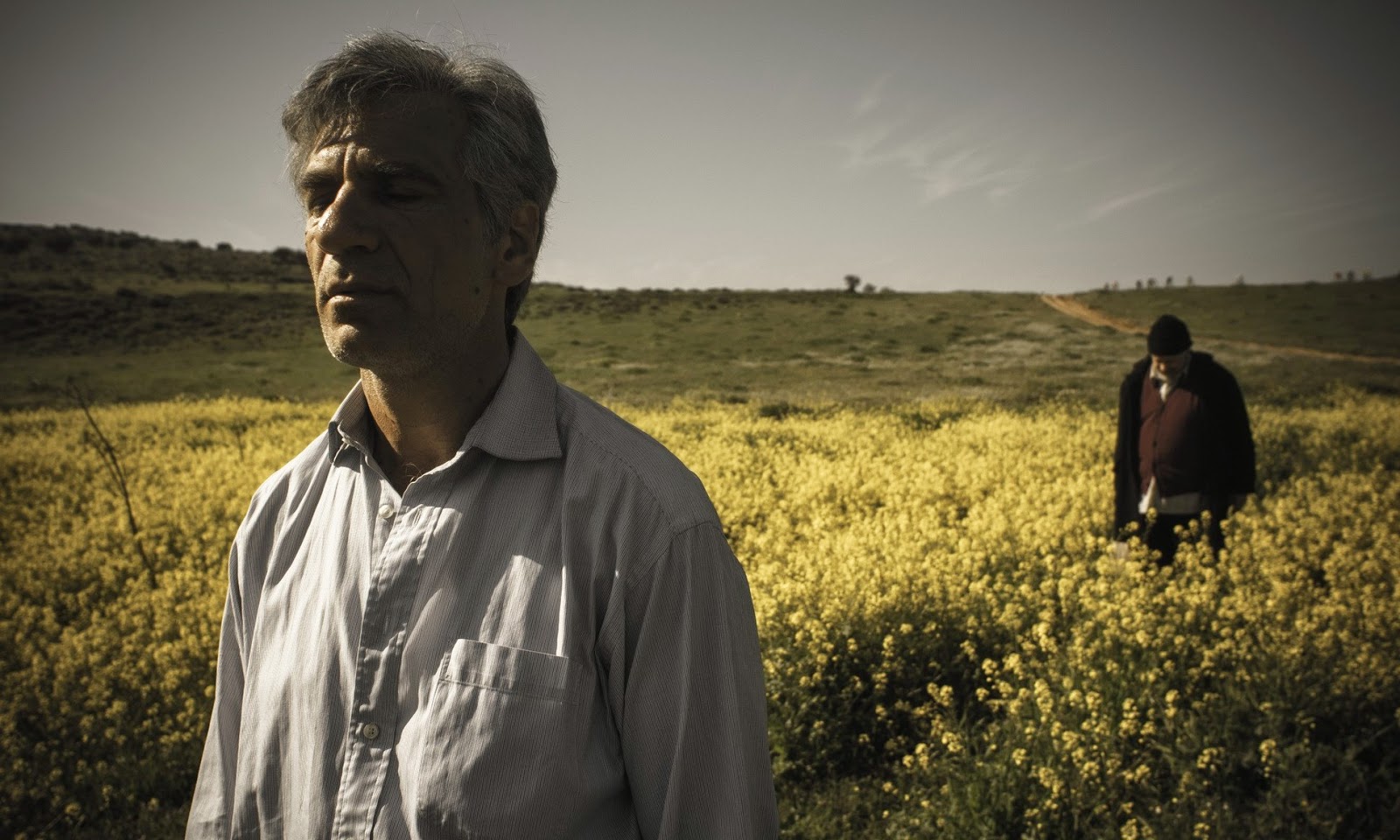 A soldier, hungry in the battlefield, might do something drastic to save himself. Alternatively, a soldier looking for redemption might do anything to be saved when his life is on the line. An odd transaction—mutually beneficial it seems—happens almost anecdotally in Yossi Madmony’s sprawling A Place in Heaven as two soldiers strike a quick bargain during a repose from battle. Their deal follows an odd precept of Jewish law that permits a person to sell his or her place in heaven. The afterlife should cost a great deal, but a soldier named Bambi (Alon Aboutboul), the hero-of-the-moment after a risky mission, trades his soul for a plate of eggs. The deal occurs quickly and hurriedly like two friends trading a stick of gum for a cigarette. The nonchalant air with which Madmony dramatizes this transaction doesn’t bode well for the egg hungry man.


In fairness to Bambi, though, he is not a spiritual man while the cook is a religious Holocaust survivor. Eggs might therefore be more valuable than a place in heaven if a man doesn’t believe heaven exists. Bambi should believe in heaven, though, for the opening frame of A Place in Heaven sees an older Bambi gazing out at the sky seconds before he is gunned down in the hallway of his apartment and left for dead.

A Place in Heaven races through time as Madmony lets this one simple deal alter the course of Bambi’s route to the afterlife. The film spans decades and wars as Bambi starts a family, provokes a curse from an unhappy father-in-law, and struggles to relate to the son he long desires. A Place in Heaven unfurls Bambi’s life fleetingly, as years—in some places decades—move with a swift cut from one shot to the next. The film discombobulates viewers as it presents Bambi’s utter mess of a life as he loses more and more control of his destiny following the fateful meal of eggs and tomatoes.

More inclined for heaven, however, is Bambi’s son, Nimrod (played in the adult years by Tom Graziani), who develops a born again piety in defiance of his father’s unholy ways. The sins of the father are atoned for by the son, and A Place in Heaven sees Nimrod race to save the soul of his condemned father. Madmony presents the son as equally fallible as his father is, for his own devotion to scripture leads him down a path of cruelness, stubbornness, and near-fatal pride. Nimrod lives his life to the letter of holy law, but he has an utter lack of faith in the people in his life. Madmony asks at what point does salvation comes through belief or experience, as A Place in Heaven presents two disparate, but equally flawed men.

A Place in Heaven, much like its father-son duo, struggles to find coherence as it grabbles with questions of fate, faith, and family. The film is often difficult to follow from a perspective of narrative lucidity, for it leaps across time so quickly almost to the point of intelligibility, especially as characters (re: Nimrod) age and change actors from one cut to the next. Similarly, the abruptness with which Madmony cruises through the lives of characters dispenses with some of the films stronger actors, like Rotem Zisman-Cohen who plays Ayala, Bambi’s wife and Nimrod’s mother, and leaves the heavier work of the final act of the film to the comparatively weaker Graziani. Alon Aboutboul, on the other hand, is consistently strong in his austere and detached performance as Bambi. He plays Bambi as a man made of galvanized steel, as if rendered cold through life by his faithlessness and inevitable damnation.

A Place in Heaven is always thematically sound, though, even if Madmony’s epic story loses its intelligibility through its sprawling scope. The dingy earth-toned cinematography by Boaz Yehonatan Yacov almost rejects heavenly light from seeping its way into Bambi’s story while the elliptical editing and pacing of the film intertwines the fates of the father and the son with the fate of the nation as each stage of their strained relationship is inherently linked to the fate of the nation.

Madmony avoids preaching and he presents the audience with an unexpectedly sunny image of the afterlife—or perhaps of purgatory—as the final scene brings Bambi’s soul to the moment of judgement. The revitalizing openness and warmth of the scene grants a pleasant open-endedness to the story. This thoughtful film leaves it up to viewers to decide what merits a person’s place in heaven: whether faith is the ticket is up to you.

A Place in Heaven screens at the Canadian Film Institute’s Israeli Film Festival on Thursday, June 19 at 7:00 PM at Library and Archives Canada (395 Wellington St.)