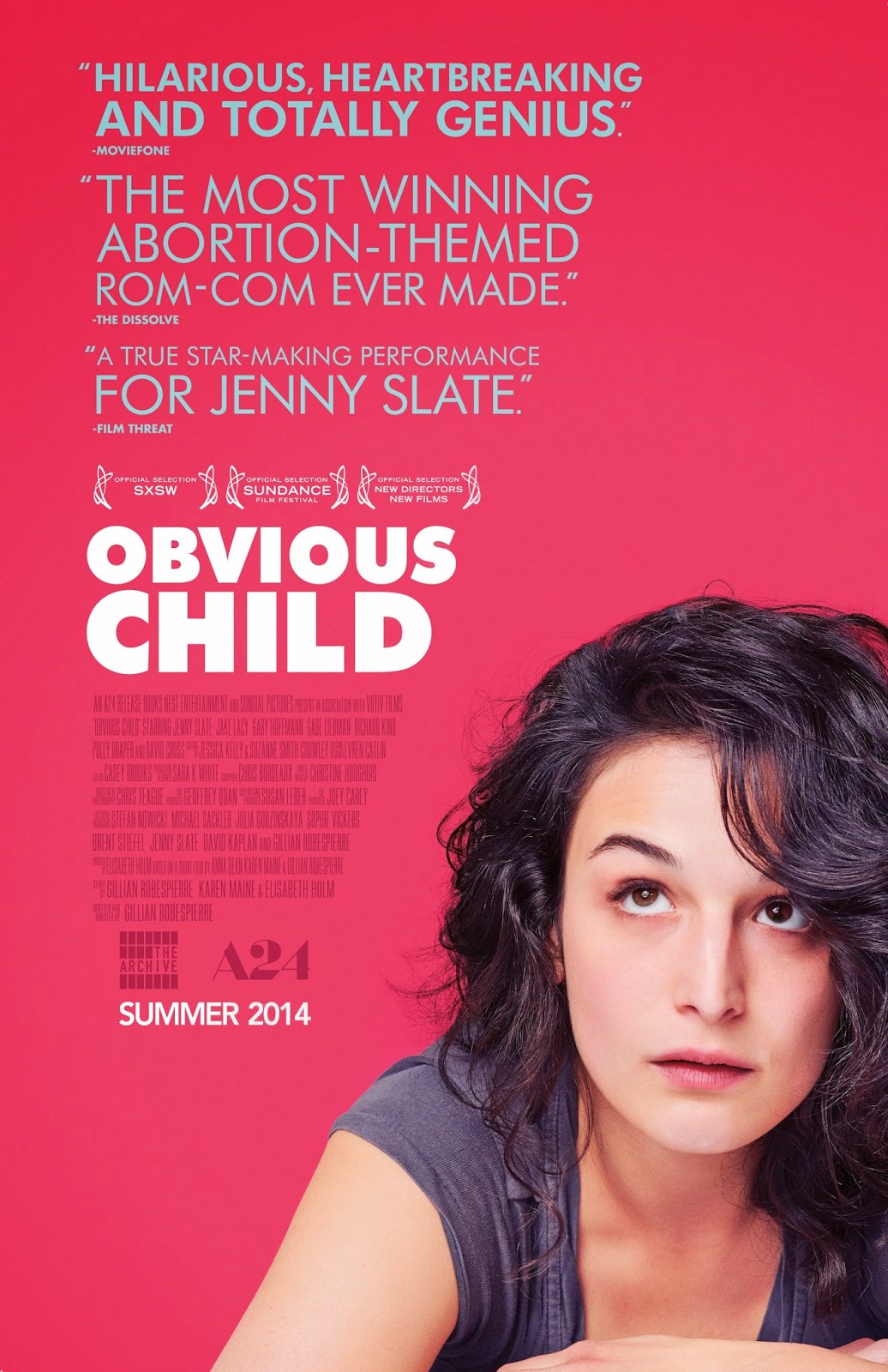 People raved after enjoying a Toronto sneak peek of ObviousChild earlier this week. Now Obvious Child wants to warm the hearts (and butter) of Ottawa readers. Obvious Child opens in Ottawa this July, but a few lucky readers may win tickets to a sneak peek of this summer’s breakout indie comedy starring Jenny Slate! Answer the trivia below for your chance to win.

Cinemablographer has ten (10) double passes to give away to the Ottawa sneak peek of Obvious Child. All you have to do to enter is answer the following question:

Email your answer and full name to contests@cinemablographer.com with the subject "Obvious Child".
(One email entry per person please.)
Bonus entries go to anyone who likes/shares this contest on Facebook and Twitter!