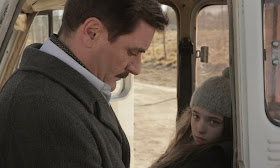 The German Doctor lives and dies by its status of being inspiring by true events. This might seem like an unfair diagnosis for the film, which repped Argentina in the most recent Oscar race for Best Foreign Language Film, but much of the power, horror, resonance, and disappointment one feels while watching The German Doctor almost inevitably pertain to the true events that intersect with the narrative. The German Doctor is a frequently satisfying and occasionally chilling tale of Nazi hunting, but the title cards that end the film and fill in the gaps are almost fatal punctuation marks for how much further writer/direct Lucía Puenzo (XXY) could have taken this intriguing story.


Spoilers prevent one from revealing the precise turns of fate that leave a dissatisfying aftertaste once the credits of The German Doctor roll. An act of telling, rather than showing, undercuts the power of the film, especially since much of the drama that precedes it is disappointingly underdeveloped. The result is a thriller that never really thrills, but a drama that unfolds with enough intrigue to make one want to know more.

The tale itself is fairly interesting, for The German Doctor takes viewers back to 1960 Patagonia where a family begins a new life in the picturesque setting. (The beautiful cinematography by Nicholás Puenzo ensures that The German Doctor portrays the setting as a tourism board’s dream even if the story of Nazis hiding out in paradise is said board’s worst nightmare.) The family meets a creepy doctor en route, they befriend him, and they eventually welcome him into their home. Said doctor, it turns out, is Josef Mengele (Àlex Brendemühl), a notorious “Angel of Death” for the Nazis now hiding out in South America in the years since the war. Many films dramatize the Holocaust, but few explore the aftermath of the Nazi war criminals—save for the film geekery of Inglourious Basterds or the haunting lyricism of Lore—so there’s a lot one hopes to learn from The German Doctor.

Puenzo invites the audience to judge Mengele as a cruel and calculating monster as he preys upon the family. Their twelve-year-old daughter, Lilith (Florencia Bado), develops an especially close relationship with Herr Doktor as he takes an interest in her underdeveloped prepubescent body. Puenzo frames Mengele as something of a pedophile, for she introduces the villain with a lingering shot as he gazes on Lilith’s legs as they stick out the family car while she readies it for their trip to Patagonia. His interest in Lilith is mostly clinical, though, for both she and her pregnant mother, Eva (Natalia Oreiro) become lab rats in his experiments. (The family members, especially Eva, are a bit too naïve and trusting of this creepy stranger.) The German Doctor hints at German roots in Eva’s past, but the material never delves into her potential Nazi fanaticism. Whether Lilith’s mother clings to Nazi ideology and, in turn, puts the future of her family at risk, remains one of The German Doctor’s many half-baked mysteries.

The clear angle of Puenzo’s direction, however, is that Mengele is a monster. Brendemühl’s performance portrays him as chillingly detached from the human condition; similarly, the astonishingly strong performance by young Bado (making her debut) provides an idyll innocence that slowly becomes tainted—yet fights corruption—as the German doctor works his deadly medicine. The post-scripts of The German Doctor tell how Mengele’s deplorable experimentation on the weak lasted for decades after the Holocaust, and the title card at the end of the film confirms that Puenzo competently dramatizes this facet of her historical retelling.

The other post-script, however, offers a jarring remark about Israeli-Argentine photographer Nora Eldoc that hints at a whole other story that might have been more thrillingly cinematic. Elena Rogers play Nora in what is easily the film’s most captivating performance, which is especially commendable since Eldoc is easily the most underwritten/underdeveloped piece of the puzzle. The German Doctor reveals the town’s resident photographer to be an Israeli spy, as her snapshots of the happy families and her archival work on Nazi war crimes actually double as a cover/access point for her to gather information on Nazis at large. 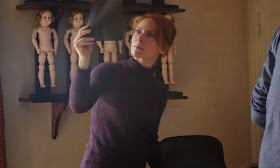 There’s plenty of intrigue on Nora’s side of the investigation, especially since Rogers examines every photograph with a hungry inquisitiveness that evokes the sense that her hunt for Mengele is a much juicier story than his cruel preying on Lilith. Nora’s investigation extends the Patagonian affair to the larger story, for her correspondence with higher forces situates the mission within a greater operation, but her mission barely intersects with the other storyline except for a few schoolroom interactions with Lilith. The German Doctor rarely capitalizes on the opportunity to develop tension, mystery, and suspense in addition to conveying the historical significance of the tale. (One almost feels cheated out of a better by the final remarks on Eldoc’s fate and by the final/only nerve-wracking confrontation between Mengele and Eldoc.) The missed opportunity is especially frustrating, since The German Doctor moves swiftly through its quick hour-and-a-half running time, so Puenzo could have easily filled out the film with greater meat and substance. It’s a shame that she didn’t since Eldoc and the superb Rogers are easily the more interesting—and cinematic—part of the tale.

Puenzo never really uses The German Doctor as anything other than as a vehicle for straightforward storytelling, but the tale she unravels proves engaging for each of its quick 93 minutes. The German Doctor touches upon things, but it rarely tackles them. The film itself provokes a great deal of questions and the production value is notably strong, especially the clanky score that features contributions from Nick Cave and Warren Ellis, so this historical drama is bound to satisfy some art houses audiences. Viewers looking for a satisfying thriller or meaty interrogation of history, however, might leave the theatre hungry.

The German Doctor screens in Ottawa at The ByTowne until June 12.


What's your diagnosis for The German Doctor?